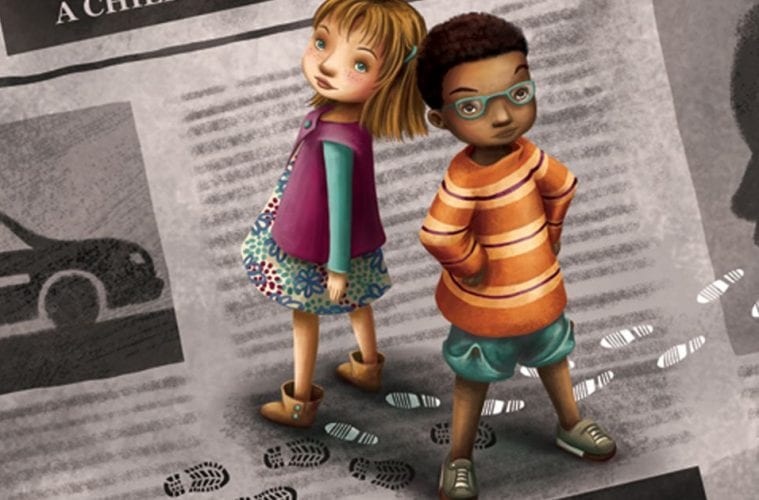 One of the biggest challenges a group of local psychologists faced in writing a book about child trauma surrounding police-involved shootings in the African American community was whether or not they should use “some,” “most” or “many” when describing the number of cops who make right decisions.

Dr. Marianne Celano, Dr. Marietta Collins and Dr. Ann Hazzard are child psychologists who met while working at the now-defunct Child and Adolescent Psychiatry Outpatient Clinic at Grady Hospital and the Child Assessment Clinic within Emory Pediatrics. The three women shared a passion for empowering black families, many of whom were low-income clients, to help them deal with various systems, including schools and juvenile detention facilities. In addition to simply diagnosing children, the psychologists worked with parents to help them understand the implications of certain tests and labels.

Around the time they began considering writing a book for children for the American Psychological Association’s Magination Press, a string of highly publicized police-involved shootings was forcing Americans to reflect on the ways in which these incidents were traumatizing the black communities that were experiencing them. 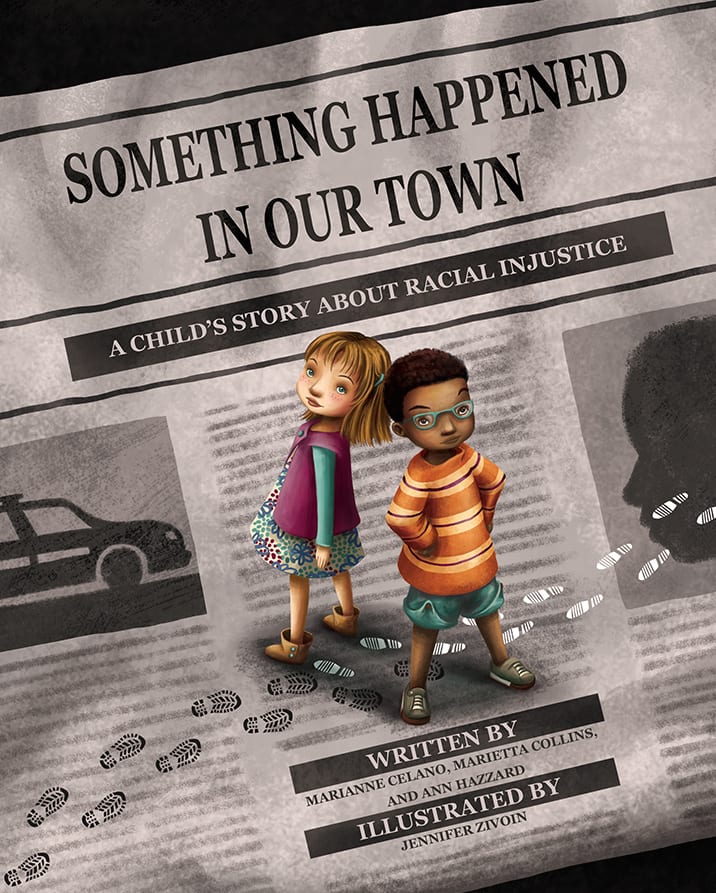 The trio eventually collaborated on Something Happened in our Town: A Child’s Story about Racial Injustice, a fictional story centered around two families (one black, one white) who are both involved in discussing incidents of racial injustice with their inquisitive young children. Intended for children who are around the ages of four to eight, the book, illustrated by Jennifer Zivoin, is designed to create open dialogue between parents and their kids about police brutality. The original release date was pushed up from June 11 to May 1 in light of the fatal shooting of Stephon Clark by two Sacramento Police Officers in March.

The authors say they felt it was important to give room for the emotional response of black families while also facilitating a productive conversation. Something Happened in Our Town touches on the differences in how black and white families might engage with this topic. For instance, black families often have to talk with their kids early on about race in order to prepare them for life, but white families have the option of avoiding the uncomfortable topic altogether. Of course, every family is different, and writing a book that accurately represents the typical experiences of a group of people can be challenging.

In the book, a young boy named Josh asks his family about a police-involved shooting. When his dad says the cop probably won’t go to jail, his older brother comments, “Cops stick up for each other. And they don’t like black men.”  Later, after a confused Josh asks how this can be true when there are black cops, including his uncle, his dad responds, “There are many cops, black and white, who make good choices. But we can’t always count on them to do what’s right.”

Celano says they’ve received criticism for their use of the word “many” from people who think they are either being too lenient or too hard on the police, but the psychologists say it’s okay if readers disagree with the wording. The important thing is that the book should spark an open dialogue among families.

The emotional aspect of the black family’s conversation was just as important for authenticity, Collins says, noting that it’s juxtaposed by the conversation that occurs among the members of a white family earlier in the book in which the parents have to explain race and America’s history with slavery to a young girl named Emma who is asking why police shot a black man.

Collins notes that children as young as three can perceive racial differences, even if white families think they’re raising them to be “colorblind.” All three women said they hope the book equips these families with the language and tools necessary to approach these conversations with their kids.

“If parents don’t talk about things, then kids kind of draw their own conclusion about which racial group is better, or if there is a group that is better,” Celano says. “They look at how blacks and whites are represented in the media. They look at how in cities mostly black people live in the poorer neighborhoods, and they might have questions about that. They notice these things and draw their own conclusions. They look at who their parents’ friends are. If [white] parents don’t say anything, kids might draw the conclusion that it’s better to be white than black.”

All three psychologists say the “Note to Parents and Caregivers” section is just as important as the story itself. The section features age-appropriate sample dialogues, definitions and guidelines for parents to talk about racism with young children.

Since the book’s release, the authors have traveled to several schools, including the Sacramento school attended by Stephon Clark’s younger sister, to read and have discussions with students. The authors will host a panel discussion for parents about their new book at the Decatur Library Auditorium on July 16 at 7:15 p.m.