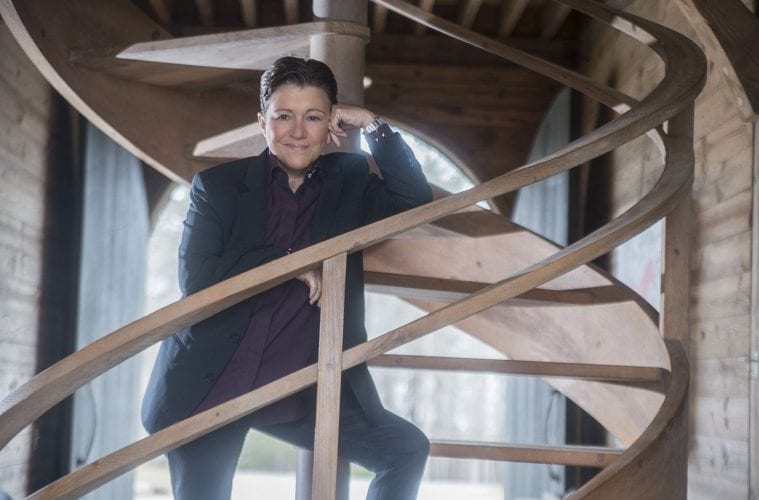 Tena Clark’s childhood in rural Mississippi was the perfect training ground for her life in the music industry, where success is often predicated on an ability to listen, make accommodations for idiosyncrasies and emerge with a compelling throughline. But it took writing her own memoir, Southern Discomfort, to gain perspective on the painful past that yielded so much beauty. 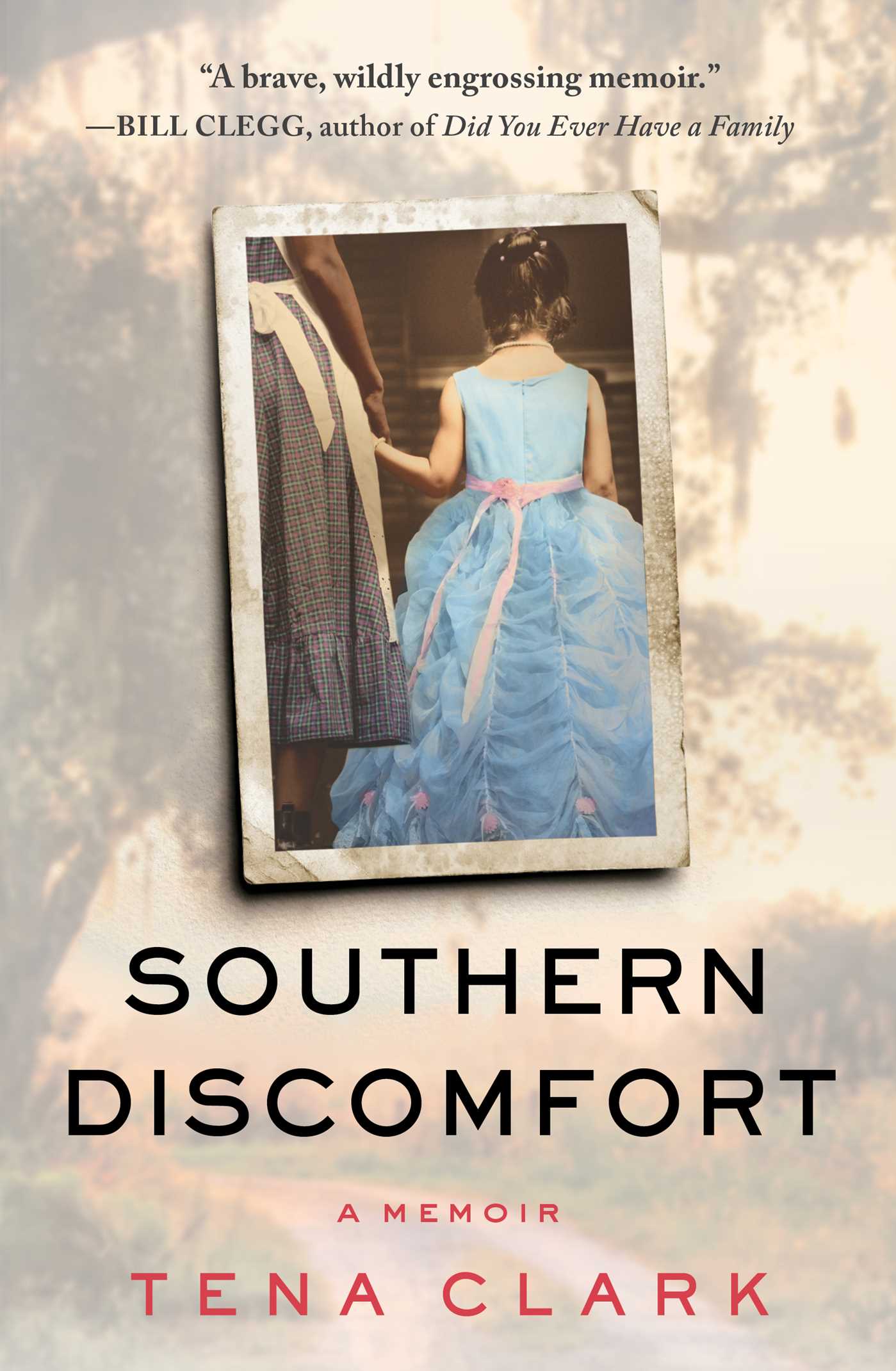 Clark, an Atlanta-based Grammy Award-winning producer, engineer and songwriter, was discovered by Stevie Wonder, mentored by Burt Bacharach’s writing partner Hal David and called “little baby genius” by Patti Austin. She has contributed to movie soundtracks including The Five Heartbeats, Hope Floats and My Best Friend’s Wedding; penned the jingle “You deserve a break today” for McDonald’s; and pioneered the field of creating sound for corporate branding. And when the Queen of Soul wanted to fulfill her lifelong dream of cutting a Christmas album 10 years ago, she called on Clark.

But whether working with Aretha Franklin, Patti LaBelle or Chaka Khan, Clark says it was always her Mississippi background that rooted the music.

“When I sat down to write a song, R&B is what came out of my fingers, my soul and my words,” says Clark. “But it was never a conscious choice. My soul had grown from the soil of the South. That place, that time, that pain, that joy. Those hot summer, barefoot, dirt road times. Mississippi shaped me.”

More often than not, that shaping process left Clark feeling like a square peg forced into a round hole.

Born in Waynesboro, Mississippi, in 1953, the baby in a family of four girls, Clark grew up on the privileged side of the color line in the Jim Crow South of the 1950s and ‘60s. Her father, Lamar, was a rich man, and her mother, Vivian, was a songwriter in the Big Band era, who, Clark says, possessed a wild kind of beauty. Home was a sprawling farm that Clark never tired of exploring on foot, when not astride her beloved burro, Frank.

One of Clark’s earliest memories is glancing up from a set of Lincoln Logs to find her big sister and a friend towering above her, decked out in green-glitter leotards with white tasseled boots and sparkling batons. In what Clark now describes as a revelation, she remembers thinking at five years old: “I don’t want to be a majorette. I want to marry a majorette.” 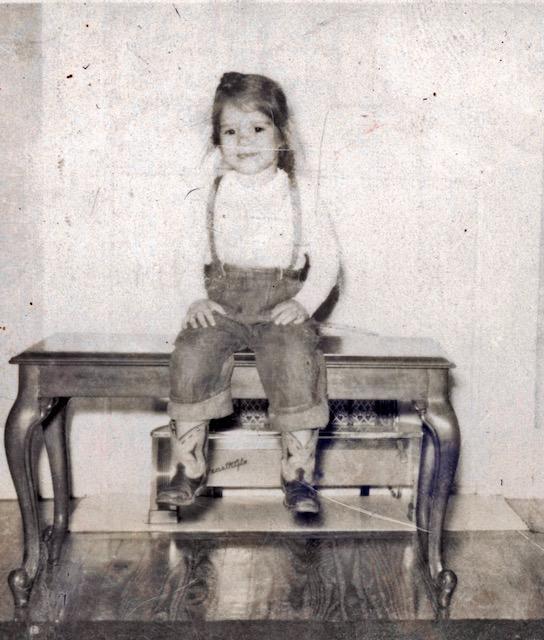 Tena Clark in Waynesboro, Mississippi, circa 1957. Clark writes about her difficult childhood in her new memoir Southern Discomfort.

A tomboy to the bone, she identified deeply with Scout Finch, Harper Lee’s independent-minded heroine from To Kill a Mockingbird. And when left to her own devices, she dressed the part. Her parents, on the other hand, insisted upon dressing her like Little Bo-Peep in the finest crinoline skirts, gloves, patent leather shoes, ribbons and hair bows that money could buy.

Despite the creature comforts (she received her first car, a royal blue Camaro, when she was just 12 years old), Clark chafed at the legacy of slavery and racial injustice that permeated every aspect of her life. She hated the status quo that kept women like her nanny, Virgie Chapman, subservient to white people. The mix of her mother’s alcoholism, hot temper and habit of brandishing a .38 Colt when she’d had enough of her husband’s serial philandering meant Clark had a front-row seat to a union where volatility and combustibility were the default settings.

The rules for children then were straightforward: Keep family secrets. Never question authority. And reply, “Yes, sir,” and “Yes, ma’am,” especially when in doubt. Though Clark obliged,  she also remembers thinking something was deeply wrong when Vivian would divulge intimate, age-inappropriate details about the complexities of her married life. Or whenever Lamar shared pearls of wisdom with his baby girl, including, “There’s not a son-of-a-bitch alive that can’t be bought,” and “Don’t you ever trust a woman.”

The toll of playing by those rules often made Clark feel invisible, unless she was lucky enough to be within her nanny’s field of vision.

“When I think of Virgie, I think of a warm quilt you’d wrap up in, or something warm you’d drink on a really cold day,” says Clark. “She would have never stood up to my father and mother and say, ‘Y’all, please stop. Just stop! Stop this craziness, fighting and drinking.’ But she’d grab my hand and say, ‘Let’s go outside and hang up some clothes . . . or look at the animals.’ She was a constant source of comfort and normalcy who made me feel like everything was going to be alright, even in the midst of a tornado.”

Though Virgie taught her young charge the meaning of faith, simplicity and unconditional love, Clark’s trips to New Orleans with her mother changed her life.

“When mama — six-feet-tall, jet-black hair dressed to the nines in her stiletto heels and mink stoles, with a cigarette in one hand — would open up that door to the Blue Room, [orchestra leader] Leon Kelner would stop the music and announce, ‘Ladies and gentlemen, Miss Vivian Clark just walked in the door and I am going to play one of her songs,” says Clark. Her mother’s song “Let’s Face It” remains a personal favorite, Clark says.

“I think the music was her lover, her affair and her place where she felt important and that she had self-worth. Now, that all ended the moment she got back in the car to drive home to Mississippi. But she gave me that love of music — as a balm, a respite and an escape — in a big way.”

To Clark’s surprise and delight, it seems Southern Discomfort has given to readers what music gave to Vivian: the space to exhale. After Clark read the book’s prologue at the Southern Independent Book Association’s annual conference in Tampa last month, listeners let her know that the truth-telling struck a chord in the wake of the #MeToo movement and the nation’s reckoning with the toxicity of keeping secrets. And while part of her frets about the truth hurting the people she loves most, the words of a fellow Mississippian have been a source of comfort: “Well, sometimes it’s just hard for people to lift the petticoat.”

Tena Clark will read and sign her new memoir Southern Discomfort at Serenbe’s Hills & Hamlets Bookshop on Friday, October 12, at 6 p.m. and at the Alliance Theatre on Sunday, October 14, at 3 p.m.