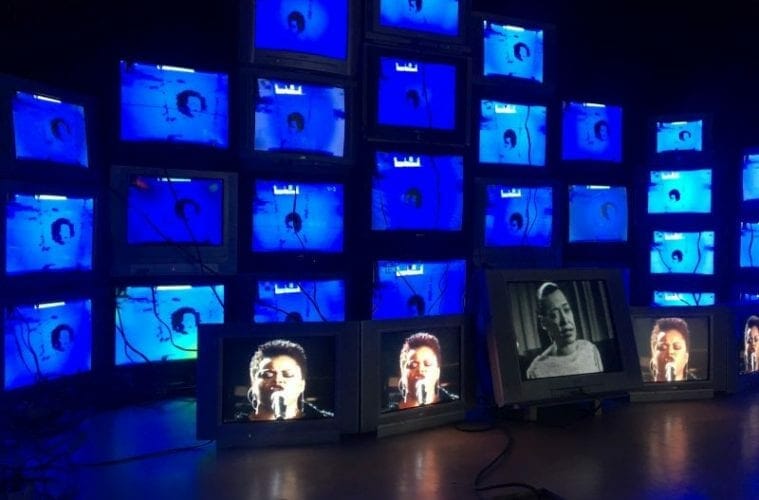 Chicago-born, Atlanta-based multimedia artist Paul Stephen Benjamin is the 2019 winner of the Hudgens Prize, one of the largest awards given to an individual artist in the nation.

The prize, given annually by the Hudgens Center for Art & Learning in Duluth, comes with a $50,000 cash prize and a solo exhibition, and can be life-changing. Look for Benjamin’s solo show in August–October 2020. 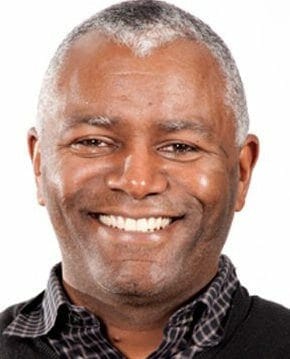 “I’ve been submitting for a number of years, and to actually be a finalist was an honor,” Benjamin says. “But to take it even further and actually win the prize is a tremendous experience.”

An exhibition featuring work from all four finalists continues through October 25 at the Hudgens Center. The other finalists were ceramic and clay artist Darien Arikoski-Johnson, tap dancer/performance artist Benae Beamon and painter/sculptor Michi Meko.

Benjamin, who’s in his early 50s, has a B.A. from the University of Illinois at Urbana-Champaign and an M.F.A. from Georgia State University. His work has been seen at the Tacoma Art Museum in Washington state, the Zuckerman Museum of Art at Kennesaw State University, the Telfair Museum’s Jepson Center for Art in Savannah and Atlanta’s Marcia Wood Gallery and Poem 88.

He was one of three winners of MOCA GA’s 2016–17 Working Artist Project, and his video installation God Bless America was seen at The Studio Museum in Harlem. In 2016, he exhibited Black Is the Color at the High Museum of Art, a meditation on the color black as an entry point into discussions of identity, race and masculinity and the exploration of the complexities of racial identity.

“I work hard to make sure my work is not in your face,” he said of that show. “I think a work should be engaged multiple times. If you see a painting or piece of sculpture and know everything about it at first sight, why go back and see it again? I like how art can continue to inform and be experienced repeatedly.”