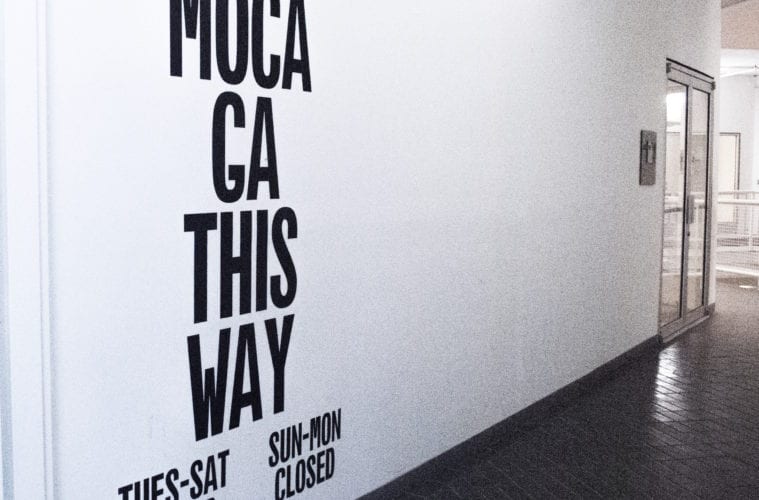 Atlanta’s Museum of Contemporary Art is in the process of securing property to build a permanent home at the Goat Farm Arts Center in West Midtown, according to Annette Cone-Skelton, MOCA GA’s president, CEO and director.

She made the announcement Saturday night at the museum’s annual gala, an event that honored Elkin Goddard Alston, whose $1 million gift in 2016 became the seed money for this effort. “We are in the process of due diligence and engaging fundraising consultants to help us navigate this new chapter in MOCA GA’s history,” Cone-Skelton said.

Architect Merrill Elam, principal in Mack Scogin Merrill Elam Architects and a MOCA GA board member, will design the building. The Atlanta-based firm has done projects all over the world, including the Atlanta home/studio of artist Radcliffe Bailey and the lobby renovation at One Midtown Plaza.

Although Cone-Skelton offered no details about the exact location for the new MOCA GA, she said it would be a highly visible spot. It’s part of a larger redevelopment plan for the Goat Farm, which co-owner Anthony Harper says will be announced soon.

MOCA GA was founded in 2000 and presented its first exhibition in 2002. Its mission is to collect and archive significant, contemporary works by Georgia artists and place that work in a global context.

The museum first opened in Midtown on Peachtree Street and later moved to SunTrust Plaza. Since 2007, it has been part of the split-level MOCA GA/TULA complex on Bennett Street in Buckhead.