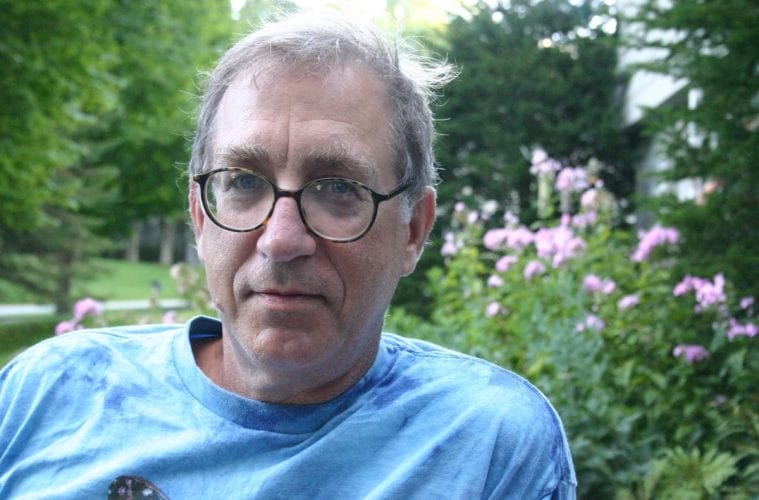 Residents of Atlanta are familiar with the city’s ills — income inequality, long commutes, public transportation woes, sprawl, disparate neighborhoods, racial injustice and so on. Yet residents of Atlanta are also passionate about the city’s future, as is evident in the ambitious BeltLine project. Walkers, runners, bikers, pet owners and neighborhood residents commingle along the path, some stretches now densely populated with businesses and new residences. Although still in progress, the BeltLine best represents a modern multifaceted attempt at urban renewal. Underpinning this urban renewal is the seemingly inexhaustible hope of the people.

Although currently living in Vermont, Mark Pendergrast is an Atlanta native who remains focused on the life and progress of the city. An extensive researcher, his previous nonfiction books include For God, Country, and Coca-Cola; Uncommon Grounds; Inside the Outbreaks; Mirror, Mirror; and Victims of Memory. In City on the Verge (Basic Books, 352 pp), Pendergrast gives readers a comprehensive understanding of Atlanta’s history, problems and possible futures.

What is a city on the verge? A problematic past does not have to define the future. Problems beg for creative solutions: 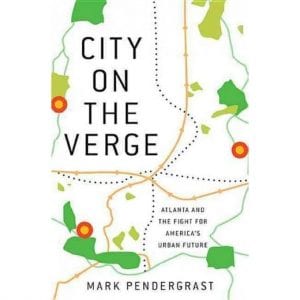 “Atlanta is a city on the verge of becoming a great place to live and work, with sufficient density, multi-use trails and public transit. Especially through the BeltLine project, it is in the process of remaking itself, connecting disparate neighborhoods while encouraging development and a booming economy. If it can happen in Atlanta, it can happen anywhere, and the BeltLine could provide a model for the rest of the country.”

The BeltLine serves as a narrative frame for the book, but Pendergrast also analyzes the city and region beyond Atlanta’s limits. In the prologue, Pendergrast vividly traces his own journey walking along the BeltLine in progress, weaving in essential historical context, tracing Ryan Gravel’s journey and highlighting other important people involved in various stages of the initiative.

The book includes Pendergrast’s opinion only as bookends — in the prologue and introduction and then again in the last chapter and epilogue. The interior of the book sticks to third-person journalism. Types of information gathered include “original research, extensive historical reading, news synthesis, nearly four hundred interviews, and old-fashioned shoe-leather journalism.” Although the sheer amount of detail and information could easily come across as dry or slogging, Pendergrast does an impeccable job of couching the heavy data in narrative or scene, allowing the general reader to remain hooked and propelled through each chapter. Ancillary information is organized in footnotes, a glossary, an index and an extensive “notes on sources” section at the end of the book. The meat of the book is divided into two parts.

Part I of City on the Verge has two main threads. In the “Emerald Necklace” thread, Pendergrast outlines the origin, progression and future of the BeltLine project in Atlanta. Through Pendergrast’s imaginative lens the BeltLine is transformed from a glorified sidewalk into an emerald necklace encircling the city. Everything about this project is covered in extensive detail — the iterations, players, government departments, supporters, critics, planning, financing, implementing. Simply, he tells the story well. In the second thread within Part I, he provides a history of the city: from Terminus, to Phoenix City, to streetcar suburbs. Throughout these sections on the progress and history of Atlanta, Pendergrast highlights problems begging for solutions: the racial divide, transportation and increasing health concerns, for example.

In Part II of City on the Verge, titled “Neighbors,” Pendergrast explores each piece of the BeltLine in sharp focus: East, South, West, North. In his careful examination of each neighborhood, specific streets and blocks come to life for the reader. Historical data and interviews with neighborhood leaders paint these places as living, breathing entities. Each neighborhood has its own cycles, systems, personality and ills. The goal is not homogeny for these pockets of Atlanta, but health: healthy environment, transportation, education, safety and jobs. By the end of the book, it is abundantly clear that part of this health requires interconnectedness, an interconnectedness provided by the BeltLine. Therefore, the city must move forward and push ahead with the highest hopes for each facet of the project.

City on the Verge is a must-read for Atlantans who wish to know their city, who are invested in its future. Locals who have watched their neighborhoods transform completely in such a short period of time, and locals who are bracing themselves for it, will learn about the complexity of the goals driving this urban revival. In addition to history and policy, the book ultimately gives the reader hope: for renewal, growth and the future. The plans and analysis here can also serve as a model for cities across the nation. Those in governance and community leadership should be required to read City on the Verge, as the synthesis here is unmatched. But more urgently, this is, simply, for the people.

Mark Pendergrast will speak about City on the Verge at the Carter Center on Tuesday, May 23. Bill Nigut of Georgia Public Broadcasting will interview Pendergrast, and the interview will also run on Nigut’s Two Way Street program. A Capella Books is the bookseller for the event and is also selling preorders of signed copies for those unable to attend.