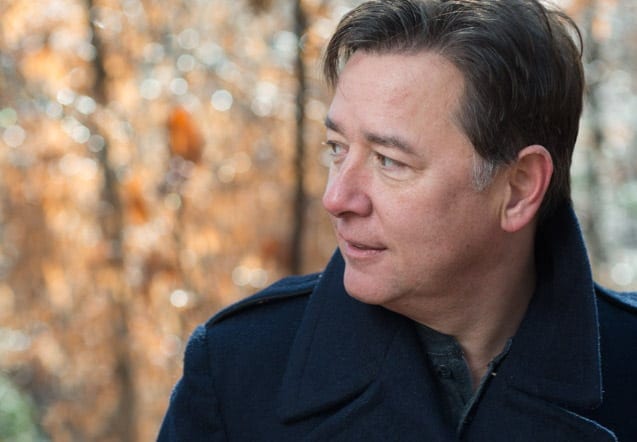 Where would we be without the metaphorical campfires to which we instinctively gravitate, whether in celebration or when our sense of well-being is threatened? What would we do without art, the stylized expression of experience and the people born with a gift for making something out of nothing? Who would we be without the creatives among us who are curious, inventive, avant-garde, imaginative, bold, industrious, driven, bright and utterly inscrutable — even to themselves sometimes?

To paraphrase painter Larry Walker, “Atlanta’s landscape would be bleak without the arts.”

In recognition of artists who are making marks and elevating the ordinary in the city’s arts and culture landscape, ArtsATL will be publishing a 12-part series of profiles about the spiritual alchemists among us.

We’re calling it the Legacy Series. And we hope it will serve as a reminder to artists everywhere that Atlanta sees you, hears you and cannot imagine a world without you.

Storytelling is one of the great joys of Daren Wang’s life. Like a human divining rod, he is constantly seeking and absorbing wisdom. Whether the raconteur is holding court from a barstool or being broadcast from a pair of audio speakers, it makes no difference to Wang (pronounced Wong). If the story’s compelling, he’s all in. He’s also a self-described vinyl-junkie, who says, “Dave Brubeck playing, a book and proper lighting . . . that’s a luxury of everything.” 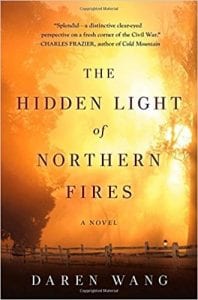 As founding executive director of the AJC Decatur Book Festival, Wang has championed the written word for 12 years and helped establish Atlanta as a literary hub among authors and publishing houses. Atlanta’s Public radio listeners may also know him as the producer and host of a variety of series and specials over the years. With the publication of his debut novel, The Hidden Light of Northern Fires (St. Martin’s Press, 320 pp) on August 29, he will add author to his already eclectic résumé.

The protagonist of Hidden Light, Mary Willis, was a real-life figure born ahead of her time. She earned a university degree in 1858 (when only two colleges in the country were admitting women) and was a feminist. As well, she was an abolitionist living among Confederate farmers in Town Line, New York (in the same home Wang and his family would occupy by the early 1970s) — a hamlet that voted to secede from the Union and declare itself an independent state during the Civil War.

In spite of the 150 years that separate Wang’s childhood from the events in his book, he says it wasn’t a challenge to imagine the limitations that were thrust upon Willis and convey the sense of isolation that must have shadowed her. As the son of a Chinese immigrant father and white American mother, he was singled out for being the closest thing to a minority in his school district. What passed for his nickname back then would rightly be characterized as an epithet today. Though he laughs at the memory of such small town slights and sensibilities, the residual impact has informed some of his book’s narratives.

“Daren has found his voice in writing this book,” says Jessica Handler, an author, essayist and visiting lecturer at Oglethorpe University. “He really has a good sense of who his characters are as people. You really feel what’s at stake for them right away . . . and get swept up in the book.”

It can be argued that Wang has made a career of getting swept away — no matter how far-fetched the inspiration or destination.

He quit his job as a bank teller in 1991 to start a literary magazine called Verb, which went on to earn raves from the Washington Post and NPR’s Morning Edition and was featured on the cover of Publishers Weekly. He still carries the business cards he designed back then, which read: Words * Music * Hare-Brained Schemes.

Wang is also a firm believer in road-tripping, saying some of his best ideas have come to him behind the wheel of a car.

During a solo drive from Georgia to New York in 1996, he hatched the concept for a 13-part series about Southern writers. Amazon, then a fledgling company, wound up funding the series, titled Porches: The South and Her Writers. And the cash infusion allowed Wang to give up writing biotech newsletters in favor of spending two-and-a-half years documenting the stories of established authors like James Dickey, Flannery O’Connor’s literary executor, Sally Fitzgerald and emerging artists like Charles Frazier — then fresh off his book tour for Cold Mountain.

Wang helped launch Valerie Jackson’s Between the Lines on WABE, followed by another series called The Spoken Word, where he recorded author’s talks nationwide. Today, all 1,000 recordings — the culmination of five years of effort — are archived at Emory University.

“Daren was really good at engaging the listener in just the right way,” says Angela Carone, who coproduced Art Voice with Wang for WABE in 2001 and now writes and produces Film Struck for Turner Classic Movies. “As an editor, he was really good at crafting a story out of raw material. He has a good ear for the structure of a story and knows how it needs to build from a narrative standpoint.”

Thankfully, Wang followed his instinct when yet another hare-brained scheme struck while driving home from a now-defunct book festival in South Carolina with Decatur Book Festival cofounder Tom Bell. “Why does Columbia have a sweet festival like that and Atlanta doesn’t?” he wondered. By 2005, they had founded the AJC Decatur Book Festival.

“If you are in love with journalism, and story and literature, or simply like being book adjacent — it’s for you,” says Joshilyn Jackson, a bestselling novelist who relocated from a small town 45 minutes outside metro Atlanta to Decatur because of the annual festival and the hive of artists, academics and writers who populate the area year-round.

For Natasha Trethewey, the Pulitzer Prize-winning U.S. poet laureate who wrote an occasional poem in celebration of DBF’s 10th anniversary, the festival helped her negotiate an irreconcilable pain.

“I grew up in Atlanta and Decatur where my mother was murdered,” says Trethewey. “The landscape is haunted for me. But the Decatur Book Festival changed what the place meant to me. It inscribed new narrative over a landscape that had, for me, had just one traumatic narrative. I became part of a community in a different way because of literature.”

Likewise, Wang, who grew up feeling like “an outsider with no sense of place,” says the festival gave him a home for the first time in his life. “Decatur made me feel like I belonged to them, and they to me.”

When Charles Frazier talks to Wang about The Hidden Light of Northern Fires, from the First Baptist Decatur Sanctuary on Saturday, September 2, it will mark the beginning of Wang’s journey as a writer, and the end of his directorship of the DBF. “I was becoming the guy who would see the challenges as opposed to the fun part of it when presented with an opportunity — and that’s not what the festival needs,” he says.

Which is not to say the party’s over. To the contrary, Wang’s 55-stop book tour (including one at Atlanta History Center on October 11) will have a twist.