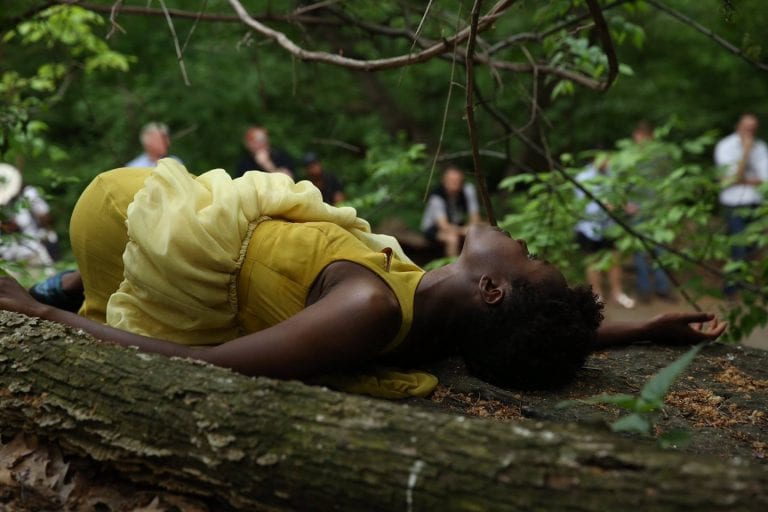 Lauri Stallings and glo take Manhattan, er, Central Park, with “And all directions I come to you”

NEW YORK — Drifting in Daylight, Creative Time’s public art project in Central Park opened this weekend, and a cadre of Atlantans were there to see Lauri Stallings + Glo‘s migratory performance, And all directions I come to you.

Dressed in jewel-toned gowns  that suggested something between ancient Greek attire and prom (a perfect foil to the setting), they ambled, scampered and struck poses, you might say, in partnership with the park’s rocky outcroppings, streams, paths and flora, all to dramatic effect.

Atlanta artist Maria Artemis, described it thusly in her Facebook post: “This was truly amazing! Like pied pipers Glo Atl led a band of enchanted followers through the North Woods of Central Park — inviting us with them to not only think of ‘performance’ in a fresh way but to see and engage that little known part of Olmsted’s jewel.”