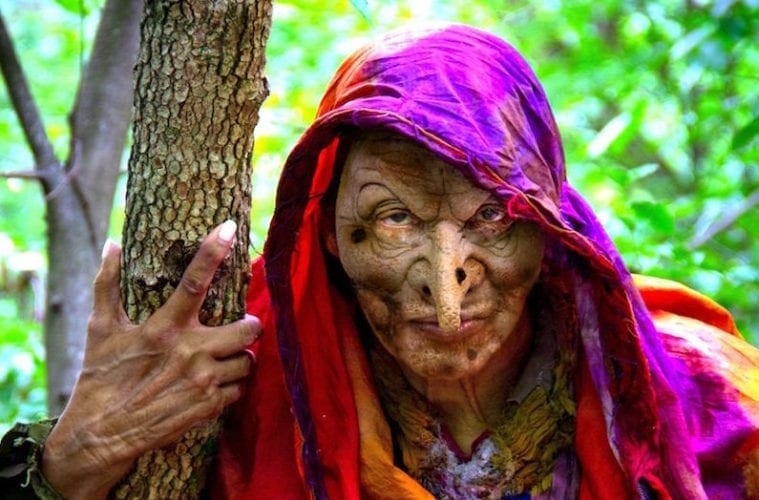 Terry Burrell is the Witch in "Into the Woods" opening Friday at City Springs Theatre Company. (Photo by Mason Wood) 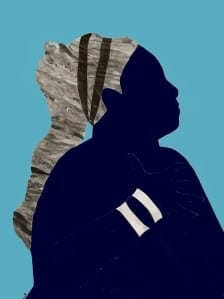 The High Museum of Art opens Outside the Lines, this summer’s installation on the outdoor Sifly Piazza on Saturday (July 10). The immersive maze of sensory environments comes from New York’s award-winning design/research practice Bryony Roberts Studio. This the seventh site-specific installation on the piazza. Outside the Lines emerged from conversations between the studio and self-advocates with disabilities and their allies throughout Atlanta, with the goal of creating a space that’s engaging for all. Through November 28.

Marietta Cobb Museum of Art reopens Saturday (July 10) with Metro Montage XXI, its annual juried exhibition. It will feature all genres, mediums, styles, subjects, concepts and techniques, and use all of the museum’s galleries. The work of more than 100 artists will be on display. Opening reception 6-8 p.m. Saturday. $10 (tickets at the door). Regular hours: 11 a.m.-5 p.m. Tuesday-Friday; 11 a.m.-4 p.m. Saturday; and 1-4 p.m. Sunday. $5-$8. Members free. Through September 5.

Amanda Plumb, the author of Unique Eats and Eateries of Atlanta, will talk about the city’s restaurant scene and give tips on where to find the best dishes at 7 p.m. July 15. Her conversation is part of the Atlanta History Center’s Author Talks series. Plumb cofounded Chow Club Atlanta, a monthly underground restaurant that showcases the talents of home cooks. In her book she looks for the stories behind the dishes, such as how a K-pop artist ended up running a Georgia barbecue joint. Free. Registration  required. 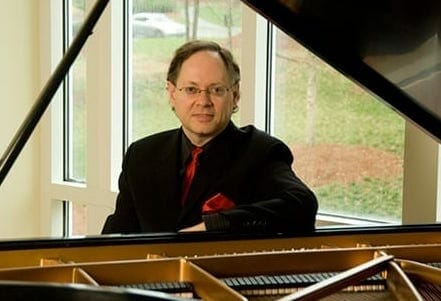 The Highlands Cashiers Chamber Music Festival continues this weekend with Cho-Liang Lin and Friends performing in Highland at 6 p.m. Friday (July 9) and at  5 p.m. Saturday (July 10) in Cashiers. The Rasa Quartet performs at 5 p.m. Sunday (July 11) in Highland and at 5 p.m. Monday (July 12) in Cashiers. Highland concerts are at the Highland Performing Arts Center; Cashiers concerts are at the Village Green Commons. William Ransom, founder of the Emory Chamber Music Society of Atlanta, is the festival’s artistic director. The event always features faces familiar to Atlanta’s chamber music fans. Tickets start at $35 HERE.

Atlanta favorite Shawn Mullins returns to Duluth’s Red Clay Music Foundry at 6 p.m. Sunday (July 11). The singer/songwriter, an icon of the Decatur folk scene, is best known for his 1998 hit single, “Lullaby,” from the Soul’s Core album on Columbia Records. In 2018, Mullins released Soul’s Core Revival, a two-disc set that featured new recordings of the songs, both with his touring band Soul Carnival and acoustic versions. $40 HERE.

Toubab Krewe of Asheville, North Carolina, brings its instrumental fusion of Malian music, other West African influences, rock and jam-band sensibilities to City Winery at 8 p.m. July 15. The band formed in 2005, and most of its musicians studied in West Africa to learn its musical rhythms and melodic language. $25 HERE.

City Springs Theatre Company returns to in-person performances with Into the Woods, Stephen Sondheim’s take on the fractured fairy tale. The musical, which opens a 10-performance run at 8 p.m. Friday (July 9), is set in a “far-off kingdom once upon a time,” where familiar characters (Cinderella, Little Red Riding Hood, Jack of beanstalk fame) and new (a childless Baker and his Wife) bump into each other on various misadventures in the woods. Atlanta audiences may have seen the show at the Alliance Theatre (2011) or at Lawrenceville’s Aurora Theatre (2016, with an unusual framing device). What makes the City Springs staging promising is the presence of Atlanta-based, Broadway-seasoned Terry Burrell as the Witch. The 1987 original won Tony awards for Sondheim’s score (“Children Will Listen,” “No One Is Alone,” Giants in the Sky”), James Lapine’s book and Joanna Gleason’s Baker’s Wife. Note: If done right, the comic-tragedy is not family fare. Byers Theatre at the Sandy Springs Performing Arts Center. Through July 18. $40–$100 HERE.