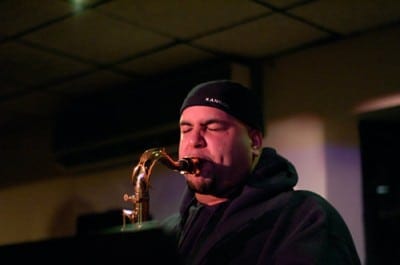 Turnaround Records had a full-blown coming-out party in 2010. The two-year-old Atlanta label had been relatively quiet since its founding, releasing only the debut disc from its sole artist, New York tenor saxophonist Albert Rivera, in 2008. Last year, “Evidence of Things to Come” by Atlanta saxophonist Brian Hogans (here’s my review) rolled out, and another local player, trumpeter Melvin Jones, went into the studio for a recording due out this spring. In addition to signing new talent, Turnaround also returned its original signee, releasing Rivera’s sophomore effort, “Inner Peace.” 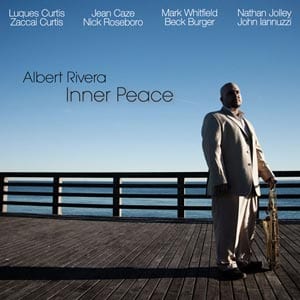 The saxophonist’s gruff, unaccompanied tenor is the first sound on “Inner Peace.” There’s reverb — it sounds like he might be playing in a tunnel — but the short, rhythmic statement introducing “It Always Comes Back to This” is otherwise completely raw. Rivera repeats a four-note pattern twice in a commanding, low tone before the band joins in and he launches into a melodic line full of tender sentiment. The album’s foundation is a contrast between this bedroom sound and the aggression heard mostly during Rivera’s solos. In the span of a minute, he has imprinted his two personalities onto the up-tempo song, which evolves into a smooth funk tune, propelled by prodding organ pecks, frenetic brushwork and the clean guitar tone of Mark Whitfield.

On soprano sax, which Rivera reserves for two languid ballads (“Inner Peace” and “While You Were Gone”), he asserts his more confrontational personality using the smaller, more sensitive-sounding instrument. Rivera’s soprano sound is equally as compelling as his tenor technique; he wrestles a deep, rich tone from the bright, tiny saxophone. 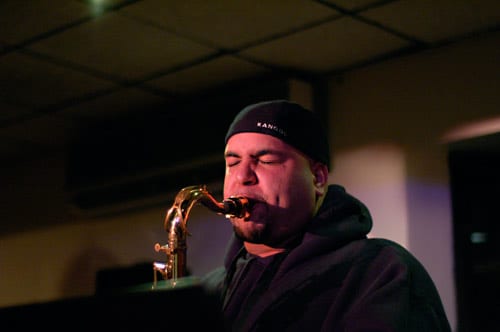 Bassist Luques Curtis and pianist Zaccao Curtis, returning from Rivera’s last effort, are thoughtful accompanists who help bring his ideas to fully formed compositions. The exceptional Nick Roseboro is also heard on trumpet, his improvisations matching (and nearly exceeding) Rivera’s abilities. For the rest of his sidemen, the saxophonist uses a revolving door: Jean Caze on trumpet, Nathan Jolley and John Iannuzzi on drums, Beck Burger on Hammond B3 organ and Whitfield on guitar. This lineup is broken into different combinations for each tune (everyone playing together would be a bit muddy for Rivera’s songs), and this gives Rivera the benefit of introducing new ideas into the group and receiving fresh responses in return. Each ensemble change is flawless; the many different units presented on the album work interchangeably. 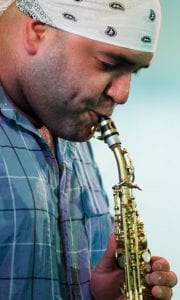 “Inner Peace” typifies Turnaround Records’ musical outlook. Storied jazz labels such as ECM Records and Blue Note became famous for spotlighting certain types of musicians and helping mold a signature recorded atmosphere through studio techniques. When listeners picked up a Chick Corea album on ECM, they were buying the label’s idea of jazz as well as the musician’s artistic concept. While Turnaround so far lacks the output to establish a definition of its place in the jazz sphere, “Inner Peace” echoes many of the ideas heard from Hogans on his debut. Both albums eschew traditional standards and opt for original material that incorporates a range of pop, funk and jazz influences. Through studio work, the artists have a crisp, clean sound with a presence so big it jumps out through the speakers.

Of course, two artists don’t make a record label, and it’s a bit early to start writing the history of Turnaround Records. But Rivera and Hogans have gone a long way toward helping it achieve an all-encompassing concept.