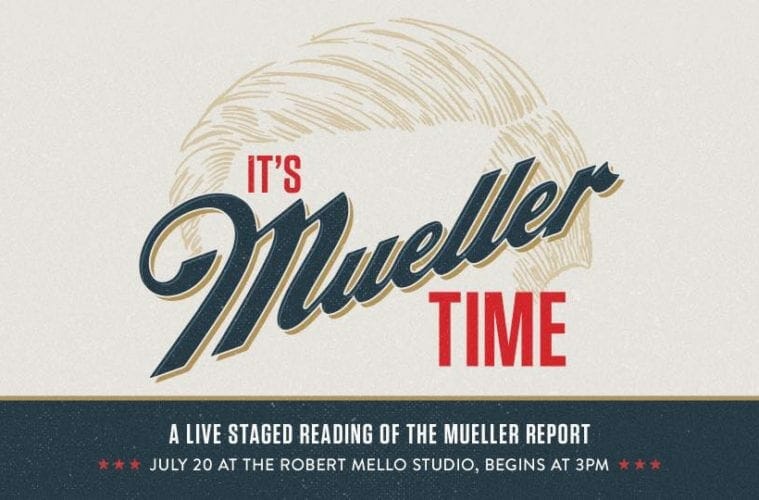 This Saturday, July 20 only, Atlanta artists will stage a live 24-hour reading of one of the nation’s hottest (and driest and longest) documents in American history — the Mueller Report. Atlanta is one of the first communities outside New York or Hollywood to take on the mammoth, oft-redacted 448-page report based on Special Counsel Robert Mueller’s investigation into Russian interference in the 2016 presidential campaign. Atlanta actors and entertainers, Georgia authors, elected officials, activists and others will be among the readers/performers.

The one-time marathon begins at 3 p.m. Saturday at the Robert Mello Studio, 4048 Flowers Road in Doraville. Admission is free, but donations are encouraged. Proceeds will go to three nonprofits — Georgia Alliance for Social Justice, Fair Fight Action and RAICES, which stands for the Refugee and Immigrant Center for Education and Legal Services. Parking is free.

When readers hit redacted passages of the report, audience members will be entertained by the likes of Burundian vocalist Antoinette Bizimana and the antics of the character named the Real Donna J. Trump. Look for massage therapists and yoga demonstrations too.

Organizer Sheri Mann Stewart encourages restaurant and rideshare workers to come by anytime but especially 1–7 a.m. Audiences members will be brought onstage during those hours to join in the reading.