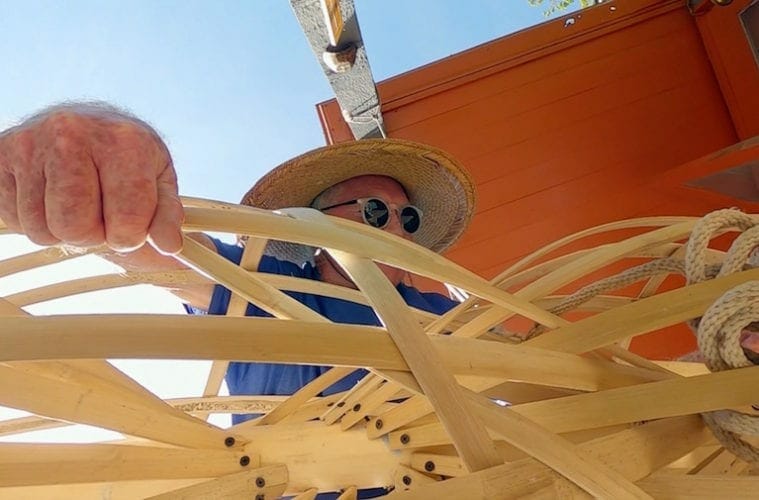 “I like to show the work of the hand, and I like a little catawampus,” says naturalistic sculptor Michael Murrell, who uses reclaimed wood, stone and bones in his pieces, which can be few inches or fill a room.

Inside the catawampus world of “wild man” sculptor Michael Murrell

The exposed rings of a stump reveal much about a tree — its cycles, seasons and growth spurts. So does the art of Michael Murrell.

Rich in earthy symbolism and as redolent as pine needles, his sculptures — which vary in size from a few inches to room-filling installations — have explored our give-and-take relationship with nature in startling ways for six decades. Murrell’s 30,000-foot studio and playground overlooks the Soque River, northeast Georgia’s “Left Bank,” and showcase his beloved wilderness in 115 abstract pieces that combine the look of a deft shop teacher’s lathe and the riotous imagination of a modernist. 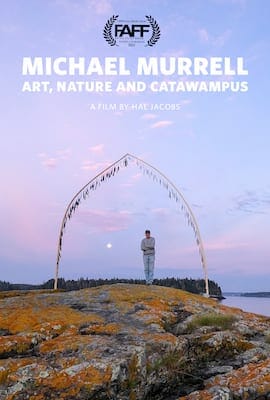 The film “Art, Nature and Catawampus” will screen privately Thursday. Look for it at an early-fall screening in Decatur and at film festivals.

“Although my sculptures reflect my admiration of nature, I view them more as poetic objects than a reproduction of form,” says Murrell, who lives in Kennesaw. “I like to show the work of the hand, and I like a little catawampus.”

“Catawampus,” or “askew and off-kilter” is one of his favorite colloquialisms. Many of Murrell’s pieces are exuberantly asymmetrical, with unexpected angles, curves and adornments, including human hair, glittery sheets of mica, taxidermy “eyeballs” and other offbeat found objects. You might be surprised at the versatile materials a forest yields as he rambles through Georgia and Maine, where he spends summers. Like any true artist, he sees a kaleidoscope of verdant patterns that most of us overlook. His work has been exhibited all over the world, but he prefers not to sell it, saving it for himself and awestruck visitors, including the occasional school group.

“They’re like my babies,” he says of his work.

Murrell’s most famous piece, the one on his business card, is skull tower (he lowercases all of his titles). The ossified Noah’s Ark looms 10 feet tall and consists of more than 200 turtle shells and skulls from 27 species. Animal skulls as large as cows and as small as field mice join together in an overwhelming memento mori, a symbol of inevitable death. Critics have favorably compared the totemic quality and importance of Murrell’s work to the ancient cave paintings of mastodons.

Hal Jacobs, an Atlanta documentary filmmaker, met Murrell at the Hambidge Center during the early phases of skull tower and was inspired to try to capture Murrell’s singular, cagey spirit. “He didn’t wear gloves,” Jacobs says. “He thinks through his hands. And so many people have no idea what he’s doing because he’s not a big promoter out there hustling commissions and gallery shows. He just wants to work, and I believe he will do that until he’s no longer able to hold a tool.”

Jacobs’ contemplative film, “Michael Murrell: Art, Nature and Catawampus” will screen Thursday at an invitation-only showing at the Plaza Theatre and is making the rounds of film festivals. 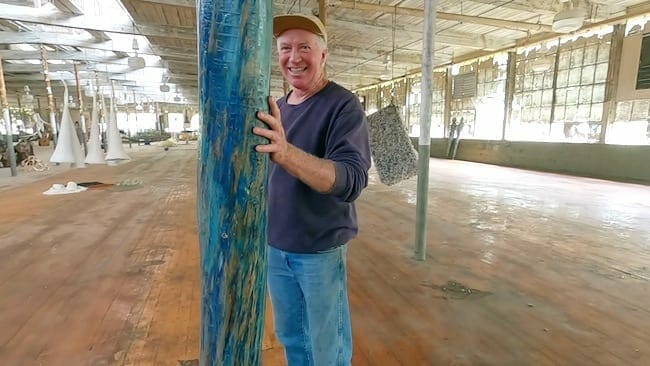 Michael Murrell has shown his work in more than 200 venues worldwide but normally doesn’t sell it. It’s displayed in his studio/gallery, an old cotton mill in Habersham County.

“Michael collaborates with the natural world, communing to evoke the knowledge of what she would like to become as she passes through his hands,” says Clayton artist Beth Loveland. “He is a master of form who imposes new narratives by seamlessly blending nature and fabrication. The stories he tells draw us back to our primitive roots and remind us of our own elementality, where he blurs the essence and industry within our very own selves.”

Murrell’s work includes two curious, curved, hollowed-out wooden implements. Are they shofars? Alpenhorns? No, but they are musical instruments that make a sound loud, longing and eerie enough to act as a woodland mating call. Many of his pieces, in fact, are characterized by a subtle erotic energy and oblique depictions of anatomy. Canoes, some made with animal ribs and one made with lingerie-like lace, may not be seaworthy, but they present a suggestive motif; free-associate that messaging with Georgia O’Keeffe. More straightforward is a set of large, literal “brass balls” dangling unabashedly from the ceiling. His most risqué work is hidden away, for the sake of the children.

Murrell has made languid odalisques, bamboo weavings and feminine figures that appear to be swimming through the air. Especially moving is bird woman, a winged being made from burned yellow pine. Her head is tilted with the knowing serenity of a Madonna. Murrell is also something of a trickster, especially for the astigmatic. Surprisingly, those “tusks” are actually wood, not ivory, and he has arranged various vertebrae to look just like a coiled python skeleton. 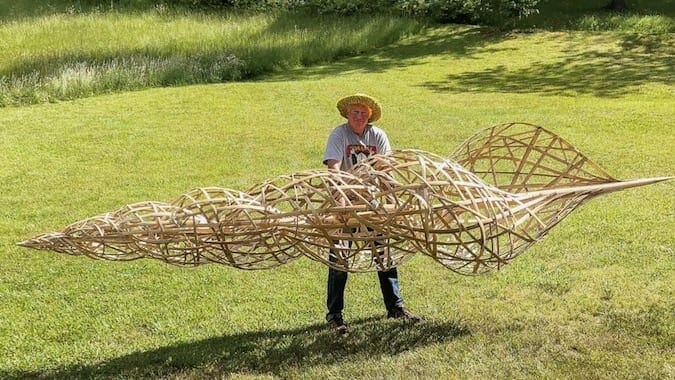 Michael Murrell crafted this spiral piece from strips of bamboo that he harvested in Buckhead. He often doesn’t know what his pieces will be until he starts assembling them. 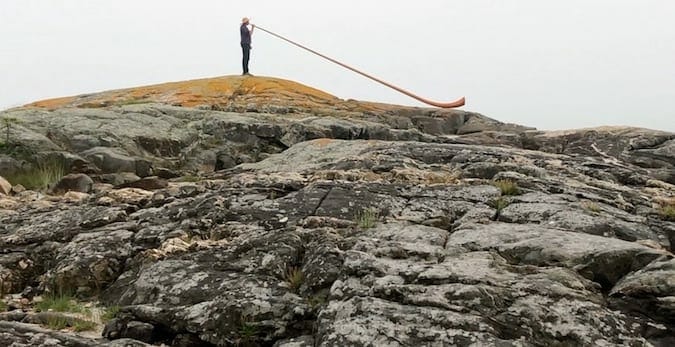 This sculpture, made of white cedar, is called “big horn.” Its shape is the natural curvature of the log it came from. Michael Murrell carved it, sawed it in half, hollowed it and reassembled it.

“His childlike wonderment at the world around him is both inspiring and a joy to watch,” says Rabun Gap artist Craig Burkhalter. “I have been in many, many studios in my time but had never seen anything like this.”

A statement piece that doesn’t require an art degree to understand is an office desk and a business suit, both thoroughly tarred and covered with duck, chicken and turkey feathers. They represent his liberation from the 9-to-5 routine as a professor at Georgia State University. “That was the last time I wore a three-piece suit,” he says with a laugh. He is a full-time “wild man” now, with the sepia tan of someone who’s always outdoors.

Murrell grew up prowling the countryside on the eastern shore of Maryland. “There were fishermen and watermen,” he says. “It was idyllic.” He started drawing in first grade and eventually earned a master’s degree at the Maryland Institute of Art.

Most of his materials are fragile. Murrell uses epoxy as a preservative mortar. The textures, some nubby and some slick, invite tactile exploration, but who wants to violate them? Surveying a sculpture made of notched vertebrae, he says, “These were living creatures reduced to calcium and eventually that will deteriorate, too. It’s a metaphor for life.”