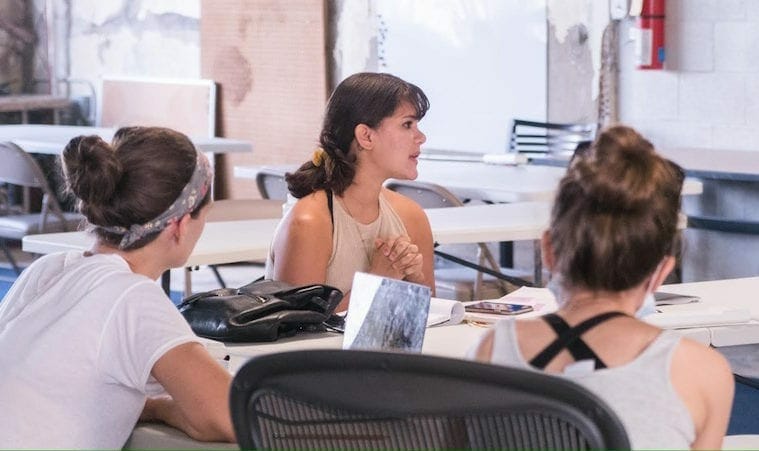 Actor Erika Miranda (center, at an early production meeting) is coproducing Atlanta's first She Arts theater festival. "Our hope is to build up [women's] voices, make [the plays] marketable and provide an opportunity to be seen by bigger houses.”

A Greek myth filtered through the present-day opioid crisis. A mother’s reckoning with the hellscape of addiction. Magical realism and mental illness. The #MeToo movement and feminism. These are some of the substantive themes explored by four Atlanta playwrights debuting fresh new work at the inaugural She ATL Arts Summer Theater Festival.

The event streams this week — August 27–29 — with each play beginning at 8 p.m. ($5 general admission; $10 tip-the-writer tickets HERE). A portion of each ticket sold will go toward the Loveland Foundation, a nonprofit that raises funds to provide therapy to Black women and girls.

SheATL, as it’s often called, is an offshoot of the She NYC Arts Initiative, a nonprofit founded in 2015 to produce “full-length plays, musicals and adaptations by women-identifying writers, to prove that works by women are meaningful, necessary and commercially viable.”

The organization provides resources, mentorship and other opportunities along with a full production of carefully selected works each summer. In 2018, the nonprofit expanded to Los Angeles. This year it expands to Atlanta, with actor Erika Miranda as executive producer. Miranda grew up in Atlanta and, she says, now splits her time between Hollywood and “Y’allywood.” She’s coproducing the Atlanta fest with Caitlin Hargraves, an actor and Emory University educator.

Meet the playwrights and their plays: 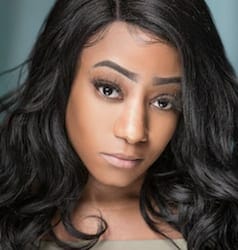 A SAFE SPACE. Playwright Rhyssa-Kathryn Marie delves into deep-rooted issues of workplace sexism, racism and prejudice and the importance of intersectional feminism. The central character is a man fired for alleged sexual harassment who decides to take matters into his own hands. Playwright Marie is also a director. She grew up in Miami, lives in Atlanta and considers herself more of a director, writer and actor. She began writing because she was seeing too few roles for — and stories about — Black women. Marie and Shanyha Brumfield direct.

PERSEPHONE AND THE HUM by playwrights Christina Jundt and Becca Del Plato. Persephone’s world is constant summer heat, prescription pills and the same damn party every single night. When addiction pulls her underground, literally, the earth grows cold and her loved ones must journey there to save her from hell. Playwright Del Plato says she’s told stories since childhood and has accumulated experience in a range of mediums and creative roles. She’s done stand-up comedy in New York City and also is a freelance filmmaker. Persephone and the Hum is her first script. Jundt, Persephone’s director and co-playwright, is an Atlanta native who has spent seven years teaching, directing, performing and collaborating with theater artists throughout the metro area.

TOUGH LOVE. Playwright Jocelyn Rick examines the lines between condemnation and compassion and how those lines fluctuate depending on our authority level and personal incentives. The central character is the new principal of a prestigious private academy who confronts the student thought to have written an incriminating note. Rick, a Pittsburgh native, began as a screenwriter and started writing plays when she did a literary internship with Pittsburgh Civic Light Opera. She’s had one-acts produced in Atlanta and Pittsburgh, but Tough Love is her first full-length play. Lauren Morris directs.

The She NYC Arts’ model encourages producers to customize each festival to their own cities, so Miranda and Hargraves decided to switch up the format in a couple ways. First, they kept the number of plays small (three versus the usual 12) so that they could build an audience and, second, they kept it local. The New York and L.A. festivals accept commissions nationwide, but the Atlanta producers wanted to feature Georgia playwrights only.

“Our hope is to build up these voices,” Miranda says, “make it marketable and provide them with an opportunity to be seen by bigger houses.”

SheATL’s wintertime call for submissions yielded 30 entries. A team of 25 artists —  actors, directors and designers — read each script and whittled their picks through three rounds until they landed on the finalists.

SheATL was to happen in September at the Windmill Arts Center in East Point, but Covid-19 changed those plans to the virtual productions. The important thing, Miranda says, is that audiences see these plays in some way, shape or form.

“Each show has a distinct tone and flavor,” she says. “As a Latina artist, it’s been my mission to tell the stories of people we don’t often hear about.”

Each playwright was matched with a mentor. For Persephone and the Hum, it’s director, playwright, dramaturg and producer Rebekah Suellau; for Tough Love, it’s playwright and educator Kimberly Belflower; and for A Safe Space, it’s actor, writer, director and dramaturg Suehyla El-Attar.

Marie, who wrote A Safe Space, cites influences such as playwright-director George C. Wolfe (Jelly’s Last Jam, Shuffle Along . . . ) and playwright Suzan-Lori Parks (Topdog/Underdog, When Father Comes Home From the Wars) and said that one particular college audition helped shape her course.

At a four-hour audition for a production of Our Town, the casting directors moved the actors around the stage like chess pieces, trying to “match” them by appearance and form the families that populate Thornton Wilder’s Grover’s Corners. Marie was the only Black woman onstage and saw how this method highlighted the alienation that BIPOC actors in white-centric spaces can feel. “I clearly didn’t look like anyone else,” she says.

While studying in London, she took a feminist playwriting class and something clicked: “I realized the only way to change the game was to write the game.” She adds: “I always want to put forward that we have to change the system from the inside out. What I want people to take away is that women always have more power than we think.” 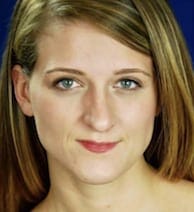 Jundt, codirector-playwright of Persephone, says she learned in college how effective it is to build connections and establish mentoring relationships, especially with other women. She appreciates the dynamic the SheATL process provides. “It’s a really hard thing for artists to experience transitioning from school to the real world. Having people who are invested in your work and want to see you succeed is important.”

Tough Love’s Rick discovered theater as a kid, tagging along with her mom, who did community theater. “I’d sit in the audience and was always into the play itself more than any other aspect,” she says. “I was more fascinated by the words on the page.”

SheATL’s shift toward virtual performances has had it challenges. Replacing the live experience with livestreams, says Tough Love director Morris, “changes not only the way the actors relate to one another but how the audience perceives them. When an audience is watching an actor onstage, breathing in the same room with them, they can detect if they’re sweaty, if they’re upset, if their foot’s wiggling. How do we do that in these little boxes?”

Still, says Rick, there’s a potential upside to this shift. “I’m actually learning [the virtual performance] has its benefits. I think it’s good at putting the focus on the words. It allows for the focus to be clearly on the new-play process.”