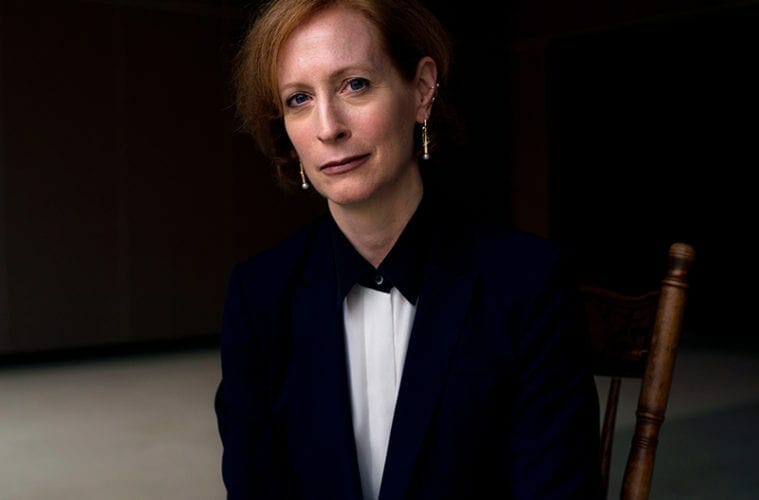 The more comfortable thing to do [when asked to call out racism and bigotry] is to point to the past. When I was coming up, the theaters I worked for were led by men and had deeply masculine cultures that assumed male leadership was a normative thing. The truth is, I work for and lead an arts organization right now that is wrestling with its own complicity in systems of structural racism. BIPOC board representation, leadership representation and programmatic and audience representation are not yet at equitable levels that reflect the population of our city and I have to own that and address that.

I have a colleague who quite rightly pointed out that while we have frequent conversation about more equitable staffing, leadership and programming, we are not as rigorous with current and aspirational metrics in that area as we are with our economic data. A lack of transparent measures can easily lead to a lack of transparent accountability. What that looks like is more talk than action. And there’s a great danger of that talk providing a smokescreen for pervasive inequities.

We are in process [of addressing inherent bias and inequity] on several fronts. The theater is convening a series of listening sessions with individual artists and affinity groups to hear more directly what the challenges of our culture are and have been, particularly for the Black artists, educators and staff with whom we work and have worked. I anticipate these sessions being an ongoing — likely permanent — part of our DNA as an organization going forward. More immediately, we are requiring all staff to participate in anti-bias/allyship training, and are being joined in that work by our board of trustees. I am committed to tracking, making visible and setting year-over-year improvement goals around BIPOC representation of artists, programming, staff and leadership at the theater.

Am I proud of my response? Not yet. There’s so much work that is so very overdue. I am grateful to my colleagues who are my guides in the work, and for the opportunity to work toward making our theater the one our city deserves.

MINKA WILTZ is an actor, singer, writer and director who has performed with the Alliance Theatre and Horizon Theatre, among others, along with numerous film and TV credits. She wrote and performed the acclaimed one-woman show Shaking the Wind for Out of Hand Theater. As a Black woman in America, racism has always been a part of my experience. For me to think about moments of racism I may have encountered during my career in theater is not unlike asking marine life to describe water.

There was the television audition I went into where the white man auditioning me asked that I be “more sassy” when trying to defend my son as an “African American mother.” There was the Atlanta theater director/producer with whom I have worked numerous times asking that the character I auditioned for be a spoof on the female preacher character I played in that same theater a year or so before.

I don’t know that I have risen above the challenge. I found the strength to shift course. To move beyond the moments when I was experiencing these things, I remind myself that I was contributing to the upkeep of my child and my family. Stay the course but never stop creating my own vehicle for my vision.

I am never hopeful about the future in regards to racism. Until we can truly address the many layers of greed and evil that created the institutionalizing of a thing to benefit some at the detriment to others, I cannot place hope and racism in the same category. A recent Facebook post by a wonderful Black actor reminded me of his 2011 encounter with racism. He was part of the cast of Holes, a play by Louis Sachar at a theater company I was managing in Northern California. His post said, “I was in a play, Holes. I played Armpit, one of two black [young] boys in the show. I [was] 25 but all the other boys were actually boys, 12–16. For weeks we rehearsed. Every week for three weeks the same cop would follow me to the theater, pull me over and question me. For weeks! So one day I had it, emotionally. Asking myself how I would go inside and face the boys, especially the Black one. How do I, a Black [man], walk into rehearsal with this rage in me and look at this 13–year–old and now he gonna go through it too?”

He continued, “I walk into the theater, greeted by the box office lady and the love made me cry right there in my place.” Then he describes walking into my office and meeting me: “I tell her my issue. She looks at me with the reddest eyes I’ve seen someone get. She grabbed the phone closest to her and made one call in a voice I’ll never forget. The voice of someone beyond mad and rage. The same one I’ve been feeling. She called the police station, demanded the chief and laid in. She helped when no one would, she helped when no one could. Thank you, Lee Foster, for always being an Ally and righteous woman!”

I tell this story because I was so touched to read it — almost 10 years after it happened! Although I knew my intervention solved the problem and he was never harassed again, I never knew it had long-term repercussions and that he would both memorialize or cherish the care shown. At the time, it just was the right thing to do. This young talented Black actor was being targeted, and it made me mad. Luckily, a theater in a small town is an important cultural asset. I was able to call the chief of police directly to tell his officer to stop this behavior. It worked.

We as theater managers need to keep our radar attuned and always do something — every time we see the behavior of racism or bigotry.