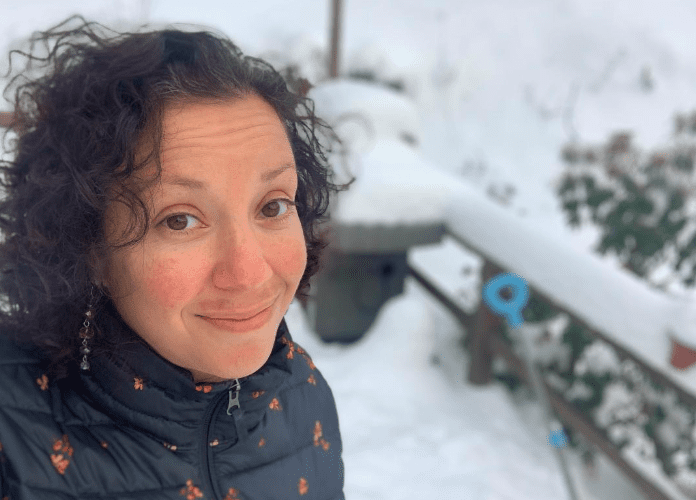 In Our Own Words: Suehyla El-Attar, actor-writer-director

Suehyla El-Attar was born in Mississippi to Muslim parents who migrated from Egypt before becoming naturalized American citizens. She is an actor-writer-director who has learned to embrace a hyphenate existence, and lives happily with her fiancé and their two cats in Decatur.

For as long as I can remember, I’ve been afraid to focus any thought on what I really want. This superstitious approach is possibly born from a childhood spent praying for fantastical things I expected to materialize overnight — no matter how irrational or impractical — only to feel abandoned when my prayers weren’t answered. In time, I realized the universe provides as the universe will provide: on its own timeline and with great specificity. I still pray but only focus on giving thanks for what already is, has been and could be.

On November 6, 2020, I did everything I could not to think about wanting Joe Biden to win and for the Trump administration to be gone. This left spaces in my thoughts, a mental mad-lib begging to be filled with other verbs, ideals, presumptions. The worst began to form — even if Biden did win, a civil war would surely be imminent. We are too divided — with campaign slogans like “Make America Great Again” — simmering threats to “take our country back”.

I was not surprised on January 6 when insurrectionists were rioting — RIOTING, not protesting, you fucking failed journalists who are not paying attention — at the Capitol building. The violence and pandemonium that spun out of control in a matter of minutes reminded me of breaking news out of Iran and Lebanon when I was a child in the 1980s. The irony that these domestic terrorists, mostly White men who presume that every Muslim is a terrorist, every person of color a hoodlum — acting and looking just like the people they claim to fear — was infuriating and horrifying. The short-term memories and constant denial of those who claimed “this is not who we are as Americans” despite evidence to the contrary across history — the KKK, the assassinations of JFK, MLK, the 1995 Oklahoma City bombing, the last four years — is dumbfounding. And I’ve been so afraid to want it all gone, to think of the possibility of a more perfect union.

Inauguration Day, I cried tears of joy all day. Every scheduled moment that passed felt like a step forward. But I’m not going to lie to you. I remain on high alert. As a country following the 9/11 terrorist attacks, we stayed in a state of terror for years. Why wouldn’t we do the same for the terrorists who so boldly marched on our Capitol — the terrorists who came from inside our own home? I want the best to keep coming, but I will stay vigilant . . . even as I pray my gratitude daily. I have to. It’s for what I want.