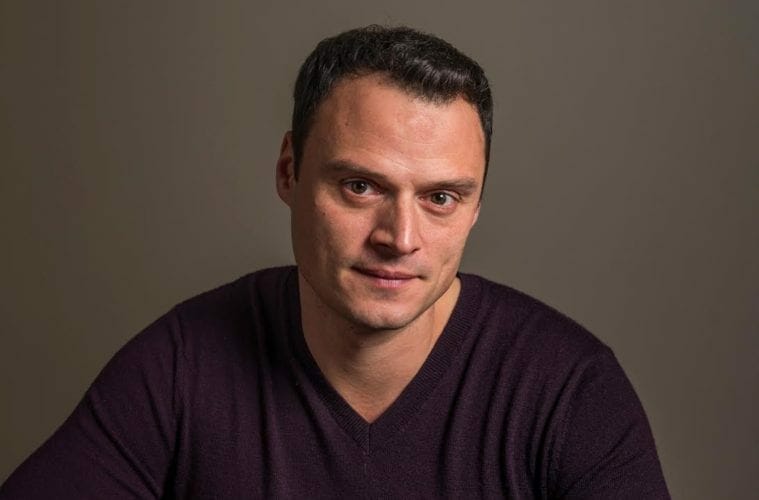 In Our Own Words: Lee Osorio, actor, playwright and associate artistic director

I’m the son of an immigrant. My dad was born in Venezuela. When he came to this country at 7 years old in 1965, he was told by society, by his teachers and by my grandparents, to erase the first seven years of his life and assimilate as quickly as possible into the dominant — read “white” — culture. Like a fence in a Mark Twain story, my father was tricked into whitewashing himself. A trick that has allowed me to walk through this world as a benefactor of white supremacy.

But there’s a cost to erasure. My father is 62. The job he holds now, he’s held for three years. That’s the longest he has been employed at the same place since 1994. The record before that is five years. He’s been married three times and moved at least . . . honestly, I’ve lost count. In each new job, marriage, home I see him looking for himself. The self he was told wasn’t worth holding onto. The self that was disposable.

I now work in the business of storytelling. It’s not lost on me that I have chosen a path in which I too am trying to find myself in each job, each city I travel to. Will this be the role that I finally feel at home in?

The cycle continues. And so does the whitewashing. My white-passing body has been used as a tool on stages across this country to perpetrate the same injustices that robbed my father of himself. I have been complicit in the prioritization of white lives. With one, maybe two exceptions, the worlds I have helped create onstage are not representative of the communities that I have lived in. And that costs.

I believe that, as artists, we can no longer pretend that centering whiteness in the art we work on and consume is, or has ever been, innocent. The industry that I have dedicated my life to is not innocent. We are complicit in the murders of Ahmaud Arbery, Breonna Taylor, George Floyd and so many others. We are complicit in 400 years of war waged against black lives, 600 years of war waged on indigenous lives and the injustices faced every day by those communities. By dedicating a disproportionate share of our resources to the creation of art that upholds the status quo we are not only enabling, but promoting white supremacy.

It’s time for me to step aside and use my time, my energy and the capitol that I have gained as a beneficiary of racism to dismantle white supremacy in myself, to root out the white supremacy in the industry that I still love and believe in, and to support the work of BIPOC makers.