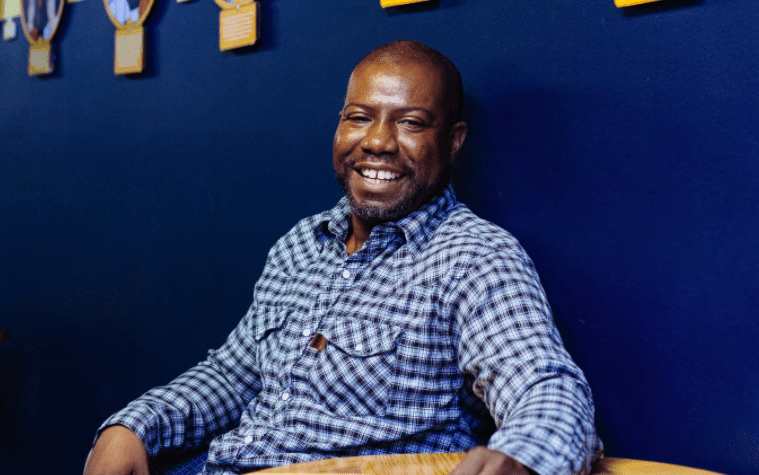 In Our Own Words: Jon Carr, artistic director of Dad’s Garage Theatre Company

Artists often turn their firsthand experiences into pieces of beauty that turn darkness into light. Consuming art gives audiences that chance to connect on a deep, human level with our fellow humankind, and to better empathize with them and their worldview. When I wrote the play Black Nerd, which we produced at Dad’s Garage in 2018, I was describing my personal experience as a black man who enjoys nerdy things like Star Wars, anime and hyper-specific theater references. But this play also gave me the chance to visit some darker moments from my past, process those pains into a script and help others understand issues like racism and police violence. The show shifted very quickly in one scene where the main character was pulled over by a police officer. In this moment the audience would go silent — quite a change from all the laughter that had previously filled the room.

I think white people have some awareness that cops treat black people more harshly, but they may not know what that looks like. The media shows the most shocking videos but there is a day-to-day reality of the casual harassment that rarely gets seen. In the police scene of Black Nerd, I showed one of a million versions of what casual discrimination from the police looks like — getting pulled over for a minor infraction, being immediately treated like a criminal, being forced into a harrowing moment of being searched and questioned . . . while the white passenger of my car (my best friend) was asked if he was being kidnapped or harmed by me. This scene drew a clear picture of the different ways police treat black people and white people. And it was the one scene in the play that was practically, word for word, a real moment in my life.

No white person could fully understand what it is like to be black in America but by showing these lived experiences of racism, black playwrights help build empathy with audiences. If we want to dismantle systemic racism in our nation, we need to show it, name it and let audiences see its ugly face. My desire is that my fellow black and brown theater-makers will be given the space to translate their own experiences of systemic racism into works that will move audiences, and that theater consumers will seek out works by and about black and brown perspectives. This is how we can build empathy and create lasting change in our community.