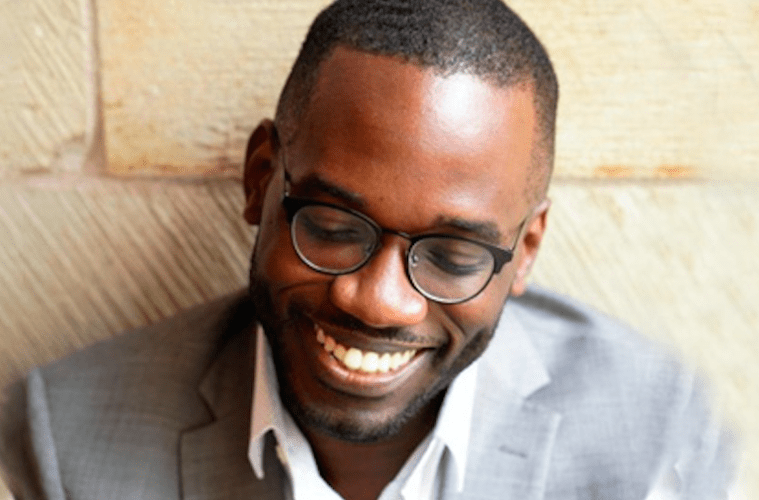 Joel Thompson's powerful piece has been performed across the country, including a concert by The Atlanta Symphony Orchestra with the Morehouse College Glee Club.

Composer Joel Thompson grew up in Gwinnett County and went to Emory University intending to become a doctor. Instead, he began piano and music composition studies, graduated with a B.A. in music in 2010, then a master’s degree in choral conducting in 2013, and took a job teaching at Andrew College in southwest Georgia.

It was there that he wrote what is, thus far, his signature piece: “The Seven Last Words of the Unarmed.” Thompson was disturbed by the onslaught of killings of unarmed black men and discovered artist Shirin Barghi’s #lastwordsproject. He used the text structure of Joseph Haydn’s “Seven Last Words of Christ,” and chose seven last words from Shirin’s artwork to form the structure of his piece.

It was a composition he never expected to be performed. After a negative experience with one of his pieces at a music festival in 2010, Thompson decided to compose only for his own pleasure. “I kept writing, but just put the pieces away,” he says. “I did the same thing with this one. It was cathartic and then I hid it away.” But a few months later, Thompson decided to sight-read the piece at Emory’s Performing Arts Studio. “People showed up and brought friends,” says Thompson. “We had a strong quartet and I played the piano.”

After teaching for two years at Holy Innocents’ Episcopal School in Atlanta, Thompson was accepted as a composition fellow at the Aspen Music Festival and School, where he studied with composers Stephen Harke and Christopher Theofanidis. Thompson is now pursuing a doctorate of music arts in composition at the Yale School of Music.

Thompson recently spoke with ArtsATL about “The Seven Last Words of the Unarmed” and reflected on being a black voice in a largely white classical music world.

ArtsATL: How did your journey as a composer evolve?

Joel Thompson: I graduated from Brookwood High in Gwinnett County. I got into Emory and planned to be pre-med. While I was there, I encountered some brilliant musical minds. Dr. William Ransom and Laura Gordy, who taught piano. I took a few composition lessons. I joined the choir and took a year off. Then I applied to the master’s program in choral conducting. After I graduated, I got a job at Andrew College in southwest Georgia. I taught there for two years, and it was there that I wrote the piece.

ArtsATL: Your composition was inspired by the killings of unarmed black men. And it has taken on particular relevance with today’s Black Lives Matter movement. Did you expect it to resonant this deeply and for this long?

Thompson: I wrote that piece five years ago and it’s so disheartening that it remains relevant. It’s the only piece of mine that I hope is not performed. That it’s still addressing an issue that’s still relevant — the police brutality against African Americans in this country — is disheartening. But I have gratitude that people are willing to engage with the work. That means that are willing to have conversations in their communities. 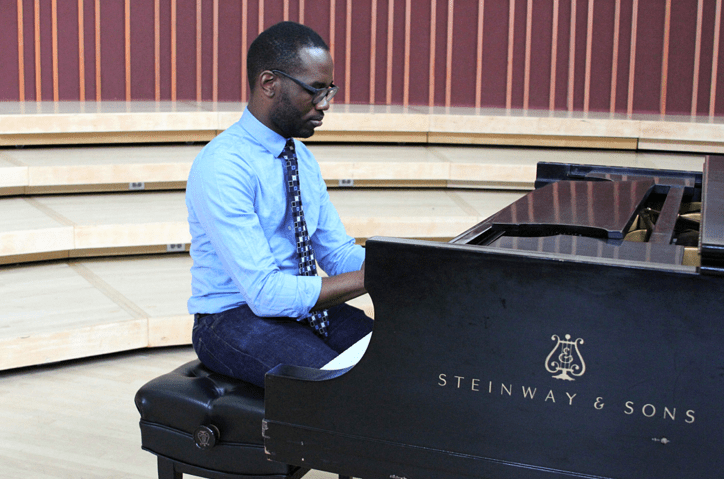 ArtsATL: What was it like for you to see it performed for the first time by the Michigan Men’s Glee Club?

Thompson: It was quite the experience. I was very nervous about how it would be perceived. I had dozens of works that I had just hidden away. Because I never imagined it being performed before an audience, I made no effort to balance the darkness with light. That piece showed my grief and anger and fear. Watching it was like reading your diary, on stage. I felt abject terror. I went into a deep emotional space when I wrote it, and I go back there whenever I hear it. I was told it created space for empathy and education on what black America has experienced for quite some time, being dehumanized and disregarded for our lives. And that dehumanization persists. I hope we can get past that.

ArtsATL: Where else has the piece been staged?

Thompson: It’s been my most performed work. The Chicago Sinfonietta has performed it. In 2016, the Michigan Men’s Glee Club toured and performed it in Atlanta at the First Presbyterian Church. The Morehouse Glee Club performed it with the Atlanta Symphony Orchestra last February on the Morehouse campus. That piece has opened quite a few doors for me. I got accepted to The Aspen Music Festival and School. I’m now a student at the Yale School of Music.

ArtsATL: The world of classical music is mostly white. What has been your experience as a black composer in that world?

Thompson: There are inequities that define classical music, especially when it comes to race. I’m hoping this global conversation we’re having will allow us to have those conversations in classical music. I love classical music so much. If more people who look like me had access to education and mentors, you can bring your full self as a black human being. I hope that can happen. But there’s so much in the way — the way the concert hall looks, the price of instruments and the price of lessons. It’s hard for me to be one of four students who look like me among 350 others in this program at Yale. I hope these things become a priority. Everyone grows from hearing a variety of voices. So much of this is uncharted territory and I hope I’m part of the vanguard that changes things.