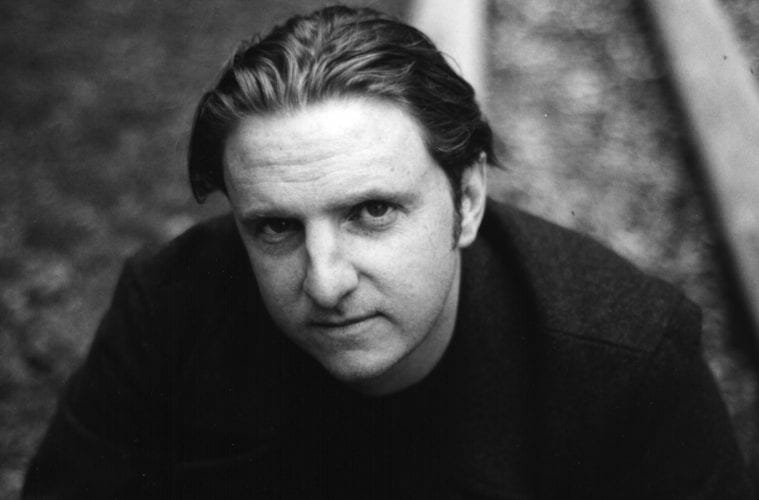 In Our Own Words: Chad Davidson, poet and university professor

Chad Davidson’s fourth collection of poems, Unearth, was released in 2020. Recent work appears in Antioch Review, Five Points, Gettysburg Review, Kenyon Review and others. He is a professor of literature and creative writing at the University of West Georgia and codirects Convivio, a summer arts and literary conference in Postignano, Italy. (Photo by Dana Polojärvi)

“How is despite a preposition?” a student asks me. My class is learning to diagram sentences: location of the subject, type of verb, what is most necessary, the grammatical skeleton. My colleague who usually teaches the class said early on that he would help when needed. “You will love that class,” he told me back in summer, and I believed him. “It’s like seeing code.”

Despite functions as a preposition, I explain, because it offers a relationship based on condition. “You can spot prepositions,” I say, “because they are almost always ancillary to the independent clause, mostly just enhancements and cosmetics.” I have never taught this grammar class before, and I am teaching it online, which I have never done before, all during a pandemic. Lots of ‘never befores,’ lots of first times. Lots of virtual meetings, buffering and static, late-night drinking. The student has to log out and back in. “Terrible connection here,” she says. Her camera is off. She is just a voice somewhere.

“It’s like code,” I say, not wholly believing myself, so I give her some examples:

“Despite my outward calm, I am increasingly anxious.”

“Despite having been told by numerous people in positions of dubious and arbitrary power that everything is fine, I sometimes want to scream or punch something.”

“Despite a creeping sense that none of it much matters, I continue to teach.”

(Those are not the examples I give but rather examples of examples.)

Truth is that, despite knowing which form despite took in her example (preposition) and how it functioned (adverbially), truth is that it wasn’t strictly code. Despite had become much more. It was not, as I told the student, ancillary, cosmetic. It was the way we were all living. We were all living, despite everything else.

“Despite everything, everything continues.” That’s the example I should have given her.