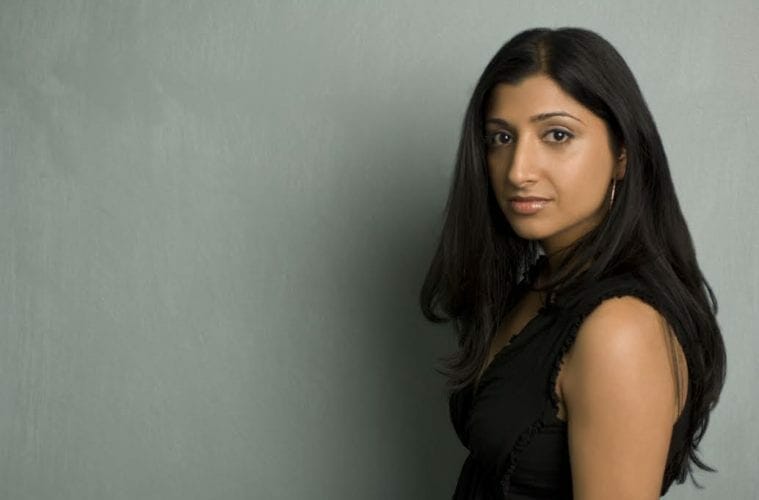 In Our Own Words: Anita Aysola, jazz singer and high school teacher

Anita Aysola is an Atlanta-based singer/songwriter/pianist, who has toured nationally and performed for President Barack Obama. She’s known to metro audiences for gigs at City Winery and Eddie’s Attic. Aysola also is a high school math and music teacher, a wife and the mother of two children. (Photo by Aaron Gang)

As a daughter of Indian immigrants, a teacher of color in independent schools, a musician in an industry where people of color are underrepresented and as a mother of two brown children, I have had to reconcile with how issues of race permeate every facet of my life. Tremendous sadness and necessary outrage emerged in the aftermath of George Floyd’s death. There was finally a dialogue about race, unlike any I had heard in my lifetime. Amidst the protests and dialogue emerged the Black@Instagram accounts, which gathered anonymous posts from students at various independent schools in Atlanta, including the school where I have been teaching. Reading the posts was heartbreaking and also somehow cathartic. While these stories were painful to read, the students had the strength to share them and the bravery to say that they deserved better. It was triggering but also gave me hope that change is possible.

A few years ago when I was performing at a venue in Boston, I heard someone shout, “Go back to India!” You would think I would be heartbroken or upset. Oddly enough, I really wasn’t. Maybe because it wasn’t new. The harshness of the business I think prepares us for anything. And maybe I was used to hearing “Go back to India” since I was a kid. It probably hurt the first few times it happened. Then perhaps I became numb. I tucked these experiences deep inside and almost forgot they ever happened, but then grew to live an existence where I believed I was always lacking in some way. While my experience does not compare to the pain and fear BIPOC communities are subjected to in our country, “This is how it is,” became my internal response to things that would happen to me. I came to understand that it would be harder to get my foot into the door. Jobs would be harder to get, gigs would be harder to come by. I just had to work twice as hard and be better than everyone.

After reading the Black@Instagram accounts, these students had the bravery to say, “This is not OK. This is not on us. This is on you.” Not only did I have to reconcile things I grew to accept from the past, I also had to ask myself what I had been doing in the present to honor these brave students. Have I been an ally for them? Have I been truly looking out for them? How can I speak out for their injustice? My internal mantra of “This is how it is,” is no longer acceptable, and if I am digging deep, it never really was. Not only for me, but for these students and for my beautiful  children. They deserve to feel a sense of belonging, and not to experience the sense of lacking that my generation too quickly accepted. It was powerful and I felt compelled to exhibit some bravery and to speak up. Because I too deserve to be here. I too deserve to be heard, to have a voice, to love myself and believe in myself unequivocally. And so do they.