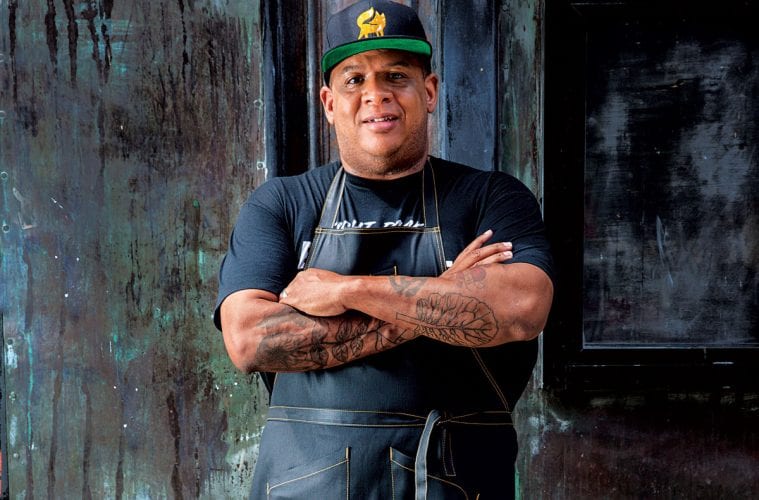 Todd Richards was interested in two things when he moved to Atlanta in 1991: songwriting and physics. But two years into his undergraduate studies at Georgia Tech, the Chicago-native found himself yearning for something more fulfilling — until he got a job in the meat department at Kroger.

“I loved being around food, talking about food, and spending time with people who wanted to know things about food as a butcher,” he says. “That’s when my passion developed and my career took off.” 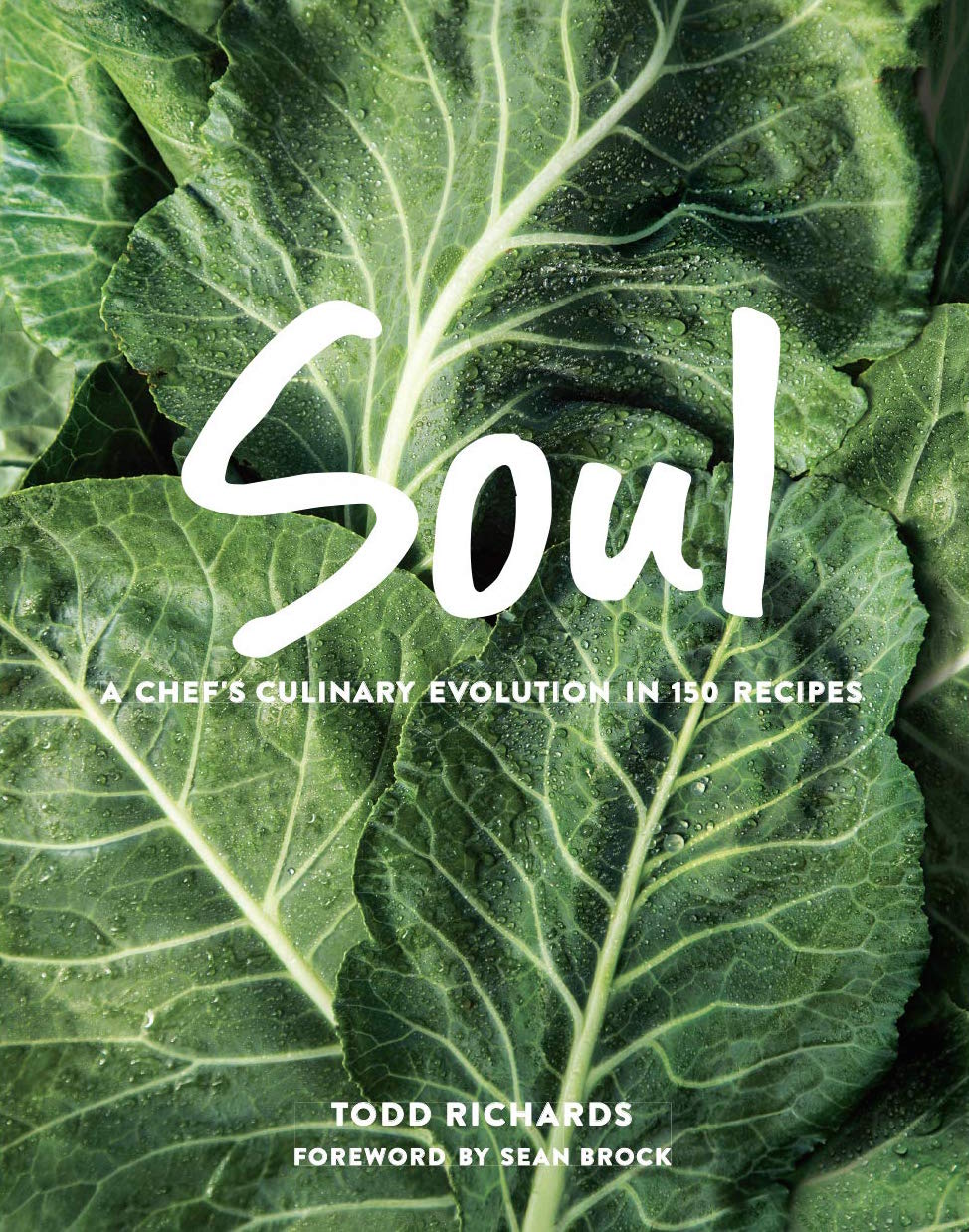 After paying his dues as a line cook at the Blue Ribbon Grill, Richards was referred to Chef Daryl Evans, then-executive chef at the Four Seasons Hotel Atlanta. The mentorship proved foundational to Richards’ understanding of food as an art form that should please all five senses and be presented in spectacular fashion because, as Evans liked to say, “people eat with their eyes first.” Culinary directorships at The Ritz-Carlton and One Flew South followed for Richards, as did two James Beard nominations for Best Chef in the Southeast. His mettle was also tested on Iron Chef as a competitor. Now, the self-taught chef has added another title to his resume as the author of SOUL: A Chef’s Culinary Evolution in 150 Recipes. Richards will discuss his book at the Atlanta History Center this Thursday, November 29, at 7 p.m.

SOUL traces the journey of ingredients and cooking techniques that originated in West Africa and were brought to the American South via the transcontinental slave trade, and follows the cuisine’s great migration to the Northeast, Midwest and West Coast. The primarily vegetable-based dishes are supplemented by bedrock ingredients like seafood, poultry and meat in over 150 recipes and photographs — including Blue Crab, Apple and Horseradish Salad; Blueberry-Sweet Tea-Brined Chicken Thighs; and Hot-Chicken-Style Country-Fried Lamb Steak. Original recipes for Peaches and Pimento Cheese; Strawberry Rum Cooler; and Fried Blueberry Pie show off Richards’ taste for modern flavor combinations.

First and foremost, SOUL is an homage to the lessons imparted by Richards’ mother and father, who taught him that the unspoken rule of hospitality was to approach food with a kind heart and gratitude. 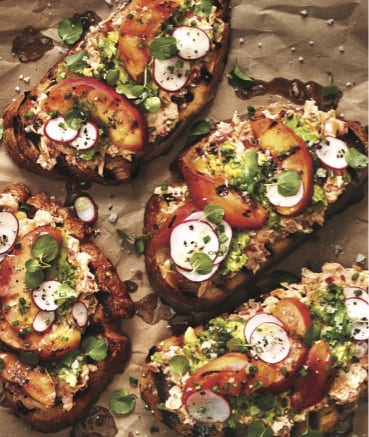 Richards says his parents, Valoria Viola and Willis Richards, Jr., were fantastic cooks in their own right who thought nothing of hosting 60 to 70 guests for summer cookouts, birthday parties, anniversaries and major holidays. “It required massive amounts of food,” says Richards, who remembers the ritual of hunting and gathering with his family. “My dad would go to one market in Chicago to procure sausages and ribs, another to get chicken and another to get fish. And my mom would take care of getting vegetables at the farmer’s market . . . or from our next-door-neighbor’s backyard garden. The great Charlie Trotter once said he was better than most chefs in the world because he bought better ingredients. I know this to be true based on firsthand experience with my parents.”

Richards’ recipe for Pickled Collard Green Stems was inspired by his father’s refusal to toss what less-imaginative cooks regarded as table scraps. But if frugality was the father of invention in Willis’s case, Valoria’s love of Chinese cuisine inspired her son’s curiosity and desire to incorporate far-flung flavors and cultures in culinary fusions like his Collard Green Ramen dish. His parents’ gratitude for the hands that planted and harvested the foods they ate informed their son’s sensitivity to give thanks for every link on the food chain.

“Getting to know the person responsible for supplying raw ingredients gives you a different perspective,” says Richards, who is the chef/owner of Richards’ Southern Fried at Krog Street Market. “If you know the farmer who grew the food, or the fisherman who caught the seafood, you would not want to burn, or over-salt, or ruin something that another person spent painstaking hours growing and harvesting.” 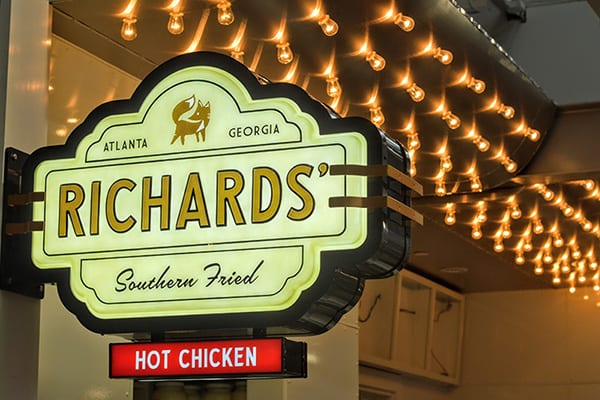 Richards is a self-described introvert who wears his heart on his sleeve. Inked radishes and a life-sized collard green leaf vie for space with what he calls the oven tattoos on his forearms. And though he jokes that chefs are nothing but musicians who never made it, the 45-rpm adapter etched on his left arm attests to his undying first love.

“I created playlists throughout SOUL because cooking is rhythmic and soundtracks can encourage people to cut and prepare foods at a particular pace. Also, music is part of creating an experience for your guests. You never walk into a silent restaurant, and I believe a cookbook without music is like a restaurant without music.”

Behind the scenes, it’s the sound of Richards’ chopping and stirring that establishes a tempo and keeps his kitchen staff humming. In this arena, “Yes, Chef!” is the only appropriate refrain in the call and response. And if ever there was a song that summed up their approach to food, it would be Aretha Franklin’s “Respect.”

“In our society, we are willing to sacrifice good taste for good looks,” says Richards. “We try to pick the most perfect-looking tomato despite them not being flavorful most of the time. And as bananas start to decay, we reject them even though they’re at their sweetest. We can’t overlook things just because they have blemishes.”

Chef Todd Richards will give a book talk about SOUL: A Chef’s Culinary Evolution in 150 Recipes at the Atlanta History Center on Thursday, November 29, at 7 p.m.