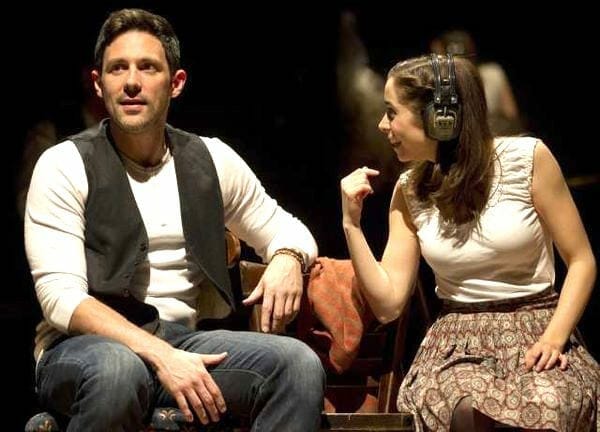 Steve Kazee as Guy and Cristin Milioti as Girl in the original Broadway production of the musical "Once." Performances begin January 31 for the Horizon Theatre staging. (Photo by Joan Marcus)

Horizon Theatre, 7 Stages and Serenbe Playhouse firm up their 2020 seasons

Horizon Theatre, Serenbe Playhouse and 7 Stages have quietly filled out their 2020 seasons, scheduling productions — some more intriguing than others — that begin this month and end in October. Note that 7 Stages’ intermittent Home Brew, its play-development series, returns January 18. Let’s look at each lineup by theater.

The Inman Park/Little Five Points playhouse begins its 36th season January 31 with the intimate musical Once and concludes it in October with a title from Lisa Loomer (The Waiting Room). The five-show season includes a newer title from poet-playwright Marcus Gardley (2013’s every tongue confess) and a yet-to-be announced musical in May–June. The other titles:

Once. January 31–March 8. A modern-day musical about an Irish busker and a Czech immigrant drawn together by their love of music during one week in Dublin. Frequent Horizon collaborator Heidi Cline McKerley directs a 10-person ensemble of actor/musicians that includes Chase Peacock and Maggie Salley as the couple, plus Chris Damiano and Jessica De Maria, faces you might recognize, among others. The 2012 Tony Award-winning best musical had a Broadway run of nearly three years. The score is by Glen Hansard and Markéta Irglová, with a book by Enda Walsh. And yes, it was a movie first (in 2007). A national tour played Atlanta’s Fox Theatre for one night last October. Horizon’s more intimate space, despite its pokey seats, is a much better fit. 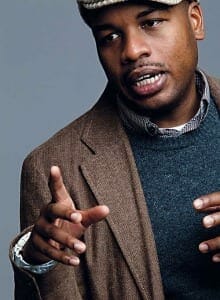 Horizon Theatre staged Marcus Gardley’s otherworldly “every tongue confess” in 2013. In July it takes on a family drama set in 1830s New Orleans.

The Light. March 27-April 26. By Loy A. Webb. The New York Times described this piece as “a sometimes dubious and sometimes devastating play about sexual assault and its aftershocks,” adding that it’s “a rom-com, a drama and very nearly a tragedy.” The two-person piece had its world premiere in Chicago in 2018 and a sold-out off-Broadway run in early 2019. The Horizon cast features the estimable Cynthia D. Barker and Enoch Armando King, who are always worth watching. Horizon’s Marguerite Hannah directs.

The House That Will Not Stand. July 10–August 16. By Marcus Gardley. This time the award-winning poet and playwright writes about free women of color in 1836 New Orleans, basing his family drama on Federico García Lorca’s 1945 piece, The House of Bernarda Alba. Gardley’s script, which had its world premiere at Berkeley Rep in 2014, follows Beatrice, a black Creole woman in a problematic common-law marriage with a rich white man. No director or actors have been named yet.

Roe. September 18–October 25. By Lisa Loomer. Loomer’s 1994 The Waiting Room featured three women from different time periods who meet in a modern doctor’s waiting room, each dealing with a cosmetic body modification (foot binding, corsetry and breast implantation). In Roe, she focuses on the personal journey of “Jane Roe,” the woman at the center of the historic Roe vs. Wade abortion-rights case. Roe had its world premiere in late 2016 at the Oregon Shakespeare Festival in a coproduction with Arena Stage in Washington, D.C. It goes up on the Goodman Theatre stage in Chicago this month. No director or actors have yet been named for the Horizon staging.

The Palmetto-Chattahoochee Hills theater company begins its first season since the exit of founding artistic director Brian Clowdus. The company is led by managing director Mickey McGuire and associate artistic director Joel Coady, with Serenbe since 2016. The board is searching for its next artistic director. Remember, all Serenbe shows are performed outside. No directors or actors have yet been named, but the titles for Serenbe’s 11th season, are:

Spring Awakening. March 18–April 12. The 2007 Tony Award-winning best musical takes place in a provincial German town in the 1890s, as a group of students moves from adolescence toward adulthood. It’s all done to a rock score by Duncan Sheik and Steve Slater (both Tony winners). The show itself won a total of eight. The Broadway original helped fuel the careers of Jonathan Groff (Hamilton) and Lea Michele (Ragtime, TV’s Glee). Best song title: “The Bitch of Living.” 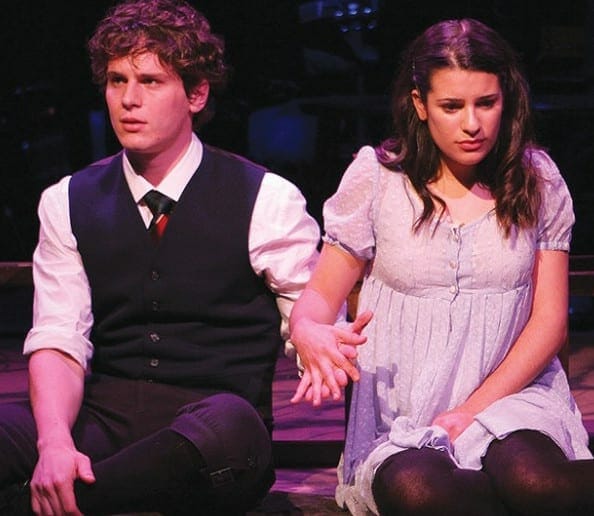 Jonathan Groff and Lea Michele in the original Broadway cast of “Spring Awakening.” Serenbe Playhouse takes the musical to the forest in March. (Photo by Monique Carboni)

Steel Magnolias. May 20–June 14. Robert Harling’s 33-year-old comic tragedy may be more chestnut than magnolia by now. Still, Truvy’s Louisiana beauty parlor will get Serenbe’s immersive treatment (a pop-up salon), as six women of varying ages celebrate friendship amid life’s ups and downs. The show has been done off-Broadway, on Broadway, in an 1989 feature film, on national tours and regional theaters, including Atlanta’s Alliance Theatre in 2014.

Alice in Wonderland. June 4–August 30. You’re invited to fall down the rabbit hole in an original, family-friendly adaptation of Lewis Carroll’s classic tale. Serenbe staged an original Alice tale by playwright Rachel Teagle, a former Atlantan now living in St. Paul, Minnesota, as part of its third season in 2012.

Kinky Boots. July 8–August 9. Regional premiere. This 2013 Tony Award-winning best musical — it won six Tonys in all and ran on Broadway for six years — comes from actor-playwright Harvey Fierstein and pop artist Cyndi Lauper. It’s based on the 2005 British film of the same name and tells the story of Charlie Price, who has inherited a struggling shoe factory and forms an unlikely partnership with a drag queen named Lola to produce a line of high-heeled boots and save the business. 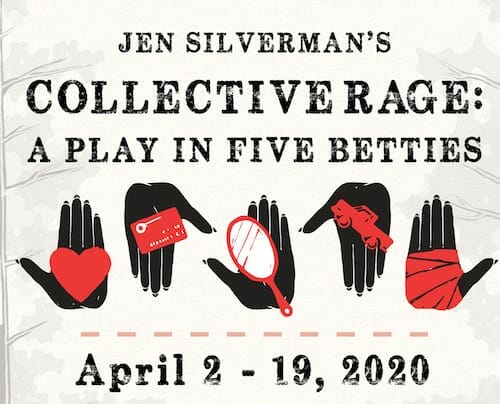 Human: A Pretty Monstrous Encounter. May 9 only. Another entry in the company’s periodic open festival of immersive performances. Includes a variety of performances, an artist market, visual displays, video installations, an open mic, poetry, dance and food.