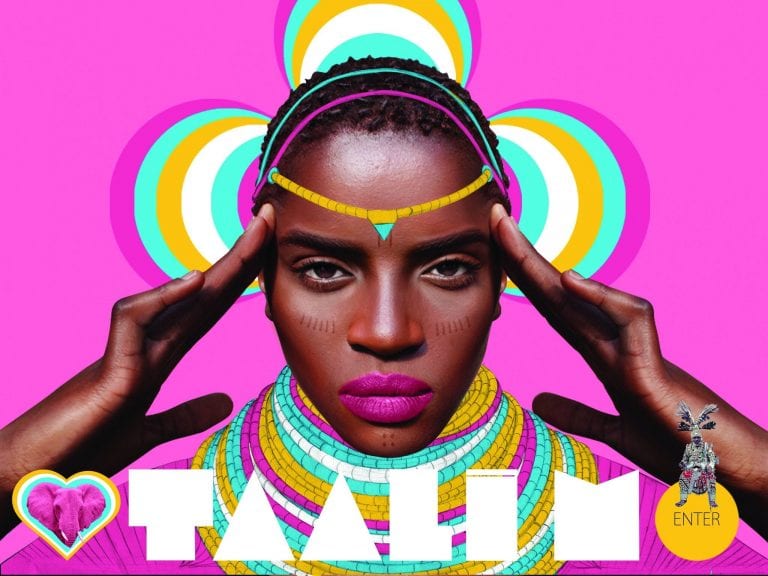 Last weekend, the High Museum opened its largest ever exhibition of African art, featuring more than 200 pieces by more than 120 artists from 25 African countries. Making Africa: A Continent of Contemporary Design will be on view through January 7, making the High the first stop in the United States for the exhibition, which premiered at the Vitra Design Museum in Germany in March 2015 and has toured internationally since.

The aim of the show is to offer a different perspective on the African continent. In the West, the perception of Africa is often of a place overshadowed by war, rape, poverty and social inequality. For many years, the commercials from the Christian Children’s Fund depicting starving children with flies swarming around their heads created the dominant image of Africa in the United States. It’s true that, as with every place on the planet, there are sociopolitical struggles in Africa, but as the exhibition reveals, the continent has never been devoid of innovation.

Making Africa features myriad works in a variety of media, including the architecture of Kader Attia and David Adjaye, cardboard city models by Bodys Isek Kingelez and animation by Robin Rhode, a South African artist based in Berlin. It also showcases the furniture of Cheick Diallo from Mali and the photography of Mário Macilau of Mozambique, as well as the images of Zanele Muholi from South Africa, to name a few.

The garments, paintings, photos, videos and other media include work by artists and makers in modern Africa while also referencing the artists of the past who influenced them. A passage in the exhibition catalog indicates the extensively collaborative and comprehensive outlook of the curators: “The historical and theoretical background is explored in essays and discussions with Okwui Enwezor [curatorial consultant], Koyo Kouoh [founding artistic director of RAW Material Company], Edgar Pieterse [director of the African Center for Cities in Capetown] and Amelie Klein, among others. These are complemented by statements from around 70 other experts from Africa, who met at interviews and think tanks in cities such as Cape Town, Johannesburg, Lagos, Dakar, Nairobi and Cairo.”

“Prolog,” the section that leads the exhibition, serves as an introduction, followed by “I and We,” which focuses on cultural influencers throughout the continent. “Space and Object” is an exploration of Africa’s architecture and design, while “Origin and Future” shows how contemporary African design recalls traditional African art.

The “Prolog” section at the front features Kenyan artist Cyrus Kabiru’s “C-Stunners,” decorative glasses surrounded by a large-scale projection of video interviews with the 70 people who helped bring the exhibition into being. “The glasses are not meant to correct one’s vision in a material sense, but in metaphorical sense, they are meant to change people’s perspective on Africa,” says Carol Thompson, the High Museum’s curator of African art. “They allow people to see Africa in a new and different way that counters all of the negative stereotypes and preconceived notions, so that it is a very powerful metaphor at the beginning of the show.”

Featured artist Zanele Muholi similarly addressed some of the exhibition’s wide-ranging aspirations when she participated in a recent open dialogue at the High with Vitra curator Amelie Klein. The photographer, who identifies herself as a visual activist, places herself in many of her black-and-white images alongside other members of the African LGBT community who challenge myopic perceptions of beauty and gender.

“There are a lot of people from Africa who are in the States, who are in Europe, who are in Asia, who have been displaced from their countries of origin because of homosexuality being outlawed in those countries,” Muholi says. “Somebody from Africa might walk into that space and see herself or himself within that setting, and feel at home in a way, or reminisce, or feel good. I just want black people who are LGBTIA-identifying to see themselves and think of the importance of re-writing our visual history. We can talk of any freedom we want, but if there is no visual attaching [to] such freedom, it means that we are discounted in different ways. I’d like someone to walk into the space and see themselves.”

Another artist featured in the exhibition is photographer Omar Victor Diop, who will give a talk on Friday, November 3, in the Hill Auditorium about his Studio of Vanities project, which focuses on tastemakers in his native Senegal. For Vanities, Diop took portraits of a diverse group of designers, makers, influencers and artists in Dakar to speak to the way that they influence and engage in greater contemporary culture. The fashion photographer’s pictures are of individuals in front of colorful backgrounds that either provide a contrast to their outfits or that make them blend into the walls. (Atlanta audiences may be familiar with Diop’s work from his Project Diaspora exhibition at SCAD and the 2015 On Being Black exhibition at Arnika Dawkins Gallery where a self-portrait of the artist dressed as abolitionist Frederick Douglass was featured.)

Thompson says she hopes that visitors to the exhibition will leave with a greater understanding of global cultural connection.

Information about additional public programs can be found on the High Museum’s website. The events include a screening of director Alain Gomis’ film Félicité on Friday, October 27, at 7 p.m. in the Hill Auditorium. The movie premiered at the Berlin Film Festival in February and follows a lounge singer in the Congo capital of Kinshasa as she searches for a way to save her hospitalized son. Gomis will lead a discussion before the screening.