After more than a year of being cooped up due to Covid, Atlantans can enjoy a six-day event featuring experimental, socially conscious live performances — indoors and out —  in-person conversations with artists, and a free community meal cooked in an art gallery. This is what Atlanta-based artist platform glo is offering in the West End from October 26-31 in its eighth chapter of Tanz Farm.

Tanz Farm, glo’s production wing, invites artists from around the world to present workshops, performance installations and conversations on whatever subjects they please; this year’s artist-in-residence, Morgan Bobrow-Williams (they/them), returning for a second year, will present a continuation of The Running Project: a living gallery, the trans-disciplinary work begun last November at the Historic Rhodes Theater.

“I’m looking forward to sharing these ideas in a more concentrated way,” Bobrow-Williams said of the week’s events. “I’ve set up a lot of space for conversation with the community to hear and dialogue with them, which is really important to me.”

The week’s events will alternate taking place in Gallery 992 — a space created specifically for the arts by Grammy Award winning saxophonist Kebbi Williams — and the Westview Corner Grocery, with most of the performances in the former. It marks glo’s return to an indoor space since the Covid shutdown in March 2020. (glo encourages visitors to wear masks, which are available on site.)

“Our community needs it,” Williams says about glo’s West End appearance. “It’s definitely an artsy neighborhood — it’s just not on the radar for high art like glo is . . . so for them to come to us is just spectacular.”

While the Tanz Farm program centers around Bobrow-Williams’ work, the week will also feature conversations within the community — the speakers include glo founder Lauri Stallings and Gallery 992 owner Williams — and civic actions such as handing out art supplies and healthy snacks as part of glo’s Play Kit initiative.

It’s a multifaceted program, one that, in standard glo fashion, puts community at the forefront. 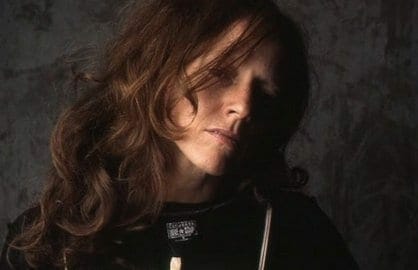 glo’s Lauri Stallings brings Tanz Farm to the West End for six days of movement, play and brunch for the community.

“I think about bodies of work as well as the more-than-human positions choreography is able to occupy in 2021, and that has inspired me to make the kinds of things I do,” Stallings said in a press release. “Making this Tanz . . . with Kebbi, Morgan and Westview Corner Grocery, is for West End families and people.”

Bobrow-Williams, a multidisciplinary visual, conceptual and performance artist currently based in New York, has been working on The Running Project since last November. While the Augusta-born artist’s first Tanz Farm residency largely involved taking time to research and develop ideas, this time around will see Bobrow-Williams present a more directed and intentional work. However, as the name suggests, The Running Project: a living gallery is alive, constantly evolving and never static. It’s an element Bobrow-Williams is fond of, one that’s exemplified in the documentary of the artist’s creative process by Annette Brown that’ll be screened on October 30 at Gallery 992.

“It feels like a part of (the work) to have that process shown,” Bobrow-Williams says of the documentary. “I connect with glo a bit in not needing to polish anything and showing the rawness and essence as is.”

The core of Bobrow-Williams’ solo work was birthed out of reflections on the artist’s identity as well as events that were going on in the political sphere. Running plays a big part in The Running Project, both literally and metaphorically, as a way to present the dichotomy between someone wanting to live life freely and having an outside reality imposed on them.

Movement is only one facet of The Running Project, though; sound, a sculpture and Brown’s documentary are also a part of this trans-disciplinary iteration, which Bobrow-Williams described as work that, “fuses all the mediums and forms (together) to create something that is beyond those mediums and must also exist together.”

The work will be slightly different each night as it involves improvisational elements, mirroring glo’s own improvisational and, in Williams’ words, “experimental” style. Additionally, like glo’s past site specific work — in 2019, the group occupied Peachtree Street in front of the High Museum of Art — Bobrow-Williams’ The Running Project will leave the gallery for a day on October 29 and take to the streets (read: sidewalk) outside of Westview Corner Grocery.

The week’s events will culminate on October 30 at the gallery with a brunch that Bobrow-Williams will cook for the West End community as a way to give back and bring everyone together. The hope is that, by the end of the program, the wall between artist and audience will vanish, and those sharing the space can interact person to person. It’s certainly not something one sees every day, but it’s something many artists believe is important, including Williams.

“We (should) all remember that you have to give back, because you got it from somewhere,” says Williams, who’s “stoked” to be hosting glo. “Uplifting the community and engaging them through arts — that’s what we should do as artists.”

Simona Lucchi is the inaugural ArtsATL Fellow, a year-long annual fellowship designed to mentor a post-graduate aspiring arts writer of color. She is a recent graduate of Kennesaw State University with a double major in dance and journalism. Lucchi is also part of the ImmerseATL dance artist program. Her ArtsATL Fellowship is made possible through a generous gift from National Black Arts.