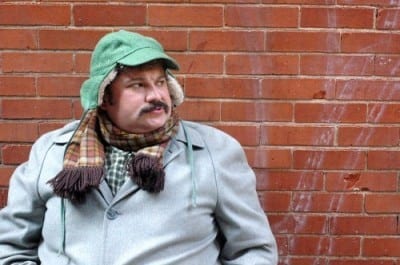 The Falstaff of Southern fiction, slovenly hero of “A Confederacy of Dunces,” at Theatrical Outfit

To fans of the late John Kennedy Toole’s great Southern comic novel “A Confederacy of Dunces,” Ignatius J. Reilly needs no introduction. He is, as Walker Percy put it memorably in his foreword, a “slob extraordinary, a mad Oliver Hardy, a fat Don Quixote, a perverse Thomas Aquinas rolled into one … with his thunderous contempt and one-man war against everybody.”

For 30 years, Reilly has lived only on the page, as Hollywood has dithered through an endless series of new ways not to make a movie. But now Atlanta theater audiences get a rare chance to watch Ignatius come to full, bloated, waddling, hot-dog-spewing life, along with all the other characters of this overstuffed book: Ignatius’ long-suffering mother, a revolution-minded sexpot, a hapless cop, a dim stripper and many others, none of them terribly bright, most of them ultimately lovable. (Update 8/16/2010: For ArtsCriticATL’s review, go here.) 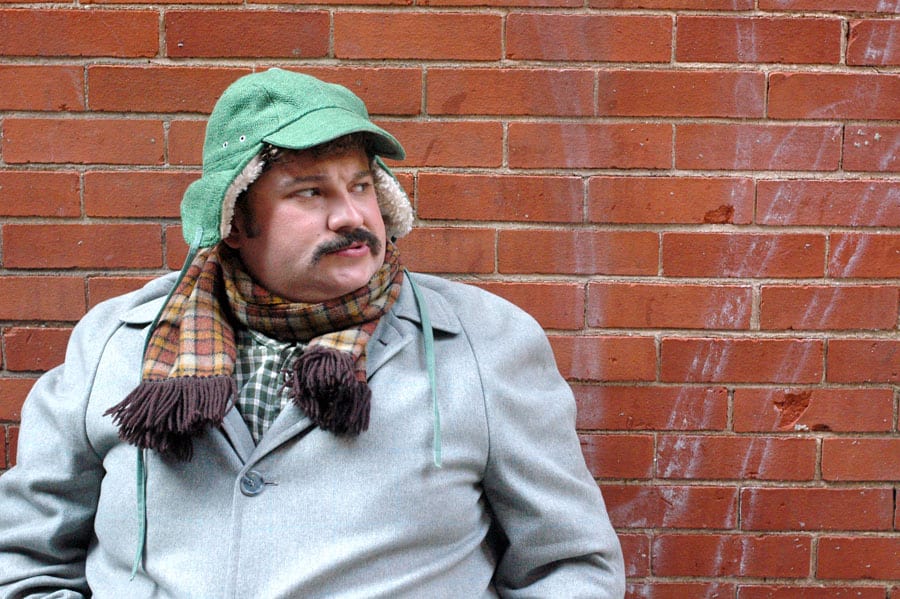 Atlanta theatrical legend Tom Key has adapted “Dunces” for a world premiere production at Theatrical Outfit August 11 through September 12. A cast of 17 will play more than 30 characters. Aaron Muñoz, a newcomer to Atlanta theater, portrays Ignatius, and the production is directed by Georgia Shakespeare’s Richard Garner. (Muñoz photos by James Bullins.)

I talked to Key recently about the new production; this is an edited version of that conversation.

Phil Kloer: When did you first read “A Confederacy of Dunces?”

Tom Key: Shortly after it was published in 1980. I was absolutely astonished by the book. It was like this novel was meant to be published. And any good literature, if it’s suited for it, is meant to be dramatized so that we can have an entrance to the story through theater or film. One of the first clues to me as to whether or not a novel is begging to be put on the stage is: Is the dialogue effective and real? In this case it is. And there are endings to some scenes that are almost punch lines. 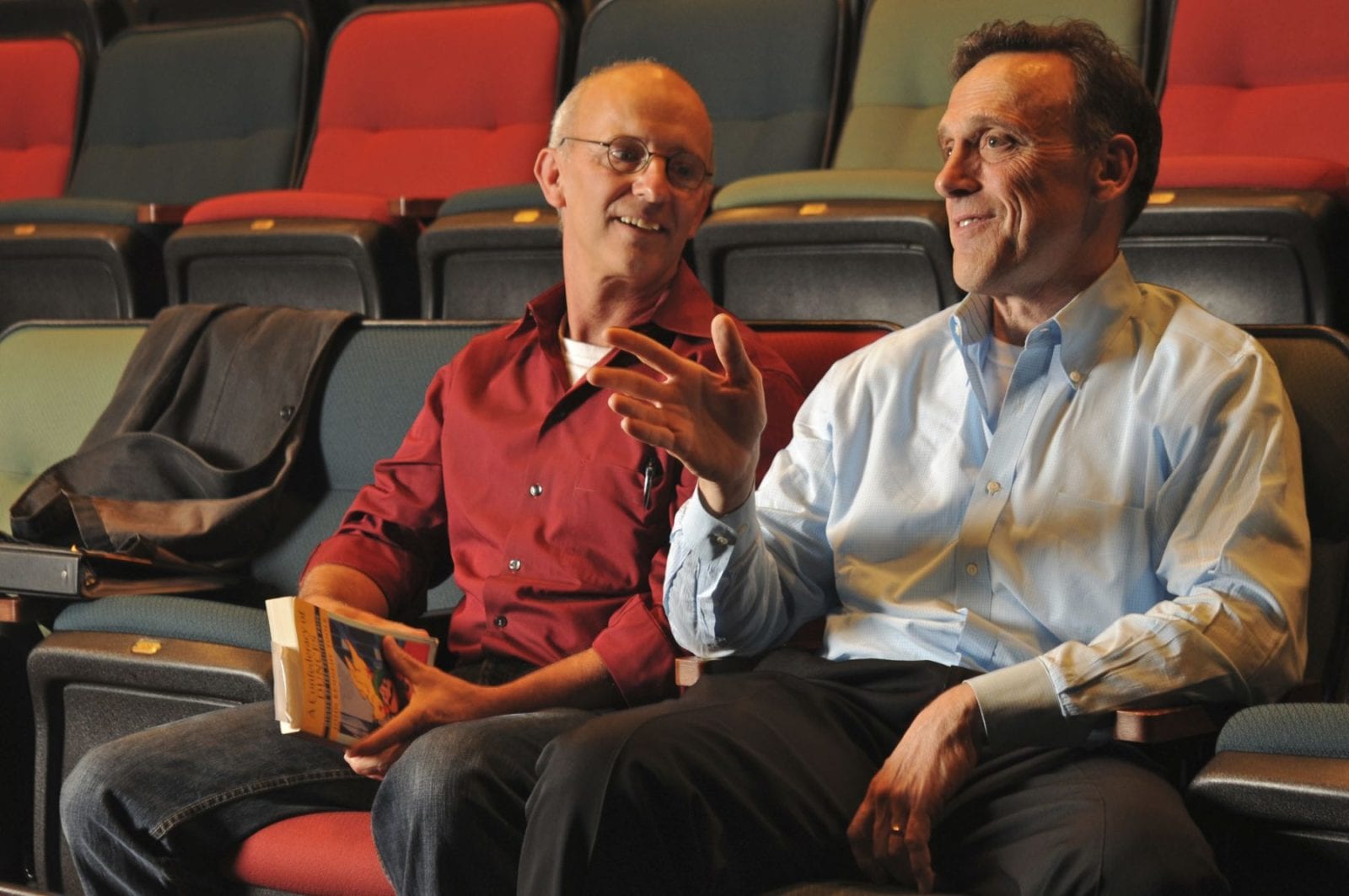 Kloer: One of the charms of the novel is its size and epic shape. If you don’t cut it down, it would be a 40-hour play. Did that make it hard to adapt? (Richard Garner and Tom Key, above. Photo by James Christerson.)

Key: This is my sixth adaptation, so experience helps a lot. The first thing I do is go through the novel with a yellow highlighter marking everything that is my first hunch of what will work for dialogue or narration in terms of storytelling. The audience has to have the information it needs to not only follow the story but especially to care about what happens to Ignatius. Later I have actors read it and I can get a sense if there’s something missing. I’ve done four drafts — the last was after I saw it onstage in rehearsal and cut 25 minutes out of it. Now it’s just right. It’s hilarious, but you start to really care about Ignatius. 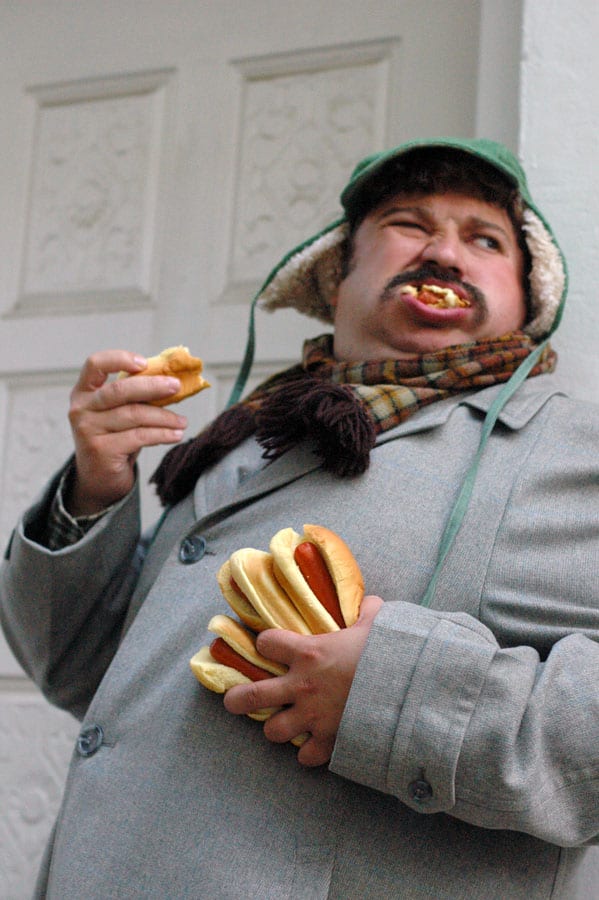 Kloer: Parts of the book don’t fit our current sensibilities of political correctness, even though Toole really loves these characters. There’s a black character named Burma Jones who speaks in an exaggerated dialect, and some gay characters that are pretty shrill. Were you concerned about audience reaction?

Key: That’s a concern. It’s part of the business of the adapter to distinguish between what the individual reader can absorb and what the group mind of the audience can absorb. Those are two very different entities. It’s been interesting for me to meet a number of people who were told they need to read this or it’s great literature; they can’t get around the obnoxious nature of Ignatius. I’ve heard this from professors of Southern literature. I think that’s an advantage of a stage adaptation. It’s human nature to be more forgiving and give someone a chance if you’re with them in person. There are things we are offended by when we read about them, but when you’re sitting there in front of someone, the chances are maximized for understanding. So I have modulated the language to keep as broad an entryway as possible. My take is: If reading the book didn’t work for you, give the play a chance. I think people will have a compassion for Ignatius.

Key: According to our research, we are one of two licensed stage adaptations. There’s also a one-man-show version that’s been done in Louisiana for years. This is a world premiere of my adaptation. It’s interesting that after all these years of waiting for a movie to be made out of it, it’s being dramatized first on stage.

The adaptations are being done within a year of each other because of a window of opportunity with a Paramount Pictures option. So we have limited rights, but it will give us the opportunity to prove what Theatrical Outfit can do with this piece of Southern literature. There may come a time when we get an opportunity to do another treatment. The theater business being what it is, I’m glad we get a chance to go to bat. This is just what our mission is; it’s what we do. We’re inviting producers and critical judgment, and I want to re-evaluate when that’s over.

Kloer: So the afterlife of this particular production is uncertain.

Key: It’s to be determined. But we plan to pursue taking it on to other productions.