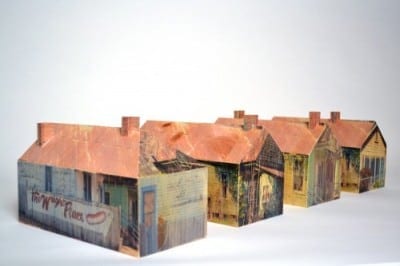 Here follow remarks on a few of the notable art exhibitions around town.

Most urgent, because it closes Friday, July 29, is “Mapping Memory,” marking artist Frank Poor‘s poignant response to his native South after many years away. The handsome, carefully crafted sculptures and works on paper in the Ernest Welch Gallery at his alma mater, Georgia State University, might seem at first blush awfully close to William Christenberry. But Poor adds his own fillip to the elegiac depiction of the vernacular structures — churches, “shotgun” houses, farm outbuildings, mom-and-pop storefronts — of the rural South. 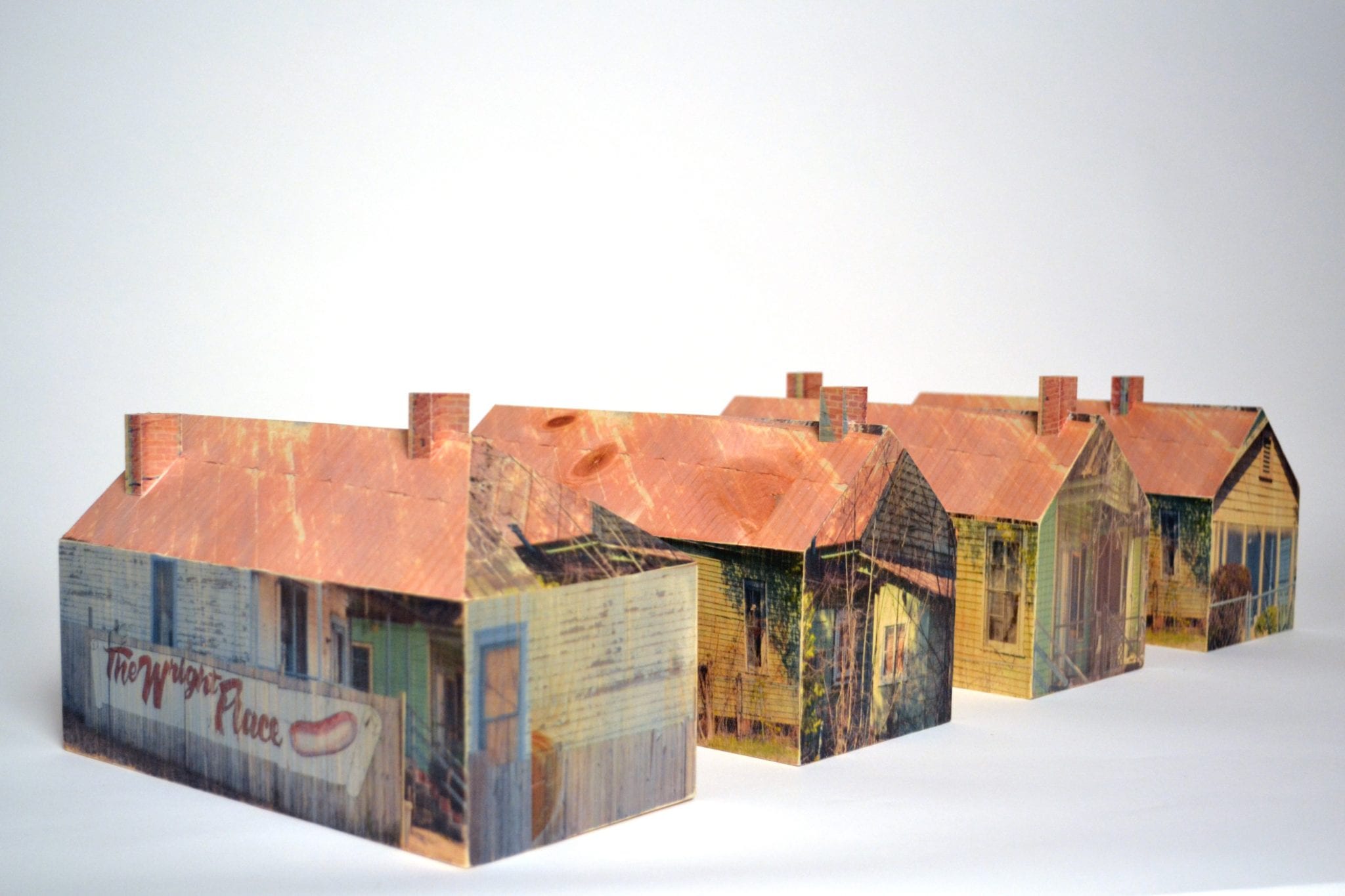 One of Poor’s signatures is a nimble interplay between two and three dimensions and between representation and stylization. The surfaces of the structures are covered in inkjet photos of the actual buildings. The paper is translucent enough to let the knots in the pine veneer or the burnished brown hue of the cherry show through. The images are intentionally not a perfect fit. For instance, trees that would be a distance from the façade are telescoped onto the building. For more about this exhibit, see my AJC review.

Thornton Dial’s “Hard Truths: The Art of Thornton Dial,” a 20-year retrospective of the formidable Alabama self-taught artist, will open at the High Museum of Art in 2013, but you can see what the octogenarian artist is up to right now at Bill Lowe Gallery. Let it be known: he’s still on his game. 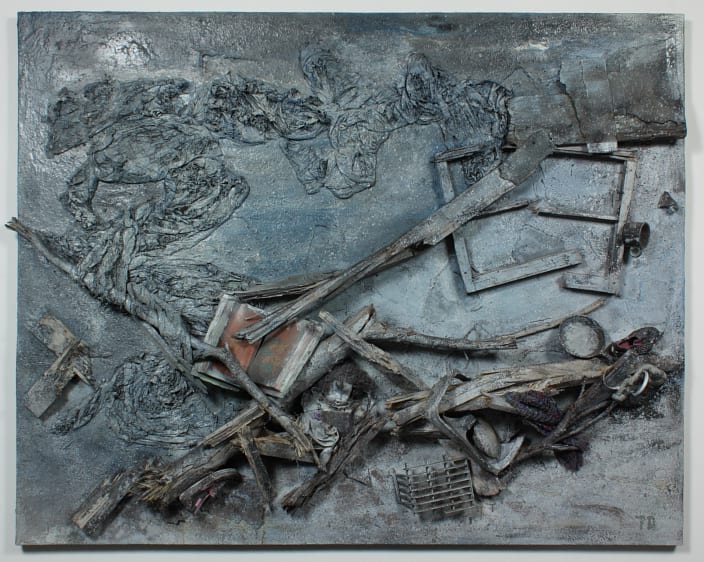 The mighty sculptural paintings that make up Dial’s “Disaster Areas” represent his response to global tribulations, from the tsunami in Japan to Alabama tornadoes whose wreckage he saw with his own eyes. He continues to mine the evocative power of found objects, which aptly suggest the detritus of these disasters in abstract compositions, often painted in limited palette to pull the parts together.

Most of the works are dense accretions of objects and paint, though not as dense as the mid-1990s paintings at the front of the gallery. But Dial also works in a spare, semi-representational mode, in which objects such as a vase function as themselves in the composition. I’m partial to the others, but it may be because these are new to me. Through August 27.

Yanique Norman has gained notice for surreal graphite drawings that limn, with disarming delicacy and draftsmanship, images that seemed plucked unmediated from the libido. Salvador Dalí would approve of the female figures — vamps with bulbous bodies like ancient fertility goddesses — that float in the netherworld of time and space in her past drawings.

Now the Atlanta artist has taken her work to the next level, introducing new imagery and expanding her techniques in “Middle Passages Redux” at Sandler Hudson Gallery. This new series has a more overtly racial impetus — to explore, Norman says, “the emotional and psychological postures of the black subconscious mind,” making specific reference to African-American history.

The result is a compelling emotional directness and metaphorical turn, enhanced by the deft use of collaged photographic figures and gouache, which the artist exploits to create both veils of diffuse color and opaque marks. It’s interesting to observe how the photographed face evokes a different effect — something “truthier”  — than a drawn one. Through September 3.

One footnote: I was struck by the similarity of the composition of Norman’s painting (at left) to Jacob Lawrence’s “Marionnettes” (below) in the High Museum. That seems to be a meaningful painting to a lot of artists. 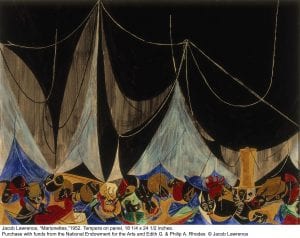