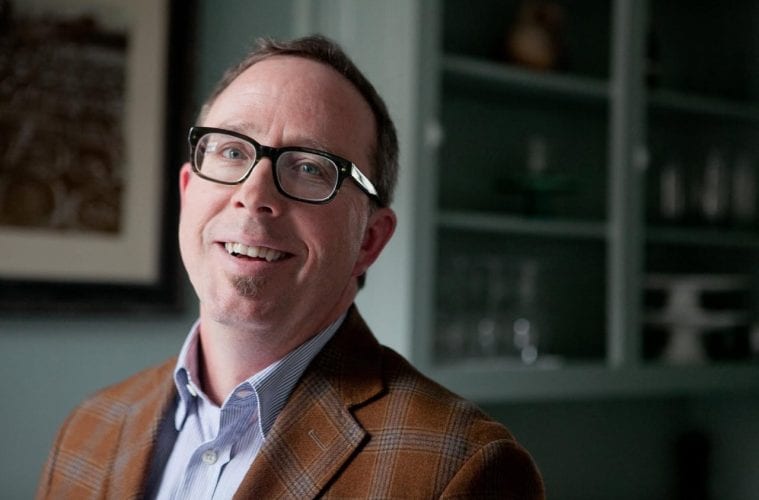 A framework for what the South might be: John T. Edge’s love of food and Atlanta

For any food lover — chef, food historian, researcher, critic or writer — there’s a pivotal point, a marker on their mental memory timeline when they can account for their burgeoning appreciation for all things culinary. Maybe it’s an early memory with a family member who poured their heart into every home-cooked dish. Poring over a cherished collection of cookbooks filled with salivating photos. Tethering a horde of memories to the foods that were present. Or realizing at a young age food meant something more lasting and powerful, beyond just seeking nourishment and fulfillment from what sat on their plate.

For John T. Edge, director of the Southern Foodways Alliance, whose latest book The Potlikker Papers: A Food History of the Modern South (Penguin Press, 384 pp.) was released on May 16, it was a restaurant — a small, little quaint restaurant named Old Clinton Barbecue in his hometown of Clinton, Georgia. “That restaurant symbolized, for me, belonging and community,” Edge said. As an only child, the pangs of loneliness were deeply felt, and he did his best to keep them at bay.

Early on Edge was an avid reader who could often be found playing football and baseball with other children from the community. But when he made the mile-and-a-half trek to Old Clinton Barbecue and took a seat at the table, the experience became much more than merely devouring his fill of smoked pork, ribs, chicken and brisket — it saved him from his solitude. He felt less alone, more connected. More connected to food. 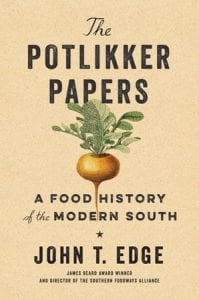 Years later, when he called himself an Atlantan, working in corporate America and feeling egregiously unfulfilled, that connection forged years ago came calling, but in a new, different way.

Edge decided to leave his job and the city — to go back to school. He ultimately obtained a Master of Arts in Southern Studies from the University of Mississippi and a Master of Fine Arts in Creative Nonfiction from Goucher College.

Delving back into school and study unearthed a shining discovery — there was a path to be forged forward with food at the center, a way he hadn’t considered. “It was only after going back to school, moving to Oxford, Miss. and studying at the Center for Southern Studies that I realized my passion for food could offer me a path of study,” he said. “[I realized] I can think about the South and write about the South through food. That it wasn’t just about pleasure and sustenance. It was about intellectual engagement.”

And intellectual engagement Edge steadily pursues and avidly explores in The Potlikker Papers: A Food History of the Modern South. The book, which has been a work in progress since 2014, weaves Edge’s personal narrative into a historical account of the southeastern region with stories, pictures and historical, factual accounts.

One distinction Edge was clear to make within his book is the contribution African Americans made to Southern food culture.

“For so much of the South’s history, when you hear certain segments of the population talk about the region, they’re implying somehow that word South means white South and that the word southern means white culture,” he said. “That’s just demonstrably disingenuous. [The title of my book] is a metaphor for boiling down a pot of greens to its essence. If you boil down Southern culinary culture to its essence, the most defining trait, the most defining cultural trait in Southern cookery and culture, are the contributions of African-Americans. I don’t say that with guilt as a white man. I say that with a pure-eyed vigor.”

Above it all, Edge credits Atlanta with a lot — for being the place he found the courage to pursue a new path and for awakening his eyes to seeing and writing about food with sensitivity and awareness.

“I think about the multicultural moment in which we find ourselves today, the oppressive political climate and how Southern political discourse tends to marginalize immigrant Southerners,” he said. “I recognize I came to understand an emergent south, a future tense South in Atlanta traveling Buford Highway. The South is not fixed in some time past or present. Culture isn’t static. Over time, I’ve learned to think about and write about my native region in a broader way and a more genuinely inclusive way. That was one of the great gifts the city of Atlanta gave to me — a frame of reference for what the South might be.”