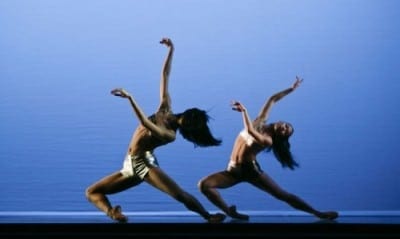 Last week, the program for Atlanta Ballet’s “Sheer Exhilaration” was changing daily, I heard. As of Saturday, a dozen dance pieces have been confirmed for the company’s 80th-anniversary season closer, Thursday through Sunday at the Cobb Energy Performing Arts Centre.

Accompanied by an exhibit of 80 historical photos and memorabilia, the performance will feature several popular revivals along with works by Atlanta-based choreographers Ivan Pulinkala and Matt Kent. The program will also include a new work by Victor Quijada, whose style blends influences from hip-hop, ballet and contemporary dance, and a rhythmically quirky, emotionally charged duet by Bennyroyce Royon, set to a Dani Siciliano song. In contrast to the classical works on the program, both Quijada’s and Royon’s pieces have a refreshingly fluid, grounded, urban feel.

I imagine that this assemblage of short pieces will put little demand on an audience’s attention spans. What I expect will astonish viewers is the dancers’ chameleon-like ability to transition from one physically demanding style to another that is radically different, and then to another. This poses extreme challenges to both body and mind. Knowing this group of dancers, their strength, versatility and work ethic will border on the heroic.

The program order for “Sheer Exhilaration”:

Atlanta Ballet premiere of “me in your fall” by Bennyroyce Royon