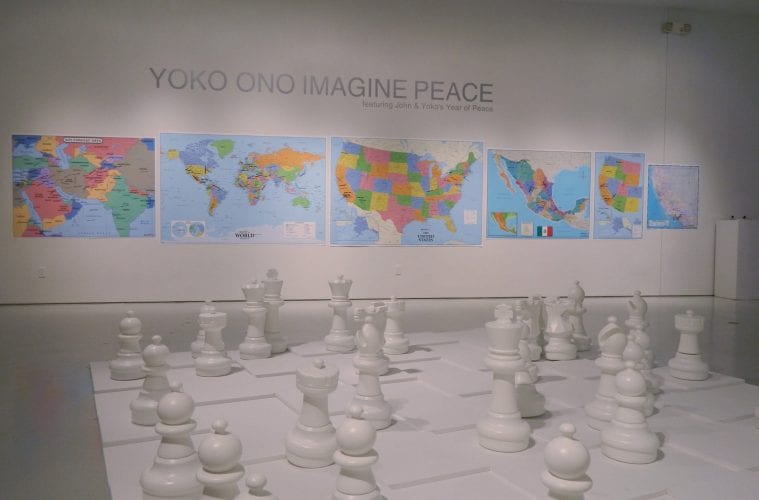 Flux Night comes out of sabbatical with new ambition and a theme: “Dream” 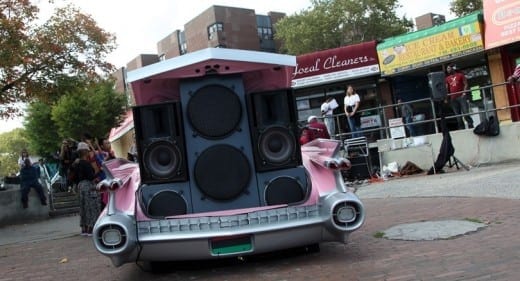 Otabenga Jones & Associates will produce a radio station broadcast l from the back of a pink 1959 Cadillac.

Flux Night 2015: Dream, the one-night art extravaganza, will return on Saturday, October 3, clearly invigorated by a year’s sabbatical. Conceived and organized by Nato Thompson, chief curator for Creative Time in New York, this iteration is the most ambitious in its five-year history in terms of thematic substance and specificity as well as budget and complexity. 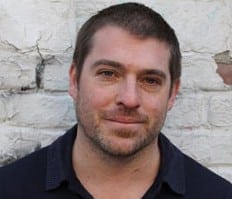 The event will move from the Castleberry Hill District to the Old Fourth Ward, whose vaunted civil rights history inspired its theme. The work will range from Atlantan Sheila Pree Bright’s documentary photos from such places as Selma, Baltimore and Ferguson, to Yoko Ono’s participatory piece, Imagine Peace.

“The artists this year have been commissioned to create works inspired by Dr. King’s dream, and they will be showing these in the neighborhood where he was born, preached and buried,” says Anne Dennington, executive director of Flux Projects, which hosts the annual event.

“This could only happen in Atlanta.”

Dennington says one of the biggest differences from past festivals is that the guest curator was given proxy to determine the location, theme and selection of projects. In its earlier years, a selection committee chose the projects from an open call. In 2013, Helena Reckitt, Flux’s first guest curator, created the theme and commissioned six of the projects. The selection committee chose the remaining 14 works from an open call.

“In discussions with Helena afterwards, we came to the conclusion that a curator’s vision for Flux Night would be best accomplished if that curator could select all the projects,” Dennington says.

Also different, Flux Night will also be investing more money to produce fewer projects. The budget has increased from $240,000 to $300,000. 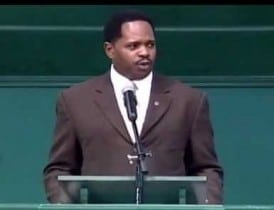 Thompson has assembled a roster of 12 artists, down from 20, whose work will address the dream of an equitable society in myriad ways, from sober to ebullient. 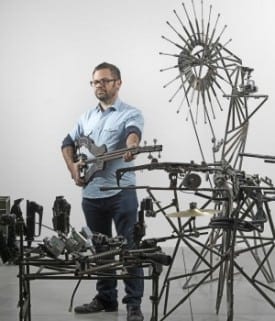 Pedro Reyes with some of the musical instruments from Disarm.

For instance, Pedro Reyes will bring a selection of musical instruments from Disarm, made out of weapons, which will be played by Atlanta musicians of all stripes as a requiem of sorts for lives lost to violence. The collaborative Courtesy the Artists promises that The Parable will be a futuristic experience encompassing, words, voice, music, video, performance and science fiction spectacle.

Disclosure: Louis Corrigan, who founded Flux Projects, is a member of ArtsATL’s board.