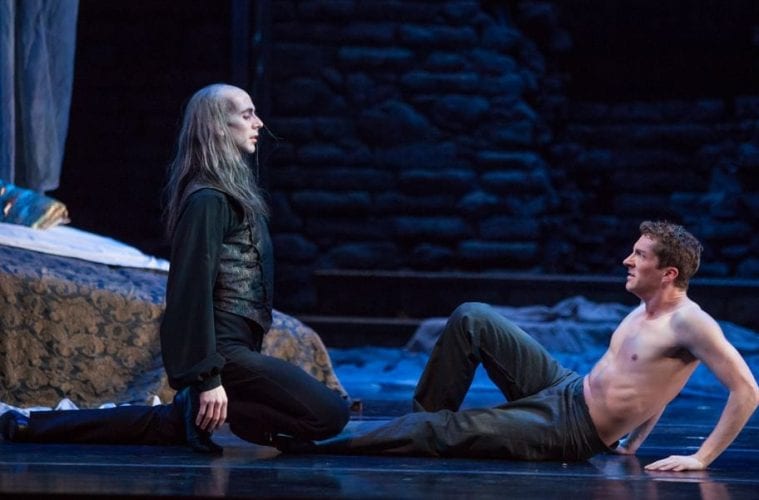 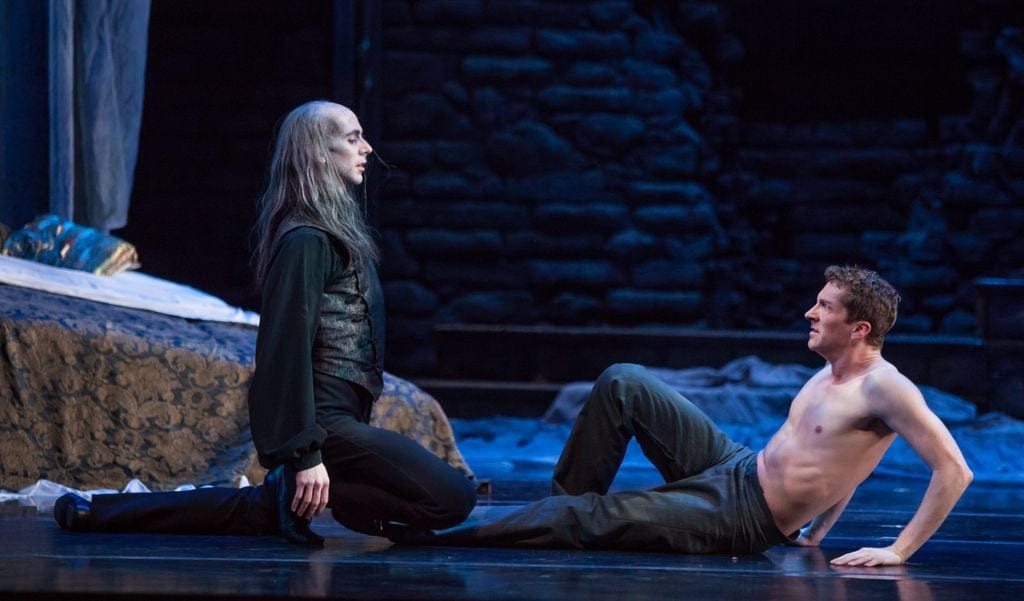 Brian Wallenberg and Jonathan Harker are very much alike: good, reasonable men with a bent for business. Both find themselves in Count Dracula’s castle one night, out of their element and in the arms of three voracious female vampires and the reptilian count himself.

But when Wallenberg the ballet dancer steps on stage to play the hapless businessman in Atlanta Ballet’s “Dracula” on Saturday night, the evening will end not with a nightmare but a bittersweet curtain call. It will be Wallenberg’s last performance with Atlanta Ballet. After 15 years with the troupe, he’s retiring.

It’s a transition all dancers have to make at a certain point in their careers. Because of his business savvy and initiative, Wallenberg, 35, is making the transition pretty easily. In 2009, while also performing, he worked part time in the ballet’s marketing department and had his own videography business. By 2011, he was ready to embark on a second full-time career as the ballet’s social media manager and videographer. “I felt I had done everything I wanted to do as a dancer,” he explains one day during his lunch break. “When you are dancing full time, you give your life to it. I was ready for my life to be more about me and not so consumed by what happens in the dance studio.”

He never expected to be cast once again as Harker, a role he loves and has consistently performed, most recently in 2009. “I love the journey Harker goes through,” he says. “He is a very proper Englishman who arrives in this unfamiliar world. He is scared. He is chased. It’s like being in a live horror movie.”

When Wallenberg was cast in this year’s production of “Dracula,” it came as a surprise. “Our ballet mistress, Rosemary Miles, came to my desk one day and said, ‘Brian, we have cast you as Harker again. Are you OK with that?’ ”

Miles says Wallenberg’s maturity and reliability make him ideal for the part. He is one of three dancers cast as Harker this season and the only one to have performed the role before. “It’s really valuable to have someone in rehearsals who knows the nuances of the role,” Wallenberg explains. “I can relay that to the new dancers.”

This cinematic, edge-of-your-seat “Dracula” is the work of British choreographer Michael Pink, now with the Milwaukee Ballet. It sticks closely to Bram Stoker’s classic 1897 novel and wows even the most jaded ballet fan.

At the end of Act I, Harker is Dracula’s captive victim, drugged, seduced and helpless. And while it looks as though the count (danced by John Welker) is manipulating him in their pas de deux, in fact Wallenberg is doing most of the physical work. It’s a testament to his quiet strength and skill as a dancer.

Harker is not a technically showy role. Nor is Wallenberg a technical virtuoso. Rather, he knows how to move in a way that embodies the character and moves the story along.

Wallenberg grew up in the small town of Victoria, Texas. Neither of his sisters took dance lessons, which is how many boys enter the ballet world. He was, however, interested in acting. When he went to New York with his high school drama club and met the casts of some of the Broadway shows, he got the acting bug for real. In order to be a versatile performer, he reasoned, he needed some dance training. Back home in Texas, his mother signed him up for ballet classes.

“The minute I took my first class, I knew this was what I wanted to do,” Wallenberg recalls. “And I knew dance was my ticket out of small-town Texas.”

After just one year of training, his natural talent and “immense desire” to succeed in ballet took him to the Houston Ballet Academy. Two years later he joined the Houston Ballet as an apprentice. Soon after, Atlanta Ballet, a smaller company, offered him another apprenticeship. He arrived in Atlanta in the summer of 1998 and, as an ensemble dancer, was thrown into rehearsals for “Dracula.”

When the curtain rose at the Fox Theatre that October, Wallenberg was immersed in the ballet. He was one of the Transylvanian villagers in their wild sacrificial dance at the end of Act I, a deliciously civilized guest at the Winter Garden in the Grand Hotel in Act II, and one of the hungry undead in Dracula’s castle. It was an exciting moment for him and the entire company: “Dracula” was already a sensation in England, and Atlanta Ballet was the first company to perform it in the United States.

When the company revived the immensely popular work in 2000, Wallenberg, still an apprentice, was cast as Harker. The role gave him a chance to showcase both his solid ballet technique and his well-honed acting ability. It was a perfect fit. At the end of the season, he was offered a contract with the company and has been there ever since.

He says he’s ready for his second career, but it’s hard to imagine he won’t shed a tear for Harker when the curtain comes down on his final performance. “This role means a lot to me,” he says. “It’s nice to have it be my last hurrah. It’s like a full circle.”