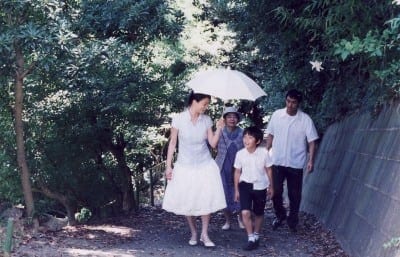 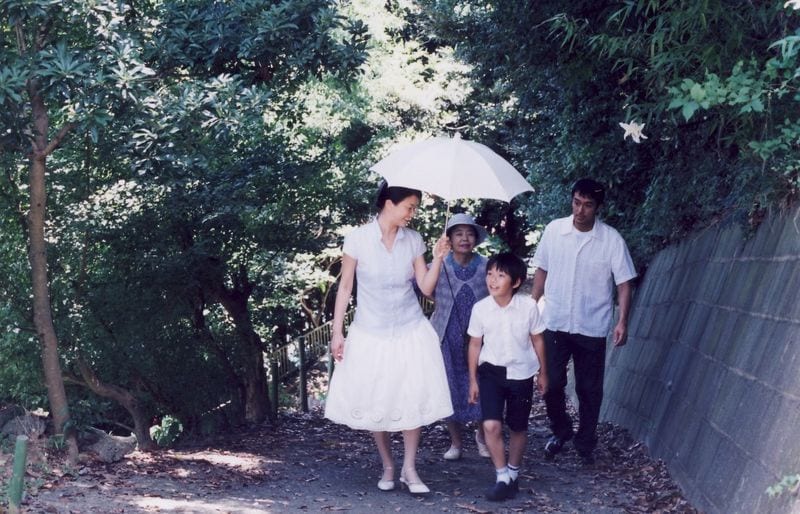 While a grown son’s death is its dramatic focus, the real ghost haunting “Still Walking” is the late director Yasujiro Ozu’s melancholy 1953 masterpiece “Tokyo Story.” That’s not a bad thing.

Like that humanist touchstone, writer-director Hirokazu Kore-Eda’s new movie centers on the gathering of adult children and their aging parents, with all the pleasures and tensions you’d expect.

Making the reunion especially tender is the occasion: the yearly memorial for beloved son Junpei, a physician who died saving a boy from drowning. Now elevated in death to a secular kind of godhood, Junpei was always expected to take over for his father (Yoshio Harada), a doctor at a local clinic in their seaside town who has now settled into cranky semi-retirement with his long-suffering wife (Kirin Kiki).

On the anniversary of Junpei’s death, squeaky-voiced daughter Chinami (You) arrives from out of town with her amiable husband and two kids, discussing plans to move back home to help her parents as they age — whether they want her to or not.

Rounding out the party are grown son Ryo (Hiroshi Abe) and his new wife, the widowed Yukari (Yui Natsukawa) and her young son. A painting restorer, Ryo is awkwardly “between jobs,” a situation he and Yukari conceal from his parents. There are other secrets, woven into the beautifully measured fabric of Kore-Eda’s film. (The director is also responsible for “After Life,” “Maborosi” and “Nobody Knows,” all recommended.)

The day passes with deceptive calm as the family members gather to cook and eat tempura and sushi, while remembering (and mis-remembering) old stories about Junpei. Details of the various relationships are teased out with the fragmentary naturalism you’d expect if you yourself were a guest at the house. The movie is about the sometimes difficult attempt to let ingrained, parent-childhood dynamics make way for recognition of both the older and younger generations as unique, flawed individuals.

Early on in “Still Walking,” it seems the movie might be aiming for a kind of polite, genteel kitsch. (And there is an unwelcome streak of sentimentality in the New Age lilt of the musical score, and a couple of shots of children playing with flowers could have been sampled from a tissue commercial.) These fears go unrealized, luckily.

The film both honors and subverts dramatic expectations, building toward melodramatic clashes that never quite materialize. All the characters are seen with hints at their complexity and contradictions. (In particular, the sweet-seeming old mother is packing a couple of prickly surprises.)

One downside is that actor Abe, tall and handsome, is as emotionally dull as he is physically striking, giving the movie a void at its center. But that’s not enough to critically wound the wise, lived-in pleasures of “Still Walking.”