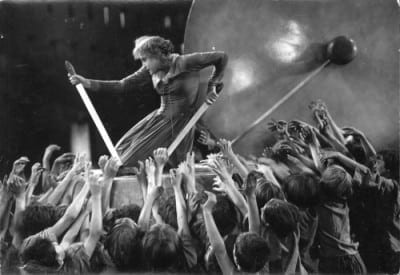 Like the Tower of Babel, which serves as a central metaphor, “Metropolis,” from 1927, stands above other silent films like some otherworldly pinnacle, half-remembered but never fully understood in our cultural subconscious. That’s probably because it’s a wild, wacky movie that purports to look into the future, but is deeply grounded in ancient imagery from folklore and the Bible. And, until now, it could be seen only in brutally truncated form. Not any more. 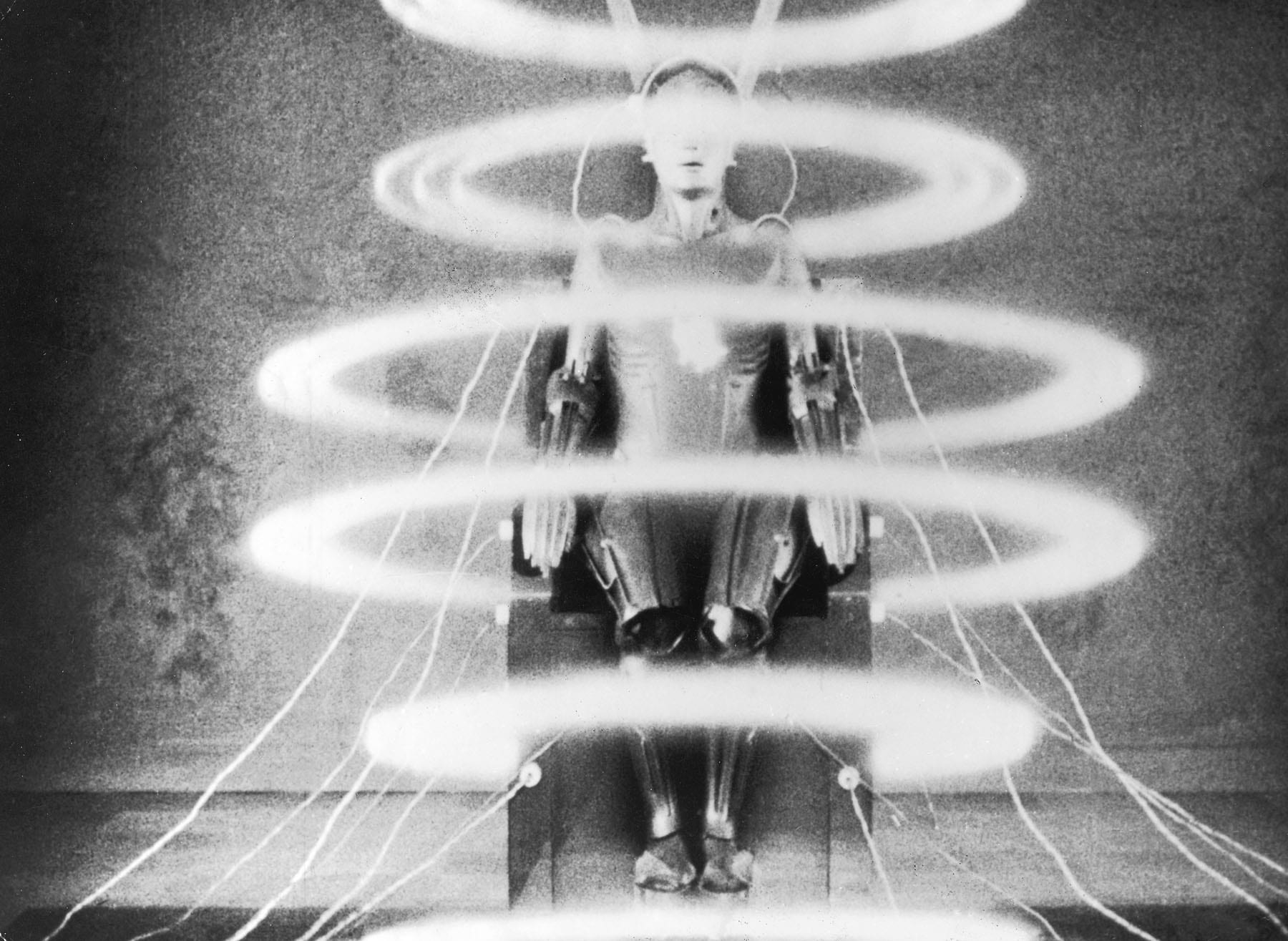 Originally running 153 minutes, Fritz Lang’s silent classic was chopped down to a barely coherent 90 minutes shortly after its initial release. (In a way, the jerky shifts and narrative lapses of the edited version gave it a strange archaic charm.) In 2008, however, a nearly complete, if scratchy, version of the film was discovered in Argentina. Thus “The Complete Metropolis,” as distributor Kino calls it, is, well, not complete. But at 147 minutes — restoring 25 “lost” minutes — it’s close. And well worth a look.

You know “Metropolis” even if you don’t think you’ve seen it. Its dizzying cityscapes have been repurposed in advertising and other movies, and gave inspiration for everything from “The Jetsons” to “Blade Runner.” Lang’s film gives us a luxe overworld of the wealthy, whose pleasures are paid for by ceaseless manual labor, in “machine halls,” by poor workers who live unseen in a separate city far underground. 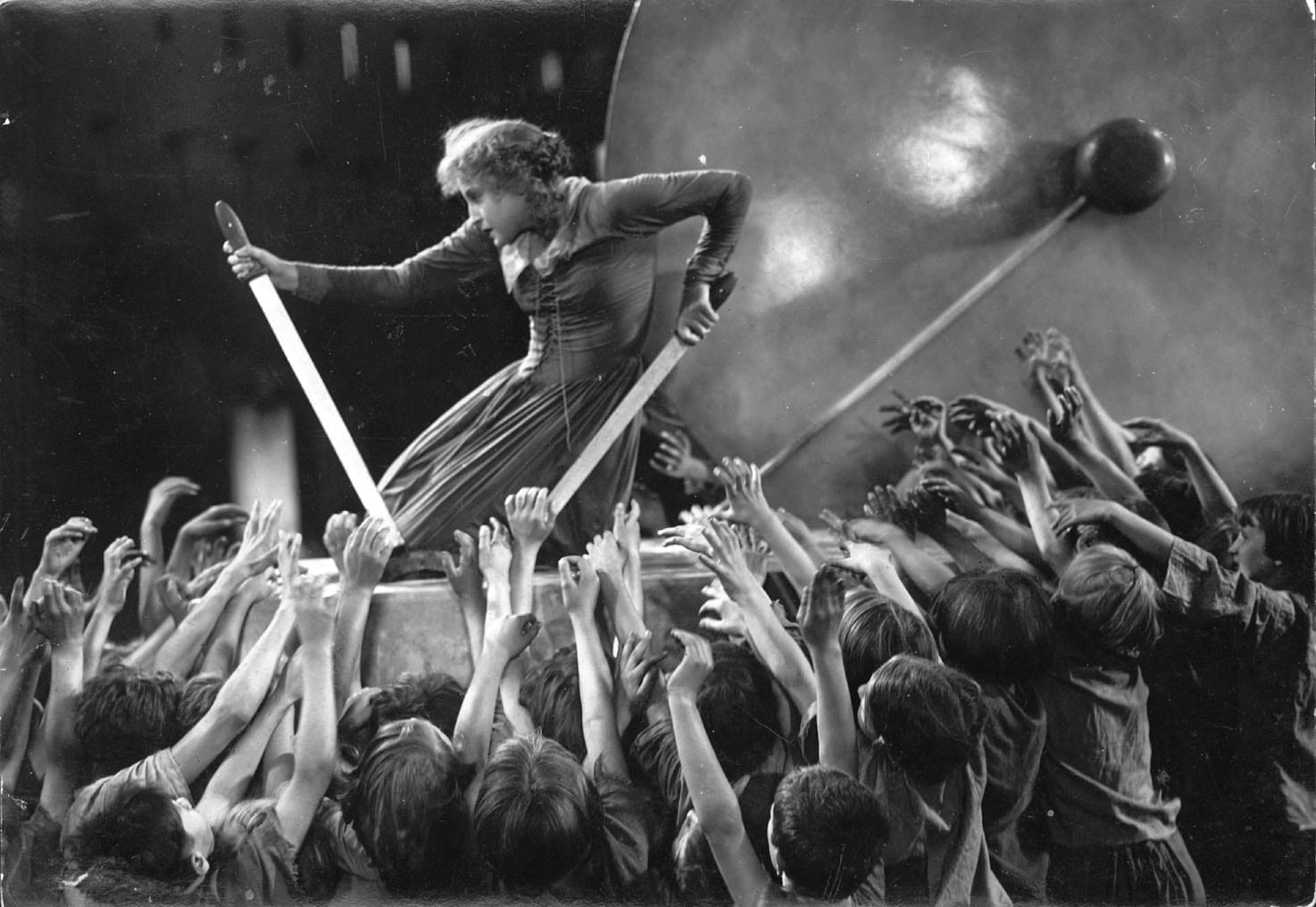 The divide between the rich and the poor (sound familiar and timely?) is so extreme that young Freder (Gustav Fröhlich, clad, alas, in jodhpurs) doesn’t even realize this subclass exists until the blue-collar saint Maria (Brigitte Helm) intrudes upon his country club with a flock of photogenic urchins. Following them into the depths, Freder is dumbfounded by the misery of the poor and vows to become the mediator between the workers and the swells — best personified by his own father, Joh Fredersen (Alfred Abel), master of Metropolis. 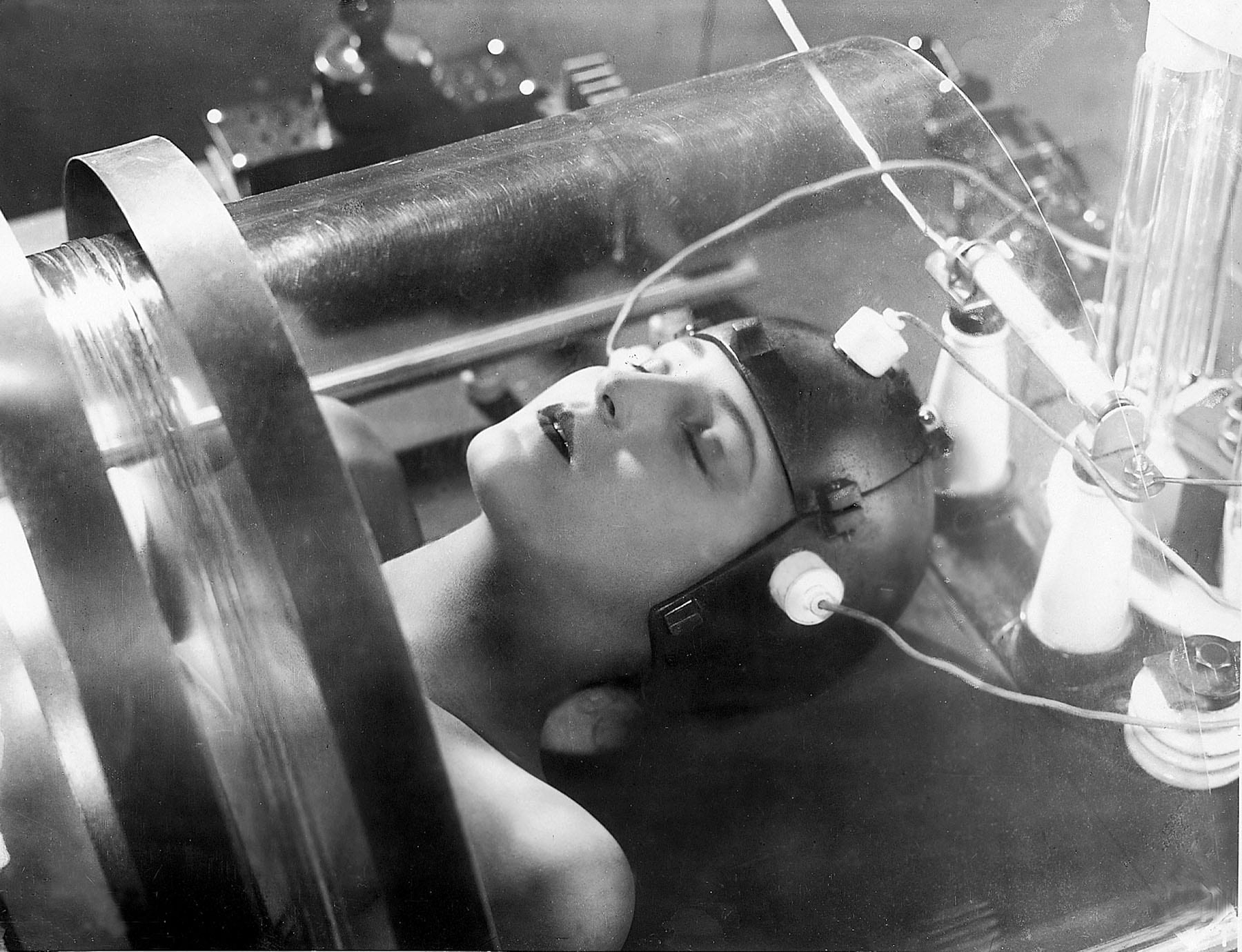 The plot isn’t exactly complex, but it’s a fine structure for some fantastic cinematic madness. Maria at one point is abducted and replaced by a wicked robot that bears her likeness — also played by Helm, with too much mascara, a lazy eye and a lewd smirk. (Her near-nude dance as the Whore of Babylon is one of the great explosions of kitsch in early film.) Rallying her fellow workers to rise against the Man (and thereby give Fredersen just cause for lethal retaliation), Maria-bot is a one-woman Tea Party, wreaking chaos on a massive scale.

It has been said that Hitler was a big fan of “Metropolis.” It’s easy to see why. Shot over two years on massive soundstages in Berlin, using tens of thousands of extras, the movie’s monumental design prefigured his torchlit Nuremberg rallies and the grand fascist imagery captured in Leni Riefenstahl’s films. The movie’s theme of cultural and political manipulation through appealing to citizens’ emotions is also something a mind like Hitler’s could appreciate — and emulate. 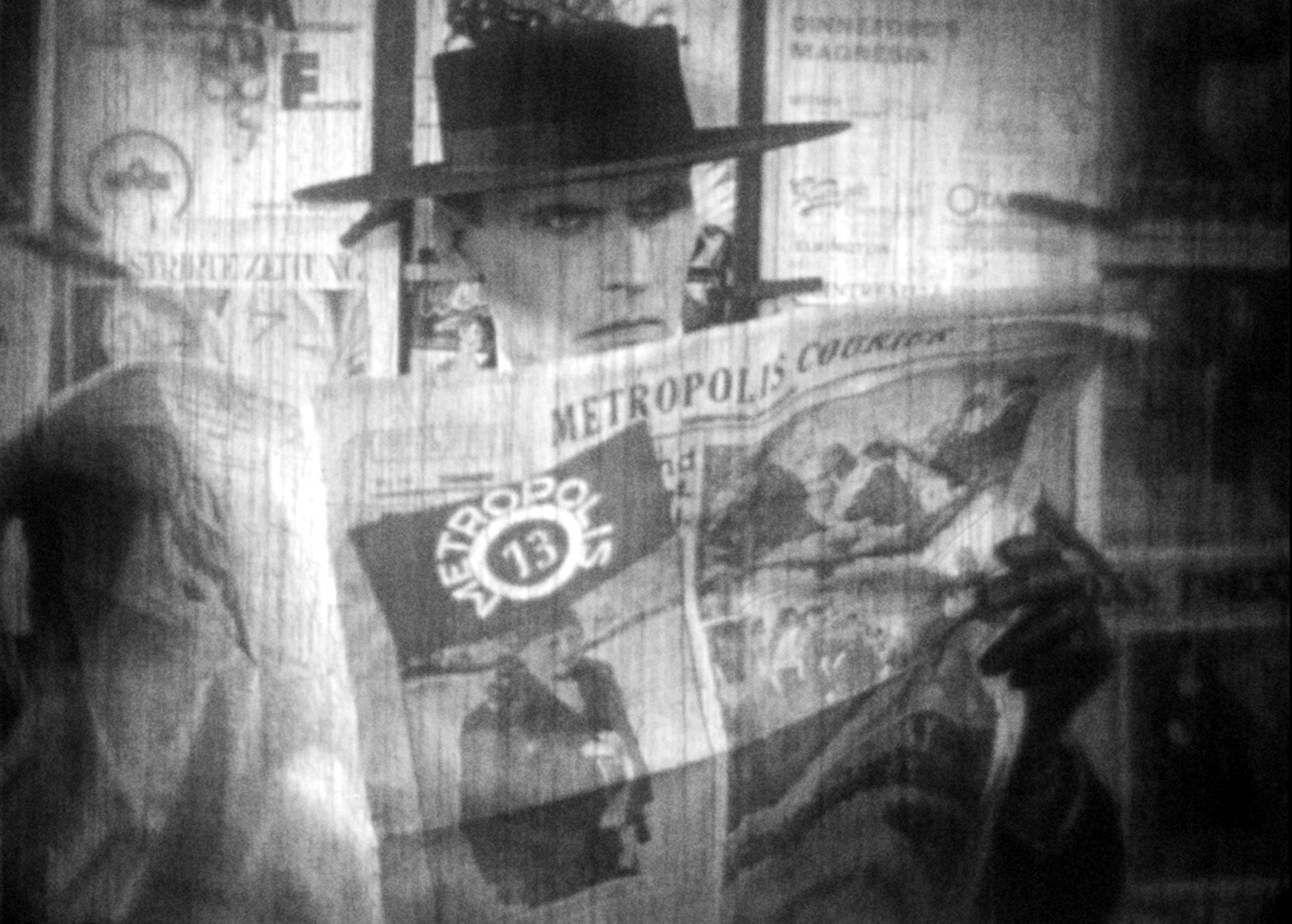 Fritz Rasp as the spy "Slim," from newly recovered footage. (The future never looked so vintage: look at the size of that newspaper!)

But “Metropolis” can’t be blamed for any of that. It’s a certifiably crazy movie, but also inarguably brilliant. The restored footage reinstates a subplot involving the Thin Man (Fritz Rasp), sent by Fredersen to spy on his son. Also new is a harrowing sequence of Maria and Freder trying to lead hundreds of children up a staircase, and a backstory about Freder’s dead mother, who was beloved by both his father and the evil robot-maker Rotwang (Rudolf Klein-Rogge).

With “Metropolis” probably as close to complete as it will ever be, let’s all cross our fingers in hopes that some obscure film archive in Argentina or elsewhere will uncover, say, a complete print of “Greed” or “The Magnificent Ambersons.” 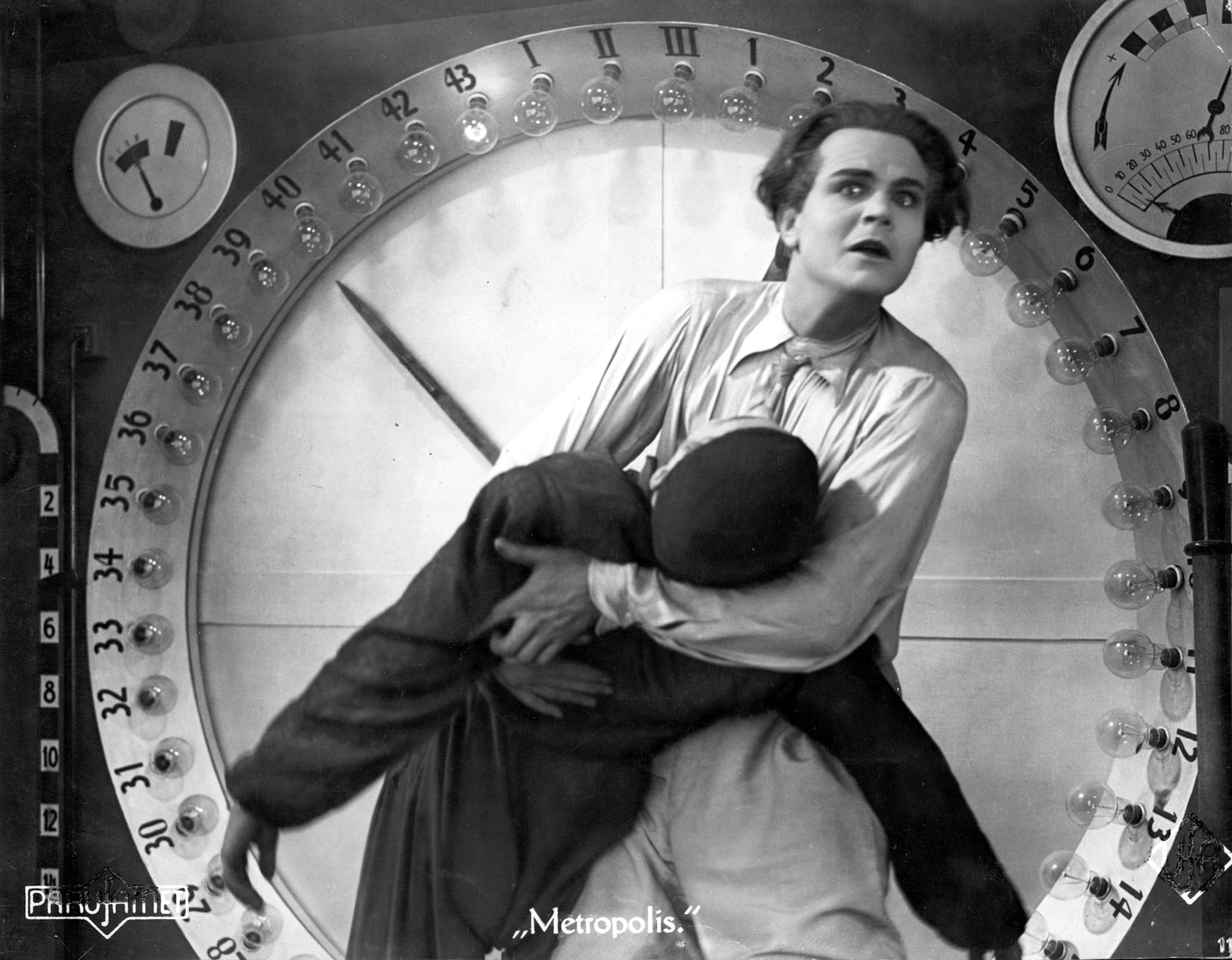