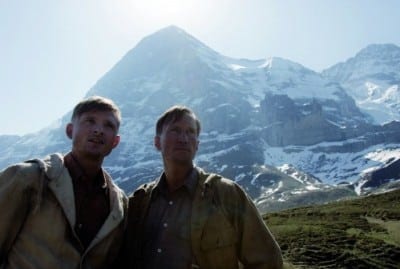 It is July of 1936, a month before the Berlin Olympic Games. Leaders of the Third Reich are looking for German or Austrian athletes to find Alpine victory scaling the Eiger’s sheer rock face, which no man by that point had achieved. Based on fact but highly fictionalized, “North Face” tells of Bavarian best friends Toni Kurz (Benno Fürmann) and Andi Hinterstoisser (Florian Lukas), who take their love of mountain climbing into the international spotlight when they attempt to conquer the Eiger. 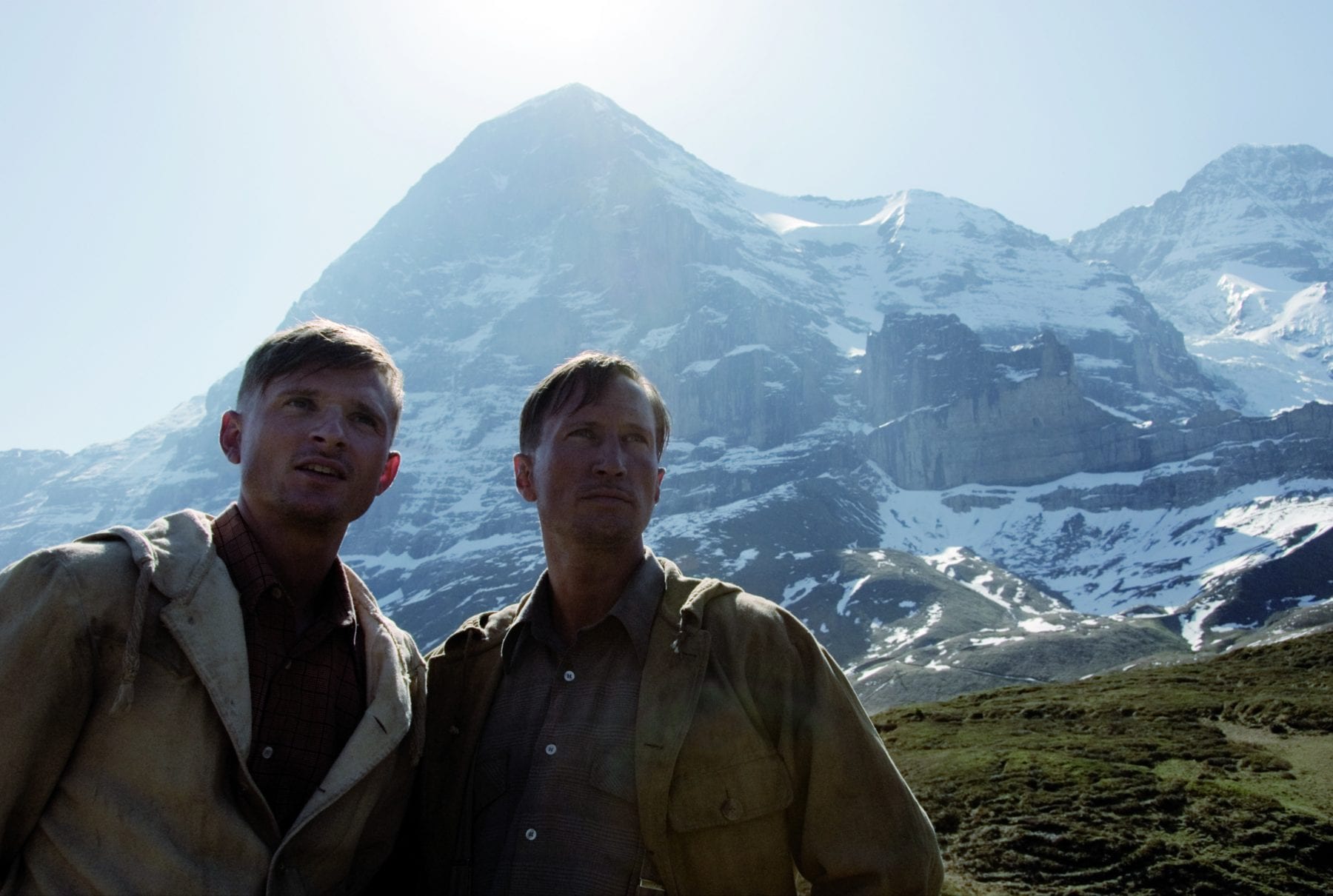 They’re also nonpartisan fellas at a time when no one could be apolitical, ignoring soldiers’ “Heil Hitlers!” and engaging with the mountain simply for personal satisfaction. And maybe, yes, to impress a girl. But the movie is a lot like the expedition it dramatizes: it has moments that take your breath away, and in the end it sort of leaves you stranded. 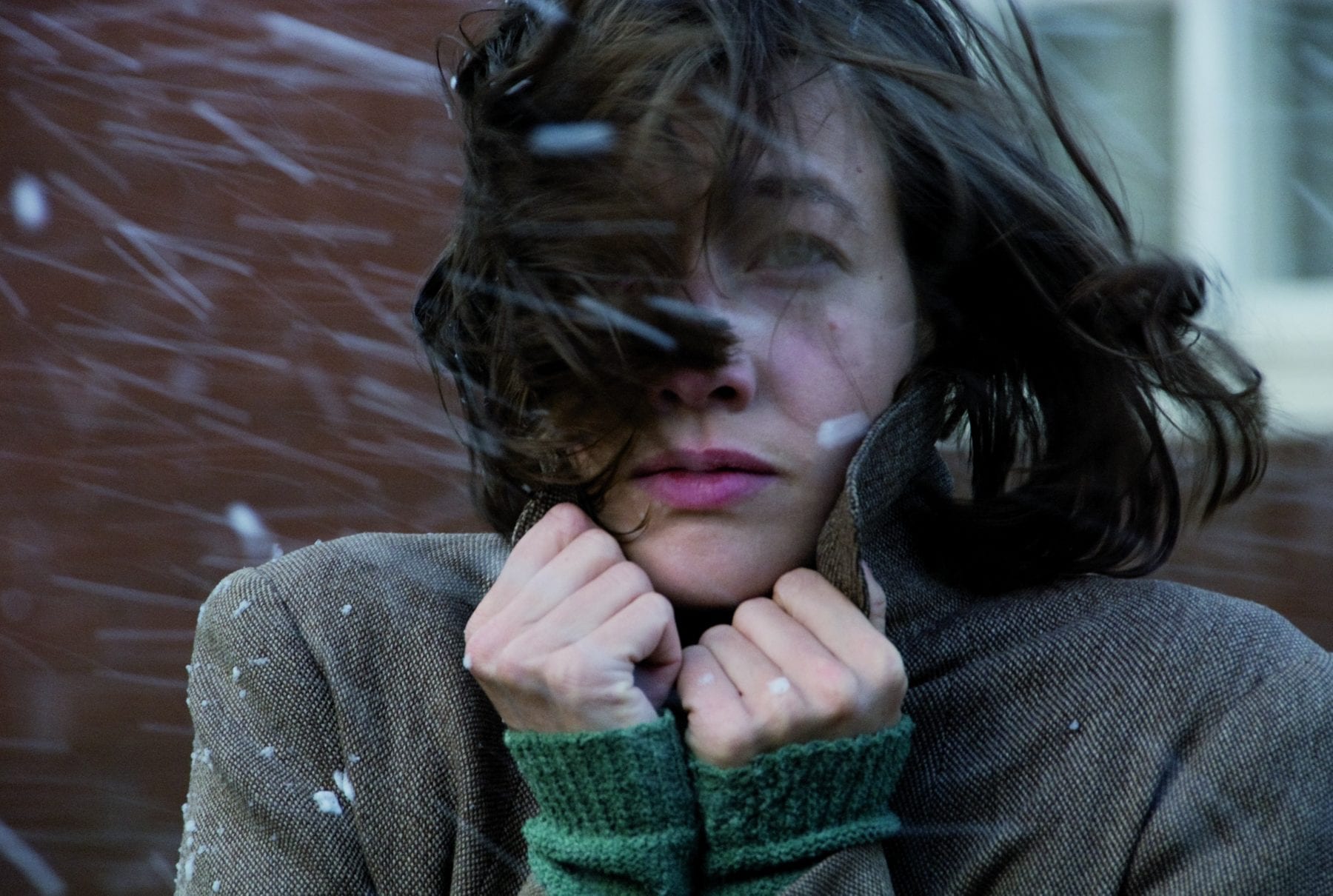 The girl is Luise Fellner (Johanna Wokalek), a complete fabrication designed to give the movie a romantic subplot and widen the story’s political context. A fledgling photojournalist at a big Berlin newspaper, she grew up in the countryside with Andi and Toni — and was more than a friend to one of them. She’s tapped to accompany big-city editor Arau (Ulrich Tukur) to a luxe hotel at the foot of the Eiger, where fellow journalists and moneyed tourists are gathering to see who will make it up the mountaintop.

Also aiming for the summit are the Austrian duo Angerer (Simon Schwarz) and Rainer (Georg Friedrich), at first rivals of Toni and Andi, then — due to accident and necessity — teammates. As the four men struggle up the rock face, well-fed tourists watch through telescopes on the hotel balconies. (Director Philipp Stölzl trowels on the discrepancies between the hotel’s firelit comfort and the stone-and-ice savagery of the mountainside; we get it, already.) 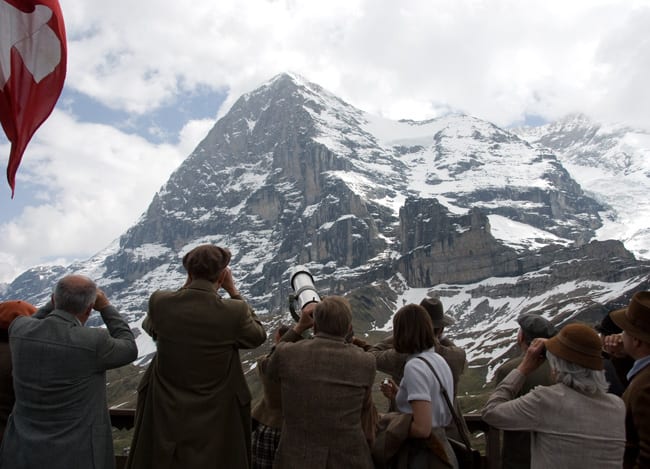 The hotel scenes sketch the thematic tension between real heroism and public relations, and allow for glaring hints of what’s in store for Germany a few years ahead. Arau smoothly questions the Aryan pedigree of a fellow guest named Landauer (Erwin Steinhauer), who in turn expresses the wish that Germany would reserve its urge to conquer strictly for things like mountain climbing. It’s all very pre-War 101. The movie feels awkwardly suspended between a realistic, docudrama approach to the athletes’ story and a more pointed, freely fictionalized tale to paint a portrait of society before WWII. 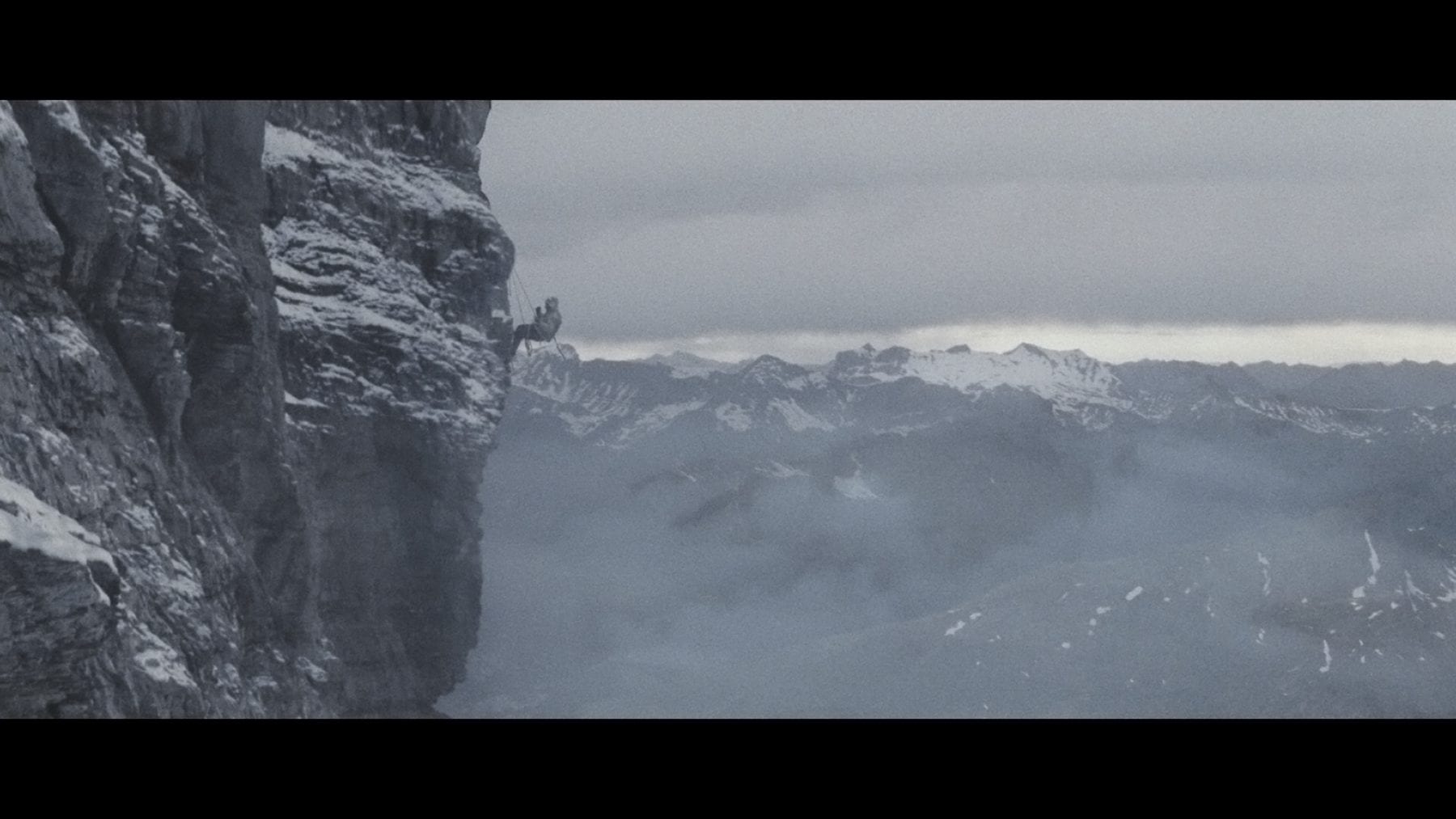 Where “North Face” succeeds is at capturing the mile-high perils of mountaineering. Fair warning: the movie can be extremely unnerving for haters of heights. Stars Fürmann and Lukas are convincing as fellows who could endure the vertical rigors of a climb, though they don’t have much to play in the way of character. Nearly unrecognizable as the blond bombshell bomber from “The Baader Meinhof Complex” — which we reviewed here — Wokalek is strong as Luise. But Tukur, recently seen in “Seraphine” and “The White Ribbon,” is the liveliest actor onscreen. His performance as a restless, vital and untrustworthy opportunist is meant to embody the rotten spirit of Berliners on the edge of cataclysm. He also happens to be the most interesting character in the movie.