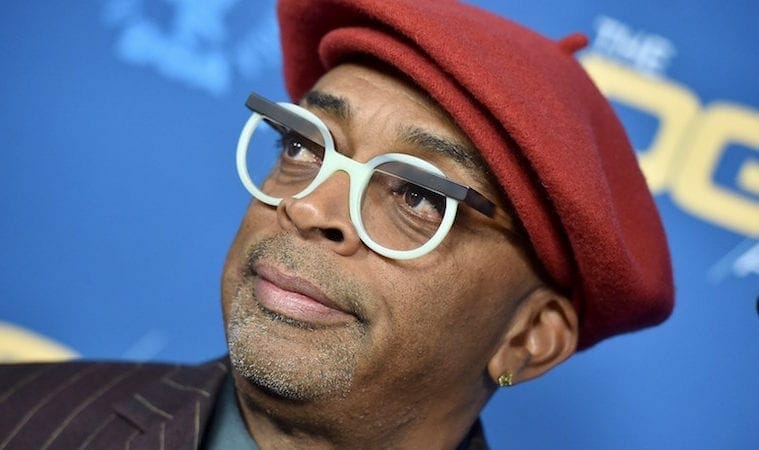 The Atlanta Film Society, the Atlanta Film Festival’s parent organization, has honored filmmaker Spike Lee with its Originator Award. Lee is the second-ever recipient of the award, which was created in 2018 to recognize visionaries who are often imitated, never duplicated and always set industry standards. The first Originator Award winner was Joe Berlinger, creator of the true-crime films.

The Atlanta-born, New York-based Lee is a 1979 Morehouse College graduate and an Atlanta Film Festival alumnus. The fest presented his short film Last Hustle in Brooklyn 40 years ago, and it won a $25 jury prize. Lee shot the film while at Morehouse with the encouragement of mentor Herb Eichelberger, a cofounder of the Atlanta Film Society (then called IMAGE Video & Film Center). The festival has screened other Lee shorts, including Joe’s Bed-Stuy Barbershop: We Cut Heads, which won a 1983 Student Academy Award. The fest honored Lee in 2005 with an  IMAGE Ossie Davis Award, which recognized his contributions to Georgia cinema. In 2009, it held a 20th-anniversary screening of his award-winning Do the Right Thing.

His latest film, BlacKkKlansman (2018), tells the story of an African American detective’s success in infiltrating the KKK in the 1970s. The film earned six Academy Award nominations and earned Lee his first Oscar — for adapted screenplay.

To receive his Originator award, Lee wore a Morehouse College hoodie and baseball cap and his trademark round glasses (in red).

Actor, director, producer, writer and humanitarian Bill Duke visits the Carter Presidential Library & Museum on Saturday, October 19, to discuss and sign copies of his memoir, Bill Duke: My 40-Year Career On Screen and Behind the Camera. The 2 p.m. event will be moderated by Kathleen Bertrand, executive producer of the BronzeLens Film Festival. It’s  free and open to all.

His directorial credits include the crime dramas A Rage in Harlem (1991) and Hoodlum (1997), along with Sister Act 2: Back in the Habit with Whoopi Goldberg and The Cemetery Club (both in 1993). Duke teamed with screenwriter Bayard Johnson to coproduce Cover, a 2007 film that explores the HIV epidemic.

Save the date: Buried Alive resurfacing

Buried Alive, Atlanta’s horror film festival, returns November 13–17 and will be based at 7 Stages Theatre in Little Five Points. It promises some of the goriest, weirdest, most fun, most bizarre, darkest and wildest indie horror and genre films. Expect features, shorts, slashers and ghost stories, zombies, suspense and documentaries and the awarding of Creeper prizes.