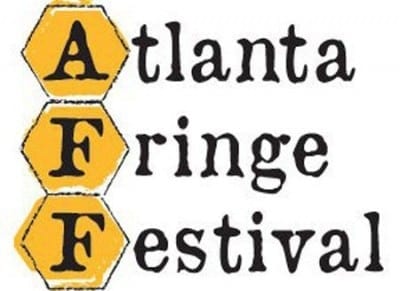 The very first “fringe festival” was held in Edinburgh, Scotland, in 1947, and considering the random format — put a bunch of unrelated performance proposals into a hat, pick out a few and then put on a show — you’d think it would also have been the very last.

But the Edinburgh festival has grown into an annual event with a huge international draw, and such festivals are now popular across the world. In May, Atlanta will get its first look at the eclectic anarchy of a fringe festival.

Executive Director Diana Brown says the Atlanta Fringe Festival is long overdue. “Atlanta’s an international town,” she says. “A lot of people we’ve been talking with are like, ‘It’s about time you had a fringe!’ ”

The festival was conceived by Twinhead Theatre, an Atlanta nonprofit group. “Twinhead Theatre has wanted to bring a fringe festival to Atlanta ever since we took a show to the Minneapolis Fringe in 2006,” says Brown, a founding member of the group.

“Festivals like this do great things for a city’s arts scene and reputation,” says Molly Shepherd, who leads fund-raising efforts for the event.

Organizers began to plan for the festival in 2010, and a call for submissions went out last fall. In December, a lottery was used to select 25 performance proposals that include drama, dance, solo acts, comedy, cabaret and physical theater. “The shows people do for fringe festivals tend to be more risky and edgy,” says Brown. “It’s for audiences who want to see a new fresh voice in the theater.”

Several of the acts are from the Atlanta area, but most are from elsewhere in the United States. Canada also will be represented, as will Italy. “Our reach was much farther than we thought it would be,” Brown says. “People who had already performed at fringes in other places heard about us.”

As with other such festivals, application and registration fees tend to keep the applicants sincere about presenting legitimate work. Typically, artists recoup their fees and turn a profit by taking home a majority of box-office revenue. Atlanta’s version is planned the week before Orlando’s fringe festival — the oldest in the country — so that artists who travel the fringe circuit can easily fit Atlanta into their plans. Other notable cities with such festivals include New York, Washington, Chicago and New Orleans.

Venues for the Atlanta event are mostly in the Decatur area and include Beacon Dance, CORE Dance, Horizons School, the Mask Center and WonderRoot. An area for free public performances is tentatively planned in Decatur Square. Tickets for each performance will cost $10, and a one-time purchase of a $3 Fringe button will also be required. Buttons and tickets will go on sale in March for the festival May 9-13.

What’s most exciting about a fringe event, Brown says, is the level of exchange between artists and also between artists and their audiences. “You go to see a show and you get the opportunity to go out with the artist afterwards and talk about what they did. We want to show Atlanta that there’s really something for everyone on the fringe.”

The lineup for the inaugural Atlanta Fringe Festival: