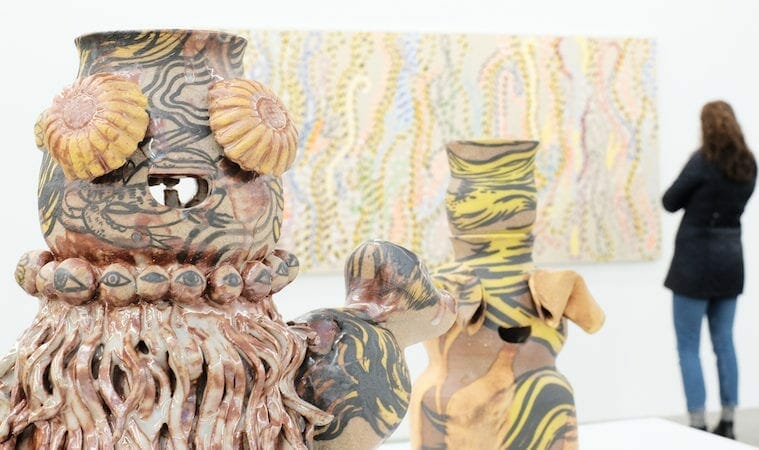 Atlanta Contemporary mounts its next Atlanta Biennial exhibition -- a look at artmaking in 10 Southern states -- in May 2021. This is from the 2019 Biennial, which was titled "a thousand tomorrows." (Photo by Olga Sidilkovskaya)

Atlanta Contemporary announced its 2020–21 exhibition season this morning, one that’s characterized by a bold new vision that will play out over the next two years. The Contemporary, which began life as the grassroots artists’ cooperative Nexus, celebrates its 50th anniversary in 2023.

For its next exhibition season, the Contemporary has “invited a range of diverse, established and emerging curators to mount high-profile exhibits in the main galleries, project spaces and newly identified settings,” executive director Veronica Kessenich says in a letter on the art center’s website. “The range in [their] experience as well as their progressive exhibitions reflects the mosaic of attendees, members and patrons of Atlanta Contemporary.”

The 2020–21 season begins May 7 with solo exhibitions by New York artist Baseera Khan and the much-traveled Jane County, and ends 12 months later with the Atlanta Biennial, curated by Jordan Amirkhani, an art history lecturer at American University in Washington, D.C.

Here’s a closer look at what’s ahead.

MAY 7–AUGUST 9. Decade is Baseera Khan’s first show in the Southeast. Both Khan’s thought process and work made in the past decade will be on display. The show connects notions of empire, historical lineage and what it means to be a femme Muslim in America today. Khan uses installation, collage, performance and sound to create a lexicon that deals with everyday forms of patriarchy and racism. 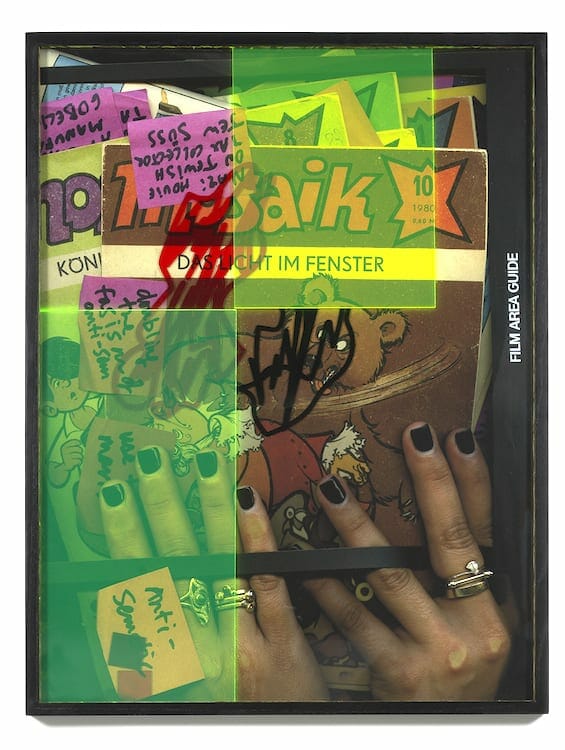 “I combine distinct and often mutually exclusive cultural references to explore the conditions of alienation, displacement, assimilation and fluidity that produce a collaged identity,” Khan says. “Bodies are constantly subject to volatile social environments, especially within capitalist-driven societies such as the United States.”

Writer, curator and art historian Katie Geha put together the exhibit. She teaches modern and contemporary art history at the University of Georgia, where she’s director of the Dodd Galleries.

ALSO MAY 7–AUGUST 9. Jane County‘s five-decade career largely features work that protests societal norms. She has lived and worked in Berlin, London, Georgia and New York, where, in 1969, she took part in the Stonewall Riots that began the gay liberation movement and the modern fight for LGBT rights.

“Bastet is an important figure to me both historically and spiritually,” County says. “The Cat Goddess of Ancient Egypt has always been fascinating to me, ever since I was a small child. I am a cat freak and have had many cats throughout my life. Bastet is the epitome of cat worship and concentration. She protects me and my cats from harm and hostility from ignorant humans, so it is my privilege to present Bastet. She comes in dreams and has sexual inclinations, as she once did in Ancient Egypt, thus, the Goddess of Wet Dreams.”

Michael Fox, who curates, is a sergeant with the New York City Police Department.. He has known and worked with County for more than 20 years. His first exhibition project with her was Jayne County: Paranoia Paradise, and his photographs of her have been published in BUTT Magazine.

The Atlanta Contemporary’s project spaces — Chute Space, Contemporary On-Site and Sliver Space (plus a fourth to be revealed in February 2021) — rotate once during headline exhibitions. All project spaces are curated by Jamie Steele, gallery director of Camayuhs, an artist-run gallery that highlights emerging and mid-career artists.

AUGUST 22–NOVEMBER 8. Artists in the realm of feminist data visualization include artist/inventor Annina Rüst, cartographer Margaret Pearce, and artist Mimi Onuoha, who explore such topics as gender inequality, reclamation of indigenous lands and bias through the creative presentation of data.

The works here will showcase feminist approaches to data visualization, bringing together ethics and aesthetics to challenge the unequal distribution of power and privilege in today’s world. “The most vibrant innovations in data visualization today are not being developed at Facebook or Google, as one might expect,” the Atlanta Contemporary says, “but rather led by women, people of color, indigenous groups and communities.”

Catherine D’Ignazio, Lauren F. Klein and Nzinga Simmons will curate, with Ohuoha as a curatorial consultant. D’Ignazio is director of the Data + Feminism Lab at MIT; Klein teaches in the English and Quantitative Theory and Methods departments at Emory University, where she directs the Digital Humanities Lab; and Simmons is an Atlanta-based art history scholar, writer, curator and a Tina Dunkley Curatorial Fellow in American Art at Clark Atlanta University Art Museum.

NOVEMBER 19, 2020–FEBRUARY 7, 2021. This exhibition doesn’t yet have its title or artists, but it will connect to the past and future of the Atlanta Contemporary’s Studio Artist Program. It will ask: Who participated in the program — from its early beginnings to today? And where are they now? Its curators are Kristen V. Cahill, an Atlanta-based art adviser who’s spent more than two decades in fashion, design and art; and Daricia Mia DeMarr, an independent Atlanta-based curator and arts administrator.

FEBRUARY 18–MAY 30, 2021. Expect to see an array of work from emerging, mid-career and established artists in the third iteration of the Atlanta Biennial, an exhibition that re-emerged in 2016 after a hiatus of more than 10 years. American University’s Jordan Amirkhani curates. She received her doctorate in the art history and art philosophy from the University of Kent in the U.K. (2015) and has published on the Franco-Cuban painter/polemicist Francis Picabia, the British conceptual art collective Art & Language and the photographic work of Crow artist Wendy Red Star. (Read about the 2019 Atlanta Biennial here.) 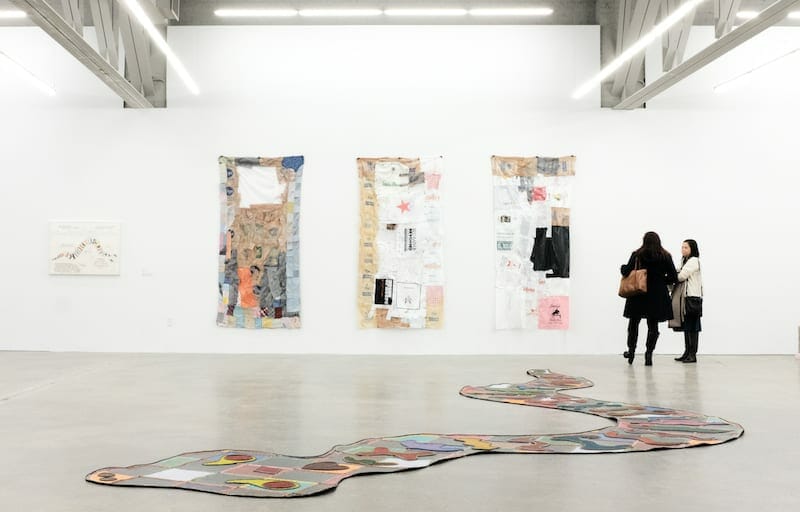 Another view of “a thousand tomorrows,” the Contemporary’s 2019 Atlanta Biennial. (Photo by Olga Sidilkovskaya)

Amirkhani writes art criticism for such contemporary publications as Artforum, Art Practical, Baltimore Arts and Burnaway.org. Her emphasis on contextualizing contemporary art and artists working in the American Southeast earned her a Creative Capital/Andy Warhol Foundation “Short-Form” Writing Grant in 2017 and three nominations for the Rabkin Prize in Arts Journalism (2017, 2018 and 2019).

All project spaces during the Biennial will be curated by TK Smith, an ArtsATL contributor and Tina Dunkley curatorial fellow in American Art at Clark Atlanta University Art Museum.