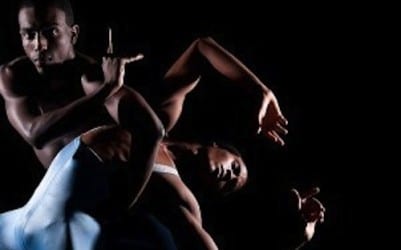 “Off the EDGE,” a new series of community-based arts initiatives, has chosen several new and locally created works for its free performance series called “Edge/PUBLIC,” to take place in January. The selected Atlanta-based dance, movement and performance artists will premiere their work on two nights, January 28 and 29, in downtown Atlanta’s Woodruff Park in a free event, part of a weeklong “Off the EDGE” performance and workshop series that will run January 23-29.

LIFT is among the local artists chosen for the "Off the Edge" performance series in January. (Photo by Lynne Cymone)

The Atlanta artists and works chosen for the series are Savannah College of Art and Design artist Bernard L. Jackson’s group performance work “Water Wall Tango”; Casey Lynch, who will build a time-based sculpture; a new creation by Full Radius Dance on the theme of surviving survival; Haverty Object Group and “Ritual Objects” for a storefront installation; Georgia Tech School of Architecture Professor Judy Gordon Buck, who’ll create a scale-bending structure; LIFT, which will contribute a multidisciplinary creation; a new work by Out of Hand Theater; a piece by Staibdance; and a new creation by John Welker of Atlanta Ballet. “The artists selected will be presenting timely and transformative works,” said “Edge/PUBLIC” curator Paul Boshears in making the announcement.

In addition to the local artists, “Off the EDGE” will bring several nationally and internationally noted contemporary dance groups — including Lar Lubovitch, Kiegwin and Company and Andrea Miller’s Gallim Dance — to town for performance, dialogue and artistic exchange. Backed largely by the Charles Loridans Foundation, “Off the EDGE” will be presented in partnership with the Rialto Center for the Arts, Kennesaw State University and gloATL.

The nine local works in the “Edge/PUBLIC” component of “Off the EDGE” will begin “in canon” in and around Woodruff Park, said “Off the EDGE” curator Lauri Stallings, and will run in tandem for about an hour and a half before guest artists perform at the Rialto. The “curatorial thread” of the performance series is the idea that “the moving of things permits the formation of identities,” said Stallings, best known for her cutting-edge work with gloATL.

Full Radius Dance will create a new survival-themed work for its "Off the EDGE" performance.

During the past 20 years, comparable dance and movement-based arts festivals have sprung up in Houston, Seattle, Chicago and other cities. Though each is unique to its city, most share similar aims: to connect local artists and audiences with contemporary dance artists who are working on the international scene, to foster cross-disciplinary collaboration, and to expose their somewhat isolated arts communities to these artists’ edgy ways and means. “Off the EDGE” is distinguished by its ties to artists linked to Stallings’ alma mater, Hubbard Street Dance Chicago, and to contemporary Israeli dance influences associated with her mentor, choreographer Ohad Naharin.

These out-of-town artists will give local audiences context for Stallings’ work with gloATL, a collaborative performance platform that has caused many of Atlanta’s creative people to rethink the possibilities for temporary art in public spaces. With the scale, polish and accessibility of public spectacles, Stallings’ works — grounded in an evolving, visceral movement style that’s classically based, internally sourced and driven by today’s unpredictable rhythms — have an emotional sting. They point out human vulnerability in urban landscapes by putting dancers into risky situations — say, in front of Little Five Points loiterers or in the middle of a busy intersection. Other Atlanta-based dancemakers have preceded Stallings’ site-specific works, but none have attracted the crowds or attention she has gained.

Stallings’ initial blueprint for “Off the EDGE” suggested that it would be organized around the image of a human body as metaphor for the geographical city. Bringing these local groups together aims to draw the city’s creative energies from diffuse locations, or extremities, toward the heart of the city: Five Points, adjacent to Woodruff Park. There, the artists will aim to activate and energize the public imagination and, in theory, entice the public to follow, in Pied Piper fashion, through the streets and into the Rialto for what one hopes will be a transformative experience with cutting-edge contemporary dance. Whether these performances can galvanize an audience — as gloATL has often done — is yet to be seen. Stay tuned.