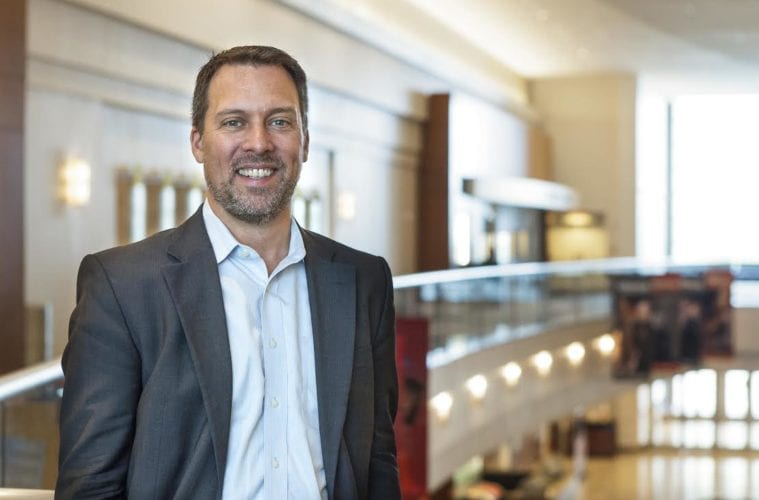 Shipman is one of three candidates thus far who have announced their intentions to seek the vacant city council president seat.

Doug Shipman, who unexpectedly resigned as president and CEO of the Woodruff Arts Center last year, will enter the political arena and run for president of the Atlanta City Council.

When he announced his resignation in July, Shipman said he was uncertain of his future but wanted to lean into issues of social justice and community involvement.

He filed papers this week to raise money for his candidacy, and announced his intentions on social media Friday morning. “Over my 30 years in Atlanta, I’ve been fortunate to help build on our incredible legacy of civil rights, business and community,” Shipman said. “I also know that only when we ALL come together can we fulfill our potential. We have deep and structural challenges to tackle to make our city a place where every single person thrives, every neighborhood is safe and healthy, and our communities are well served.”

The current city council president, Felicia A. Moore, has announced she will challenge incumbent Mayor Keisha Lance Bottoms. Moore, who has served on the city council for nearly 25 years, was elected its president in 2017.

In addition to Shipman, former Atlanta Board of Education Chair Courtney English has announced his candidacy, as has District 5 City Councilwoman Natalyn Archibong, a lawyer first elected to the council in 2001.

Shipman is a graduate of Emory University and the founding CEO of the National Center for Civil and Human Rights. He became the leader of the Woodruff Arts Center in 2017, and oversaw a makeover of the High Museum of Art and a new performance space for the Alliance Theatre. He also expanded the Woodruff’s support of Atlanta’s arts ecosystem.

At the time of his resignation in August, Shipman said he wanted to be more involved in the city’s overall future. “I want to be working daily and directly on the issues of social justice and community impact,” he said. “I love Atlanta and I’m excited to find ways to make it a more perfect place, especially for those left behind for far too long.”