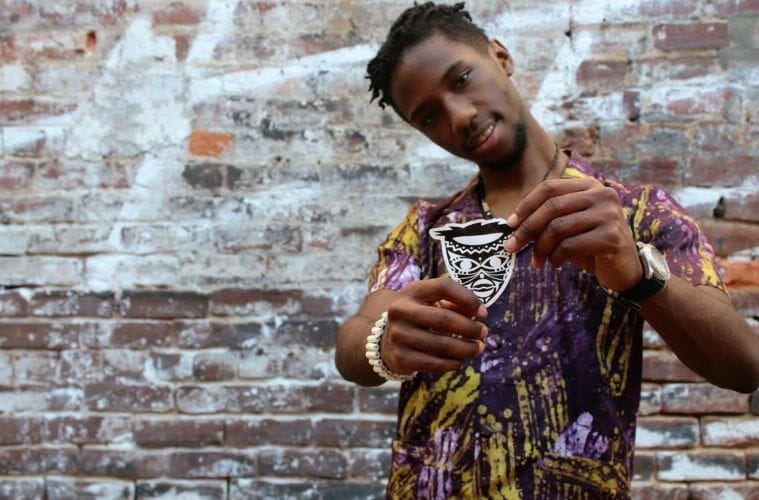 Like our clocks on Sunday, rising rap star Bockarie Amara, aka BOREGARD., springs forward this month with “Bo Madness,” a tournament modeled after the celebrated NCAA bracket fest, which pits new music by the artist against music . . . also by the artist. Every day this month, in a feat of lyrical stamina, Boregard has released portions of unreleased songs, inviting fans to vote on which one should win. As he detailed in this post about “THE RULES”: “Only the final four will be released in March. You are the executive producer of this project.”

This social-media driven alley-oop is a way to engage directly with his fans and subtly tease out some fresh tracks. And it’s a smart marketing gambit — though what else would you expect from a guy who earned his undergraduate degree in 2017 from Emory University’s Goizueta Business School?

With a knack for poetry and short stories from an early age, BOREGARD. began to seriously pursue rap as a vocation at the end of high school/beginning of college, releasing his first mixtape, Beauregard Blvd, in 2013. His most recent album, Trustfall 2, came out at the end of 2020.

The creative and searingly funny emcee’s most recent single, “Tom Brady,” produced by longtime collaborator Ethan Lamb, is far from an ode to the polarizing QB but instead a chance to flex his patented turns of verse, using his delivery style like a magician’s prestige. Take, for instance, how he jumps from the requisite reference to Deflategate to a moment of wry self-reflection: “And when I’m off, the guys feel kind of deflated; it’s funny when they lose to you and call you overrated; it’s funny that I made this song because I kind of hate him, but at the same time that’s why I feel like Tom Brady.”

And that, folks, is the game.

Vision Video: “Comfort in the Grave”

Crank up the synth, grab a shovel and bask in the neon glow of Giallo cinema with “Comfort in the Grave,” a gruesome gothic homage by Vision Video to late-’70s/early-’80s Italian horror. The imagery falls squarely at the feet of two masters of scare cinema from the Bel Paese. OK, one maestro of creepy weirdness (Dario Argento) and one who gave the world the most precious gift of all, a zombie fighting a shark underwater (Lucio Fulci).

When it comes to the particular combination of ‘80s musical influence ingredients, it’s two cups The Cure, a generous pour of Siouxsie and the Banshees (especially thanks to lead vocalist and keyboardist Emily Fredock), a pinch of Duran Duran and then some zest of Yazoo. “Nom nom.”

The four-person Georgia ensemble is fronted by former U.S. Army captain Dusty Gannon, who did two tours in Afghanistan and is now a metro Atlanta firefighter/paramedic. Those experiences have propelled him to create music that reminds us that “it’s OK to be inherently not OK,” he says. “This is music for people who need to bring their skeletons out of the closet to make friends with them, instead of recoiling in horror at their sight.”

Released in January by Fior “FiFi Writes” Baptiste, there’s something instantly mood-boosting about the aptly titled “Ideal,” which offers escapist glimpses from the before-times — dressing up and going out with a group of friends, checking out (and sometimes rolling eyes at) the handsome strangers across the bar. All while juxtaposed with a setting that’s far more familiar: Sitting on the couch in one’s comfiest duds, texting, watching TV and dreaming about the “ideal” of non-pandemic-times.

Baptiste’s voice envelops the listener like a warm blanket, draped over the song of hope and yearning as she croons, “Handsome, have you seen your smile? You should smile more often. Let me show you how.” Baptiste began writing as a kid and has worked in a variety of mediums and released her first full-length album, Cheap Liquor, last fall.

With her professional life split between ATL and LA, she also aspires to be featured on the soundtrack of acclaimed hit HBO comedy Insecure. For anyone who has watched the series, it truly does sound like a song you’d hear underscoring a sunny, dreamy scene with Issa Rae’s protagonist and her on-again/off-again love interest Lawrence (Jay Ellis). Who knows — with the fifth and final season still on the horizon, this song may still be hot in pursuit of its own ideal.