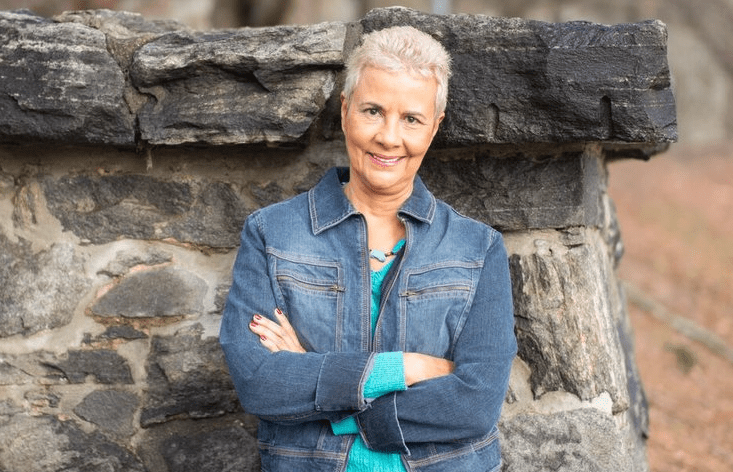 Growing up on the island of Jamaica, Gillian Royes wanted for nothing and everything simultaneously.

The youngest of three daughters of a stay-at-home mother and an Oxford-educated psychiatrist, she had an extremely privileged childhood, but chafed under the unspoken rules of Jamaica’s rigid class system. Forbidden to talk patois and instructed to stay away from the kitchen — because it was considered beneath a girl of her station to speak the lingua franca and cook — she was effectively denied access to two of the most powerful conveyors of a culture: food and language.

Ironically, Jamaican culture is at the core of Royes’s work as a novelist and playwright today.

She is the creator of the Shad series, four detective novels that take place on the North Coast of Jamaica. And her first play, How To Be An Immigrant, opens at the Academy Theatre tonight (through August 19). The play revolves around Sylvia, a family matriarch who migrates from Jamaica to the United States, where she runs a travel agency with her 20-something sons Rashad and Kimari. Though both boys were born in Jamaica, after living in the States for 15 years they’re far more culturally American than Caribbean. This is a problem, from Sylvia’s perspective. Her sons, on the other hand, are torn between trying to fulfill their mother’s American dream while allowing space for dreams of their own to take shape.

How To Be An Immigrant is a cautionary tale about anachronistic thinking. Sylvia’s nostalgia for the good old days clouds her better judgment, from the outmoded business model of her travel agency, to her politics (she supports Donald Trump), to her my-way-or-the-highway approach to parenting. The tighter she clings to the past, the closer she comes to losing everything she claims to value in life: economic independence, self-determination and family. Neither fully Jamaican nor fully American, she struggles to find her balance while keeping one foot planted in two distinctly different places.

As a naturalized American, Royes hopes the play will shed light on aspects of immigration that remain a mystery to those lacking first-hand experience. And her childhood memories of straddling two cultures while seeking the company of the men and women who gardened, cleaned, cooked, kept house and provided sustenance for her family, still informs her writing.

“I was kind of a loner, a mixture of intro and extrovert when I was five, six and seven years old,” she says during an interview at her home in Decatur. “I would take long walks alone, go by the fishermen on Paradise Beach and watch them sewing their nets. They would ignore me as I watched them. Or I would squat near the maids and just listen to them talk. They would have the best food, better than what we were eating as far as I was concerned. And they would give me some of their green banana and rundown [a traditional coconut-based fish recipe] Oh my gosh, I can taste it right now!”

She remembers seeing things differently from her parents — though, as an obedient child, she didn’t dare challenge their status quo. But what she saw when looking at the so-called “underclass” through the uncorrupted eyes of a child was people with the same cares, woes, wants and needs as anybody who just wanted an opportunity to succeed.

“I don’t think most native-born Americans understand why an immigrant would uproot themselves, leave behind everything they knew at home and possibly take 10 steps back in order to start over in America,” she says. “The psychology of the immigrant should be an entire branch of psychology, and there’s a lot of material published on the topic in Britain. But this country is not that interested, so the subject remains untapped here.” She says Sylvia typifies the “driver” immigrant, people who understand the risks involved with striking out in an adopted homeland solo but feel driven to take a chance with or without a safety net. Immigrants like Rashad and Kimari, however, are dragged along by those who are a “driver.” And in the most extreme cases, as with refugees or the exiled, immigrants might have to leave home because they are fleeing persecution or danger.

According to Royes, who earned a doctorate from Emory University, the potential for intra-familial conflict is exacerbated when people raised in collectivist cultures try to instill their values in children being raised in the States — where individualism is rewarded. “I used to teach interpersonal communications on the St. Croix campus of the University of the Virgin Islands, “ Royes says. “After seven years of teaching the material it really hit home that individual effort can lead to success in wealthier counties, whereas relationship-based collectivist approaches work best in developing countries because the struggle really depends on a team.”

Even when survival doesn’t hinge on circling the wagons and teamwork, the desire to maintain cohesion can register very differently across generations. In the case of Sylvia, a desire to keep her sons close, whether on the job or in their personal lives, feels suffocating to her boys.

How to Be an Immigrant conveys the risk, pain, agony and joy of trying to recreate home far from ones birthplace. Royes’s insights are delivered via comedy and drama. And, when asked, she explains why someone like Sylvia might vote for candidate whose campaign rhetoric stoked anti-immigrant sentiments. “I think the authoritarian nature of government and society [that many immigrants fled] makes it easier to tolerate Trump’s ego and flamboyant claims of being the biggest, the greatest and the best. They admire his moxie. Sylvia’s being a small business person makes 45 an ideal candidate. And there’s a real streak of conservatism in Jamaica that would make a candidate like Trump appealing to a voter like her.”

Though Royes avoids debating politics in real life, she looks forward to hearing the audience’s responses to her characters and the play during a pair of post-show talkbacks on August 10 and August 18.

“I don’t mind if half the audience leaves because the ones who typically linger to talk about the play are either interested in writing, or really knowledgeable about theater,” she says. “Just a few good questions help me to think and go deeper. I’m happy when people’s imaginations take them places I’d never anticipated as a writer. In a way, it makes me feel like a child in Jamaica again — knowing there was an adventure out there and wondering what’s going to happen next.”