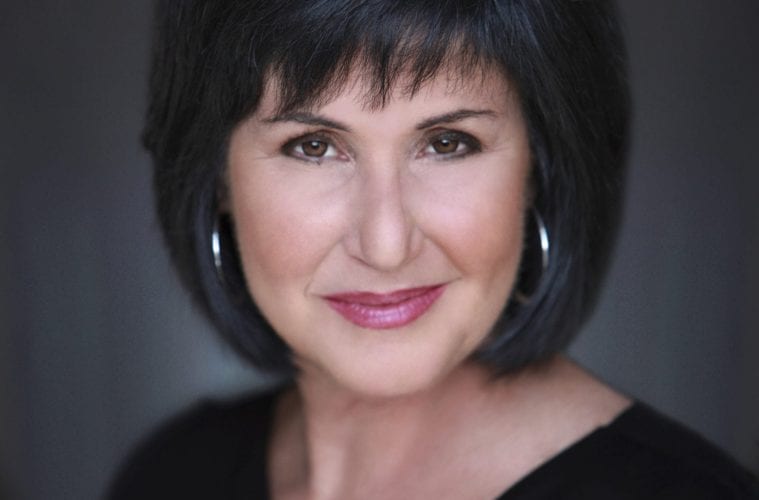 Wax, whose other novels include Ocean Beach, Single in Suburbia and Leave It to Cleavage, this time spins a breezy period-drama beach read about three women who meet during a weekly screening of the hit television series at The Alexander, an Atlanta hotel, arranged by Edward, the British concierge, and find themselves becoming friends, or at least allies. Orphaned Samantha Davis married for money but is now torn between her spoiled siblings and her husband. Brooke Mackenzie has put her husband though medical school only to be dumped, along with their two children. Claire Walker, a writer, suffers from issues she just can’t shake. 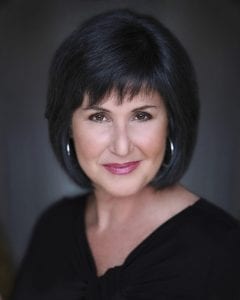 ArtsATL conducted the following interview by email with the author, who will speak at the Decatur Book Festival on Saturday, August 31.

ArtATL: Where did the idea for the novel come from?

Wendy Wax: I somehow missed the first season of “Downton Abbey,” but I kept hearing how great it was from so many people that I treated myself to a mini-marathon one weekend. I was hooked.

My novels often revolve around very different characters who form bonds of friendship that see them through the really tough times. “Downton’s” audience is wonderfully diverse. The more I watched and the more I fell in love with the series, the more I began to see a way for the series itself to bring my characters together.

ArtsATL: What were the challenges in writing a novel catering to both fans of “Downton Abbey” and readers who might be unfamiliar with the series?

Wax: I knew I’d have to be careful not to include any spoilers for those who were just beginning to watch it, and I didn’t want to leave out anyone who hadn’t watched at all. I also knew going in that I wasn’t writing a book about “Downton Abbey” but about characters who were brought together by the series. The novel takes place in the months leading up to the start of Season Three. There are scenes in which we get bits and pieces of episodes, but the focus is really on these characters, their lives and the friendship that grows among them.

ArtsATL: Did you parallel characters in the novel with those in the TV series? Was it easy to map the lives and concerns of that era with the present time?

Wax: While We Were Watching Downton Abbey is a completely contemporary novel set in the present day. I’ve heard from a lot of readers who read it and then wanted to watch the series. I didn’t set out to mirror “Downton Abbey,” but fans will definitely recognize the inspiration behind a number of my characters.

Samantha Davis marries Atlanta “royalty” because, like Lady Mary, she has a financial responsibility to her family and has to take care of her younger siblings after their parents die. Samantha’s younger sister was inspired by Lady Edith and tends to feel slighted and often unsatisfied, while her younger brother has more than a bit of Thomas the footman in him. The British concierge was inspired by butler Charles Carson. He has a similar sense of tradition and duty. In fact, some of his family were “in service” in England. However, Edward has a degree in hotel administration from Cornell University, and unlike Carson, Edward looks like George Clooney, because . . . well, that’s one of the perks of being a writer.

ArtsATL: After the viewing of each “Downton Abbey” episode, Edward arranges food and games. One of the games is a quiz in which the characters in the novel claim to be a certain character, but the quiz determines they are another. Who do you see yourself as? Who might the quiz say you are?

Wax: Hmmm … I’m still not sure. I found the WETA “Downton Abbey” personality quiz online, and I loved the clever, tongue-in-cheek nature in which it was written. I took it numerous times in an attempt to be one character or another and never quite managed to manipulate it properly. I wanted to be Lady Sybil or Lady Cora, but I believe I ended up as Carson.

The quiz made me think about the difference between what people see or assume about us versus who we really are — an issue I explore with Samantha, who looks as if she has it all but whose life is very different from what it seems. 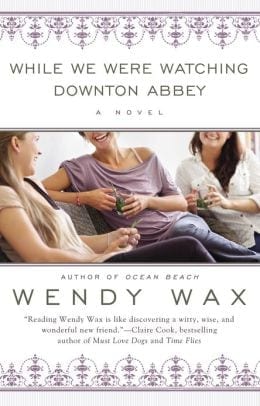 ArtsATL: In “Downton Abbey’s” time period women were not allowed to inherit or work, and a good reputation was everything. Things have obviously changed a great deal, but women continue to empathize, relate even, with the characters. Why do you think this is so?

Wax: For one thing, it’s hard to resist the lavish furnishings of Highclere Castle, where the show is filmed, and the sumptuous period clothing and detail. We get to watch a very sophisticated soap opera and feel as if we’ve learned something. Even today all of us have limitations we must overcome. I think [“Downton Abbey” creator] Julian Fellowes has done a wonderful job of letting us see beneath the glamorous exterior of these characters’ lives so that we care what happens to them.

ArtsATL: Your novel addresses class issues, especially through Brooke’s social-climbing husband and the entitlement that Samantha’s siblings feel. Do you feel these characters will ever see a difference between ambition and exploitation?

Wax: Only if I write a sequel! The main characters evolved and grew in the course of the story, but as in real life, some of these secondary characters don’t. There are lots of people, and relationships, that don’t improve. I don’t see Brooke’s ex-husband ever becoming sympathetic, but you never know. That’s what’s fun about fiction: you can do anything with a character as long as you make their motivation strong and believable enough.

ArtsATL: In the TV series, the Dowager Countess remarks to her daughter-in-law that it is sometimes more effective to be allies than friends. Can Samantha and her mother-in-law ever be friends? What do you think turns allies into friends?

Wax: I think it’s shared experiences, a sense of connection, and looking beyond a person’s exterior to what lies inside that allows friendship to develop. This is something I’m drawn to writing about repeatedly. I believe that, by the end of the story, Samantha’s mother-in-law understands what will make her son happy, even though it’s not what she thinks it should be. It will be up to both women to improve their relationship from there. Again, something that is hinted at but not completely resolved.