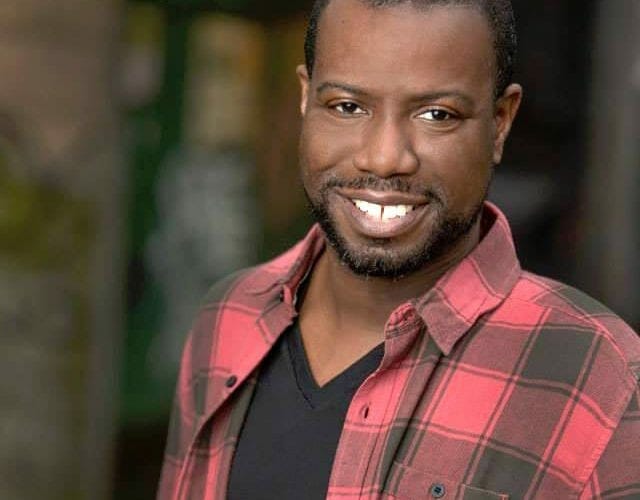 Jon Carr is one of four finalists for the artistic director job at Dad's Garage Theatre. He was once the company's marketing director, spent time as an Alliance Theatre administrator and has led Dad's as interim artistic director for several months.

Carr succeeds actor–writer–improviser Kevin Gillese, who led the company for 10 years and stepped back as of January 1. Gillese remains an ensemble member, leads Dad’s Garage Television and is anchoring a new branding initiative but wanted his future to be more artistic and less administrative.

Whether Carr’s interim tag is temporary or longer-lasting — he officially applied for the top job — will play out over time. The Dad’s board has been conducting a national search and plans to make a decision in February. Carr is one of four finalists. 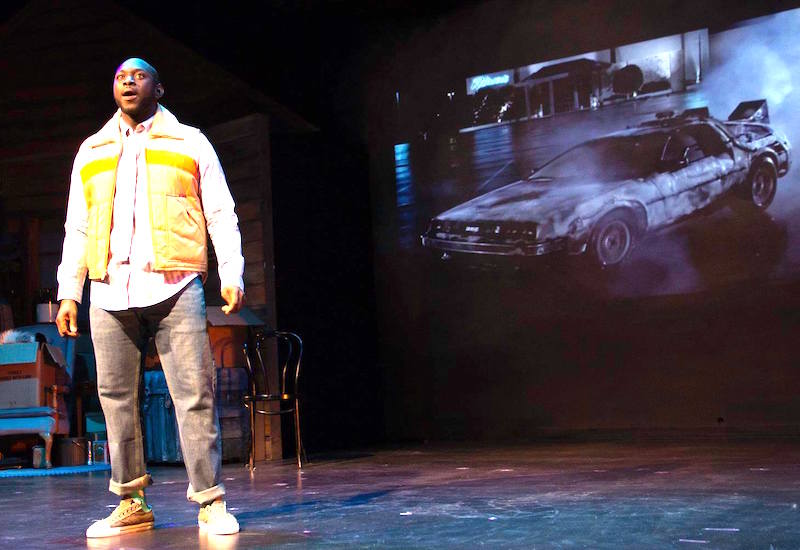 Actor Avery Sharpe in a scene from “Black Nerd,” the award-winning Jon Carr comic drama staged at Dad’s Garage in 2018.

He was born and raised in Los Angeles, where his family managed a clown and puppetry business. The family moved to Atlanta in 2001; Carr and his brother volunteered at the Center for Puppetry Arts and started improv classes at Dad’s. Assuming theater would always be a side gig, Carr got a business administration and marketing degree from Georgia State University.

But he took quickly to improv. He recalls his first performance as “terrible” but loved being in front of an enthusiastic audience, so he stuck with it and eventually became part of the Dad’s ensemble. Improv’s collaborative nature is what intrigued him.

“It’s not just your own ideas,” says Carr, now 40. “It’s about listening to others and working on something you could never make by yourself.” In 2012, Carr became director of United Atlanta Improv, which brought all metro area improv groups together for a one-night event. 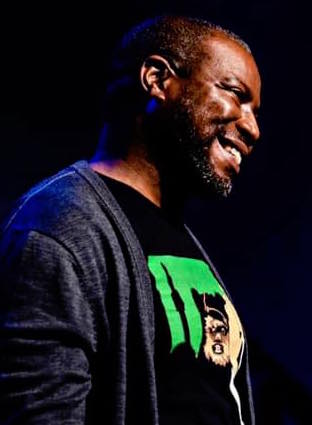 “Improv is about listening to different voices and other people,” says Jon Carr of Dad’s Garage, “and it became obvious when all the voices were sounding the same.”

He became more comfortable onstage over time and and began acting in such scripted shows as Cannibal! The Musical, The Dad’s Garage Going Out of Business Show and Effed Up Fairy Tales. By 2014 he’d become the company’s full-time marketing director and was writing plays, debuting with 2012’s The Wrath of Con, a script that followed five friends on a weekend outing at Dragon Con. The Wrath of Con 2, a sequel, followed in 2019.

His 2018 Black Nerd earned him the most attention he’s received as a playwright to date. The comic drama about a young black man, his family and his white friends was based on Carr’s own life. “I wrote it because I hadn’t seen a lot of my perspective and experience onstage — feelings of being trapped between cultures,” he says. “It was an opportunity to incorporate Dad’s Garage humor with issues I’ve had to deal with.”

The Suzi Bass Awards — Atlanta professional theater’s version of Broadway’s Tonys — did not see fit to endorse the show with its recommendation, a rarity for Dad’s. Once its run began and buzz built, a Suzi representative suggested Carr submit the script for consideration. He did, winning the 2018 Gene-Gabriel Moore Playwriting Award (named for a Suzi founder).

Carr is especially pleased with Dad’s ongoing push for diversity. “Improv is about listening to different voices and other people,” he says, “and it became obvious when all the voices were sounding the same. We’ve been intentional. We have an improv scholarship and give people a chance to be part of our cast with free classes. In our casting of new performers, we have an eye on those that we are under-representing. It’s not about throwing people in the cast for grant purposes. We want to create and develop voices.”

Carr left Dad’s briefly in early 2019 to become audience development manager at the Alliance Theatre. In November, Gillese invited him out for a drink. When they met, Gillese mentioned he was leaving the leadership job and that he wanted Carr’s help with the transition. He said he’d also recommended to the Dad’s board that Carr eventually get the full-time job. 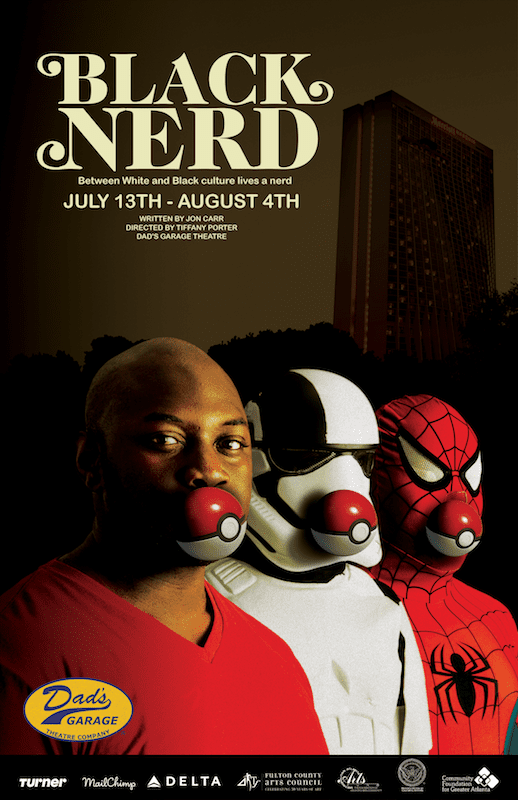 “I was very surprised,” Carr says. “My goal has never been to be an artistic director. My goal has been to create my own art and help people create theirs. Once I sat down and talked about what the position meant, I realized that the role is what I’m focused on — and what better way to do it than this.”

He’s been overseeing all of Dad’s artistic endeavors — scripted shows, improv shows and education efforts. Its stage, on Ezzard Street in the Old Fourth Ward, is busy 52 weeks of the year, hosting some 400 shows. The company itself dates to 1995.

“In a lot of ways, we’ve kept the bones of what has made Dad’s great, but we’ve evolved as we’ve moved on. People forget that Dad’s was started by seven Florida State University students who wanted to do theater for people like them — people in their 20s. As we’ve grown and developed, the lackadaisical guys-hanging-out-and-partying-wild theater has turned into a professional theater.”

Dad’s, in 2020, is producing its 25th season. Fiscal 2019, Carr says, brought its first $2 million budget. “I think we are focused and smart,” he says, “and have moved to a point where we are training Atlanta artists to go out and represent Atlanta and Dad’s Garage to the highest degree.”

He says he’d love to retire the “interim” label and get the full-time gig, but whether or not he does, he’ll keep finding a way to help artists — and remain part of the theater company he’s grown up with.