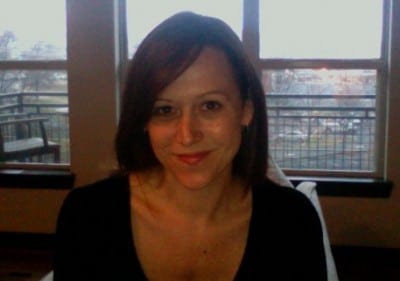 Michele Schreiber, who teaches film studies at Emory University, knows a little something about the bad girls of cinema. In her work at Emory, she focuses on how women are portrayed in various media, and she has assembled a fascinating range of programming with this fall’s “Dark Streets and Dangerous Dames: Film Noir (1944-1996).” The free film series, part of Emory Cinematheque, continues this week with Wednesday’s double feature of Edward G. Ulmer’s “Detour” (1945) and Rudolph Maté’s “D.O.A.” (1950) and will conclude November 30 with Jean-Pierre Melville’s “Le Doulos” (1962), with more classics and modern works in between.

Recently, Schreiber discussed with me her debut as a series curator and the continuing relevance of the femme fatale in film noir.

David Lee Simmons: Please tell us about your programming work before this series.

Michele Schreiber: I have programmed a few individual 35mm films for classes in the past, such as “Rosemary’s Baby” and “Hostel” for a graduate horror class and a 16mm print of Carolee Schneeman’s classic experimental film “Fuses” for a Women in Film class. But this is the first time I have had the opportunity to program films for an entire semester with both a student and public audience in mind.

Simmons: The programming for this series feels like an attempt to create a connective thread of women in film noir from the post-World War II era through today — the so-called “neo noir” films. What’s the goal there?

Schreiber: Well, I think that all noir films, both classic and contemporary, speak about gender whether your programming emphasizes it or not. That said, we used the term “Dangerous Dames” in the series title because, more often than not, it is a woman who is seen to be a destructive force in the noir universe. Why women are all of a sudden deemed a threat, as embodied through the femme fatale character, stems from a broader set of cultural and societal forces that are at the core of film noir’s thematic terrain. Thus, the “Dangerous Dames” concept was only one of the many connective threads that motivated the programming decisions.

The choice of films was largely determined by the structure of the class that is being taught in conjunction with the series, in which I focus on a whole host of different approaches to the topic. I wanted to cast the net a bit wider than just the “what” of noir, and focus also on the “why” and the “how” of it.

For instance, one of the class units is dedicated to exploring how noir serves as a barometer for broader cultural and sociopolitical concerns, and how these concerns get channeled through plot, style and narrative structure. The growing societal power of women is among them (as seen in “Bound”), but the unit also includes a consideration of the anxieties surrounding lack of socioeconomic mobility (“D.O.A,” “Detour” and “Chinatown”), the trauma of war and re-entering postwar society (“The Blue Dahlia”), and the growing tensions surrounding anti-Semitism and socialism (“Crossfire”).

Simmons: How does this programming dovetail with your academic focus, on feminism and post-feminist discourse in media? 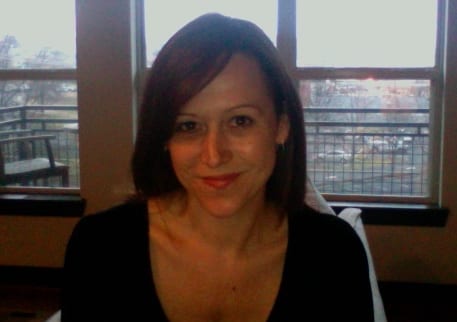 Schreiber: My research and writing is focused on how popular depictions of gender in the media reflect and inform broader sociopolitical and cultural trends and attitudes. Up until now, this has focused on media genres that are typically associated with women — both women characters and women viewers — particularly melodrama and romance. Noir is fascinating to me for all the same reasons as these genres — it has a lot to say about the broader tensions and anxieties surrounding both femininity and masculinity that are channeled through familiar plots and characters.

Simmons: Who are some of your favorite heroines or femmes fatale in this series? Who gets under your skin the most?

Schreiber: There are noir heroines that get under my skin in a pleasant way and others in a not so pleasant way. For instance, I find it almost excruciating to watch Vera, played by Ann Savage, in “Detour.” She has to be one of the most truly evil female characters in all of film history. Not only is she spiteful and manipulative, but the timbre of her voice is so grating on the nerves that you really do breathe a sigh of relief when she meets her untimely death by phone cord. On the completely opposite side of the spectrum is Kitty, played by Ava Gardner, in “The Killers.” She is cool, calm and collected, and her conniving comes by way of her stunning beauty and sultry movement. You completely understand how she is able to dupe every man in the film — not to mention why everyone in Hollywood was so taken by Ava Gardner.

Simmons: How do you feel that the female characters of today are “of their time” compared to how the classic femmes fatale were of their era?

Schreiber: In contemporary noir films, such as “Body Heat,” “The Last Seduction” and “Bound,” you see the female characters up the ante with regard to “performing” a particular type of femininity in order to get what they want. Certainly in the classic noir films, the femmes fatale had to pretend to be good when they were most certainly bad, but I see the contemporary characters as being more self-conscious in their appropriation of passive femininity as bait. In other words, these characters have a broader cultural and historical vocabulary of behavior on which to draw in order to appear like the woman they are not.

This to me is one of the brilliant elements of “Bound,” because the whole film is about how performative gender really is. All of the characters fluidly move in and out of feminine and masculine positions.

Simmons: As a fan of film noir, I’m still struck by how timeless and universal it remains as a genre and why we keep coming back to it. Why does our interest in it, and our desire to deconstruct it, never fade?

Schreiber: I imagine that the reason is different for everyone, but I continue to be drawn to classic noir because it presents a mystery that can never quite be solved. And I don’t mean the actual mystery that is sometimes presented within the individual films, but the mystery of the noir cycle itself. That is: how and why did these films get to feel so different from most of those released in America during this period?

It isn’t just the visual style, or the character types, or the storytelling techniques, or the industrial, sociopolitical or cultural context. It is some magic combination of all these things that just transcends a definitive explanation. I think we continue to watch noir because we like that we can’t really solve its mystery.

Simmons: How well do you think the neo-noirs of today hold up as particularly compelling works compared to the older films?

Schreiber: It is interesting you should ask, because I was discussing this with my students after last week’s screening of “Pulp Fiction.” To me, it feels like yesterday when I saw it on opening night during my senior year of college. But then it dawned on me that most of my students were two or three years old in 1994. I asked them if it still felt as fresh to them as it does to me. We agreed that what makes that film hold up well is that Tarantino goes to great lengths to vary his cultural references and keeps the costumes simple. Thus, the film doesn’t feel like a film of the 1990s specifically, but one whose date of production is difficult to pinpoint.

On the other hand, “Body Heat” is a film that feels very dated to me because Lawrence Kasdan was not as careful to take these same steps. The soundtrack is very dated, and the scenes depicting sexuality are bordering on laughable now. This is not to say that it isn’t a great film; it just feels like a great 1980s film.

Simmons: The programming seems to stop at the mid-1990s. Was that by design? Were there more recent works you wanted to include but couldn’t?

Schreiber: The only film that I wanted to show but couldn’t — because apparently there are no prints in circulation —  is “The Last Seduction,” which is mid-1990s as well. The periodization ending there wasn’t necessarily by design. It was more because, with the exception of “Brick” and perhaps “Sexy Beast,” there haven’t been a lot of noir films released since the mid-1990s that add something different to the conversation.