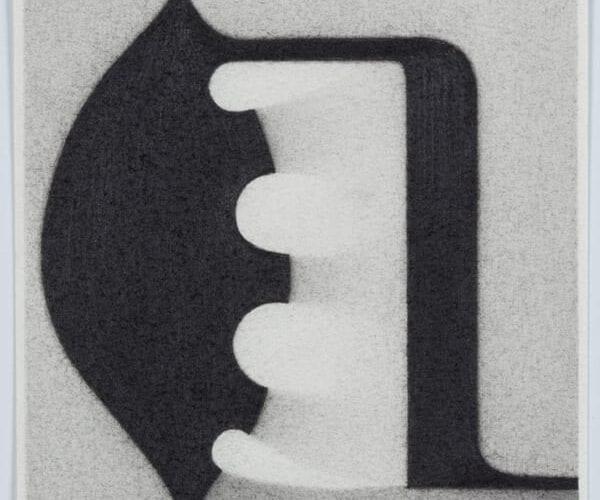 Cullum’s Notebook: Artists explore the many shades of gray at four Atlanta exhibitions

Several recent Atlanta exhibitions have me thinking that “shades of gray” is such a useful phrase, it’s unfortunate that it became associated with a passing but potent literary/cinematic phenomenon. (I refrain from judging the quality of the book and the film; here, it’s the three words themselves that interest me.)

Gradations between stark white and pure black were once regarded as evidence of subtlety, which is probably one reason that the phrase “shades of gray” became a metaphor for moments of ambiguity in which nothing is completely self-evident. In photography, the ranges of the gray scale have traditionally been all about subtlety combined with clarity, not ambiguity. Think of the unambiguous quality of an Ansel Adams landscape, captured through a rigorous process.

Considering the Yousuf Karsh American Portraits exhibition, at the Jimmy Carter Presidential Library and Museum through May 20, was especially interesting after several other Atlanta exhibitions set me to thinking about shades of gray. Karsh was a master of black-and-white photography in the literal and metaphoric sense of putting well-lighted subjects against very dark backgrounds. His photo of President Carter is a case in point. I found it fascinating to consider the uses of shades of gray in these 48 iconic photographs. The stylistic and thematic range is considerable, encompassing not just subjects such as Winston Churchill and Eleanor Roosevelt, but Jonas Salk, Georgia O’Keeffe, Muhammad Ali and others famous in all walks of life (including, of course, Martin Luther King Jr.). Karsh wasn’t above symbolism when it suited him; the presidential photo is both dignified and dramatic, while Rosalynn Carter’s portrait is dignified but almost excessively at-home (in the White House, that is) domestic. But in general, he avoided symbolism beyond facial expression; the classic example is Churchill’s perturbed stare, brought about by Karsh’s sudden removal of the cigar from his mouth just before the shutter was pressed.

In similar fashion, the sudden dominance of gray in three Atlanta exhibitions seems to be devoid of obvious symbolism, even when the artists consider the act of art making to be a form of response to the difficult conditions of the culture at large. Since one of them ends very soon (Saturday), I shall consider them in order of their closing dates. Le Chic, at Poem 88 through April 14, actually began with gray, or grayish, artwork inspired by Andy Warhol’s wallpaper. At the instigation of curator and gallery owner Robin Bernat, the Flower Power Collaborative (Bernat, Jon Ciliberto, JoAnne Paschall and Justine Rubin) produced an oversized floral pattern as an independent artwork that would also become the backdrop for paintings by Carol John and Zuzka Vaclavik, which could almost be called color-crowded were the colors not so inventively organized. Paschall contributed the facing wall’s mural of a galax leaf, delineated in white against a near-gray that reads as gray when paired with the wallpaper opposite. As was the case with the work on the wallpaper, the vivid palette of Erin Vaiskauckas’ photographs and Sharon Shapiro’s painting and collage stand out strikingly against a background that is more clearly meant as original artwork.

Paintings by Hannah Tarr and collages by Justine Rubin round out an exhibition that deserves more discussion than I can devote to it in this format. Bernat asked for art reflecting the contemporary female condition while paying homage to pop sensibilities, and what she got from the artists is nothing short of stunning. If it’s feasible for you, I strongly recommend seeing the show before it closes this weekend. Shapiro’s paint-and-collage combination of trophy wives with California mid-century architecture is probably the most arresting work in the show, but all of the exhibition deserves close attention. Kit Reuther’s New Abstractions, at Sandler Hudson Gallery through May 5, is a striking contrast to Poem 88’s content-heavy confrontations. Apart from a few geometric forms, the emphasis is on paint, and on a limited palette. Paradoxically, the least contrast-laden of these are the best works; their capacity to combine muted white with tonal ranges of gray initially set me to thinking about the topic. The exhibition provokes analytical contemplation, but what the extended look reveals is the diversity of subtle effects that can be wrested from the meeting of colors that are sometimes barely distinguishable from one another. (Patches of muted color do appear in some of the works, but it’s the gray on grayish white that I personally find most striking.) Pete Schulte’s The Lamplighter, which fills three separate galleries at Whitespace through May 5, is abstraction that looks as purely divorced from the world as can be imagined, but as the metaphor of the title suggests, Schulte has in mind the illumination of a world growing increasingly dark. The shades of gray might be thought of as the shadows cast by the light source of the creative imagination, although this is not Schulte’s exact comparison.

Although once again it is the gray-on-gray gradations that I found most striking, the most mesmerizing piece in the show is a collaboration with musician Andrew Raffo Dewar in which the electronic composer devised a haunting 70-minute piece from the data of Schulte’s physical reactions during his creation of the drawing displayed at the far end of the small, windowless Whitespec project room. The transformation of selected digital data is combined with the transmuted sound of Schulte’s pencil and pencil sharpener. Here, Schulte’s contention that the work of the imagination has real effects in the world stirs visitors’ emotions in ways that the bare juxtaposition of geometric forms does not.