"Family of Farmers" by Iraqi painter Mahmoud Sabri was posted by Instagram user @thisispomafakas. "This artwork," he wrote, "reflects on the early life of the artist as he struggled with social and economic changes due to the wealth gap."

When Covid-19 closed the National Center for Civil and Human Rights, exhibitions director Lauren Tate Baeza had two choices. She could wait for the quarantine to be lifted before welcoming visitors back or she could reimagine a showcase that could meet audiences wherever they were. She chose the latter and doubled down by inviting local creatives, activists, friends and accomplices to help her crowd-curate a digital show in a social-media campaign titled #artforequaldignity. 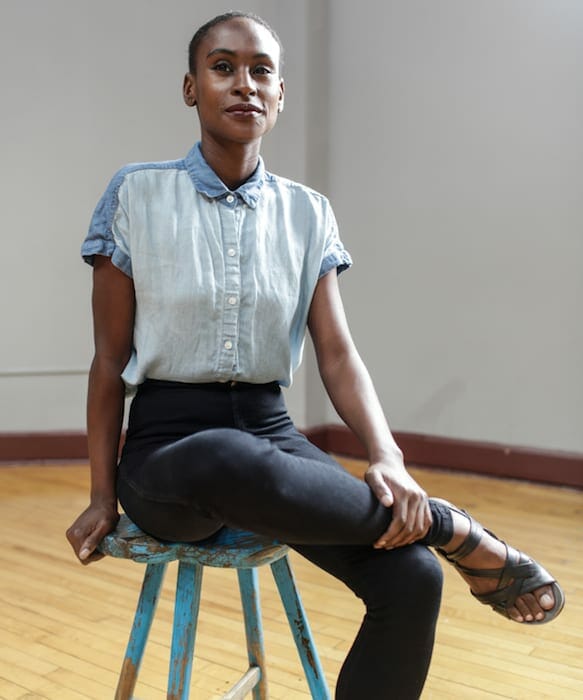 “We do society a disservice by not inviting poets, artists, philosophers and innovators to the [problem-solving] table,” says Lauren Tate Baeza. (Photo by Gabriela Arp)

The social-media effort is an extension of the Campaign for Equal Dignity, which was launched by the Center for Civil and Human Rights when it closed to visitors in March. The campaign explores racial justice issues related to Covid-19 and police violence, and focuses on providing opportunities for people to learn and take action. The #artforequaldignity project allows people to crowd–curate an art exhibition.

“Picasso said, ‘Art is never chaste. Art is dangerous,’” Tate Baeza says. “Frequently, we look to politicians, business leaders and academics to come up with solutions for problems that have equity implications. But we do society a disservice by not inviting poets, artists, philosophers and innovators to the table. They have absolute value and often many of the answers to the most difficult problems of our time. Showing the absolute value, necessity and utility of creative expression is what this campaign is about.”

Social media users are invited to showcase an artist of their choice as a facilitator of empathy and a catalyst for change. Although participants are encouraged to share art 24/7, the biggest online push takes place every Friday in July, using the #artforequaldignity hashtag. More than 200 images have been tagged on Instagram to date. Last Friday, the campaign was shared by celebrated Brooklyn muralist José Parlá and New York’s Bryce Wolkowitz Gallery. Unsurprisingly, artwork depicting Congressman John Lewis have been popping up since his death Sunday.

These are the guidelines for participants:

So far, the Center’s Diamond Bradley, the Atlanta BeltLine’s Miranda Kyle, the High Museum of Arts’ Catherine Huff and Samara Minkin, manager of public art for the city of Atanta’s Mayor’s Office have collaborated to help spread the word-of-mouth campaign. 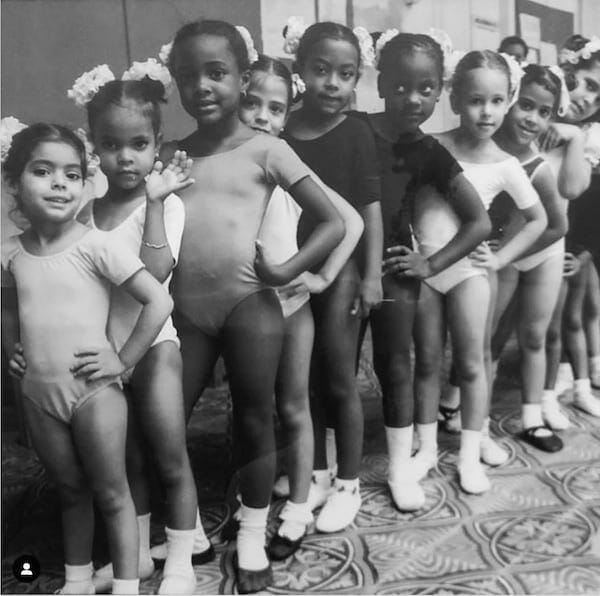 This photo from @sanshadance, says @chrissie.at.ookla on Instagram, shows beautiful, young ballerinas from various racial backgrounds. “I assure you,” she wrote, “that their respective races are the last thing these girls are thinking about.”

Images have come from institutional leaders, entrepreneurs and artists including the Woodruff Arts Center’s Doug Shipman, the High Museum’s Alex Delotch Davis and artist Addison Karl. Those posting have written such thoughtful captions that Tate Baeza envisions creating a website to document the collection. And when the International Development Studies Program at UCLA assigned the project to high-schoolers, students taking a gap year and university undergraduates this summer, it broadened both the conversation and mindsets.

It’s been easy for Tate Baeza’s core audience of creatives and artists to search their memories and recall a work of art that speaks to human dignity and supports the thesis that art has the power to mobilize people, overthrow governments and change us, she says. Most young people, on the other hand, have had to do research. She says she hopes the exercise will prompt their understanding that art is not something frivolous and decorative but a stylized expression of experience that can prompt them to sit with an idea, reflect on it and render meaning. 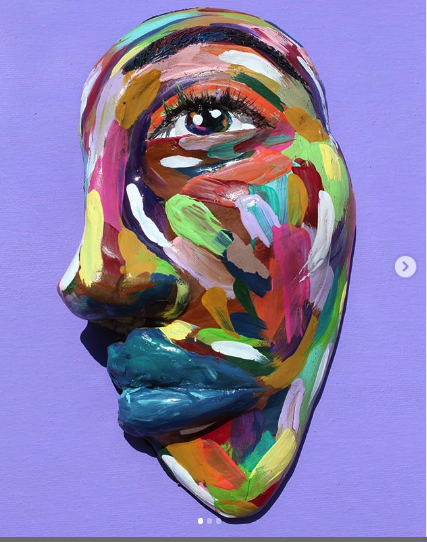 “Woman of Color,” a painting by Jacksonville, Florida, artist Alyssia Gibson, was posted on Instagram’s @artforequaldignity campaign by @trumblyids.

Tate Baeza sees museums as sanctuaries, similar to churches or other religious spaces, where people can find respite and a place to synthesize complex ideas. And while she doesn’t know when the Center will reopen, she’s committed to building community as everyone adapts to the consequences of staying socially distant.

“We’re the most social mammals on the planet,” she says. “We process information in a variety of ways — through small gestures, a raised eyebrow, muscles that tighten or relax. When we can’t collect that data we become disconnected and less clear. Being quarantined is counterintuitive to our species. So I wanted to create something that re-engaged people digitally with an initiative that rivaled an exhibition’s power of storytelling.”

The showcase already demonstrates how the confluence of activism and art helped our forebears reconcile unanswerable questions. But if it inspires a collective commitment to the preservation of dignity, no matter how daunting the challenges ahead, #artforequaldignity will reinforce Picasso’s conviction that, “. . . painting is not made to decorate apartments. It’s an offensive and defensive weapon against the enemy.”