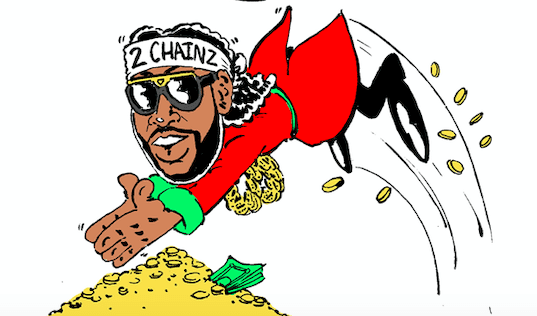 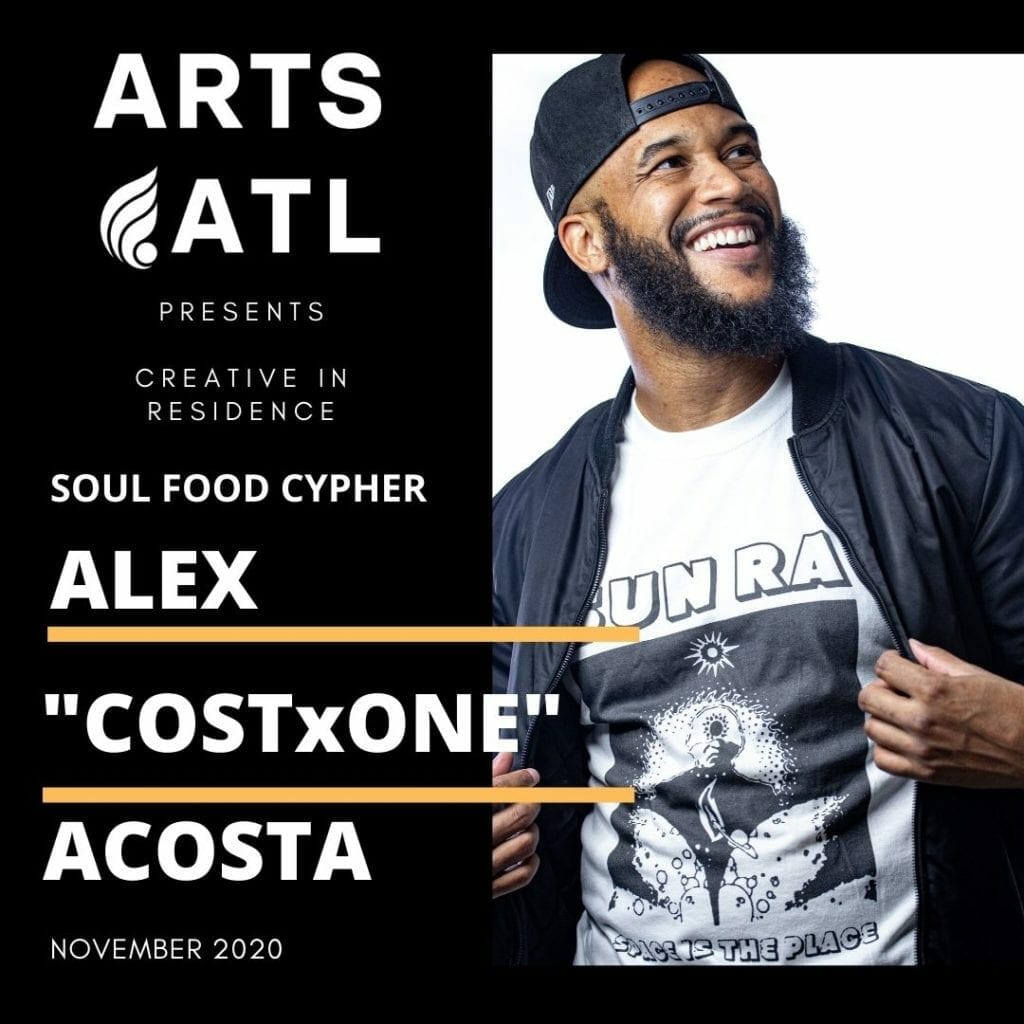 Hip-hop is the soundtrack to life. Despite corporate commodification, the craft remains steadfast as musical documentation of our collective experiences.

In lieu of the reality of today’s political landscape, let’s imagine how our needs would be articulated if some of Atlanta’s hip-hop personalities were part of Atlanta’s city government.

(ArtsATL’s Creative in Residence project seeks out Atlanta’s diverse arts voices. Look for a story each Thursday (and Wednesday, November 25) this month. llustrations for this piece by FRKO.)

Human resources should equip members of society with gainful employment that best uses their respective skill sets while providing them a livable wage, avoiding horrible concepts such as “best practices,” “talent” and “human capital.” Alas, job reports typically address those who are employed, disregarding the underemployed or working poor. We need diverse job opportunities that fulfill the needs of a global society while respecting the diligence of craft and trade and offering a space for everyone to prosper. That is quite similar to what Ryan Cameron has accomplished across Atlanta radio for more than 20 years, supplying the soundtrack to the city while being a voice for the people. If there’s a place for you in the frequencies of Atlanta, he’ll put you in tune with it. 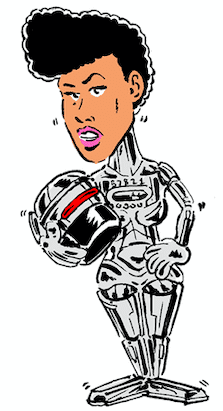 The police are here “to protect and serve,” yet that has been perverted to apply only to the powers that be, protecting their interests and serving to oppress our community. We need to feel safe, with the ability to call upon law enforcement to mitigate issues without fear of becoming another hashtag. This would require, among myriad other things, a firm sense of justice and an innate will to protect our people. Janelle Monae has displayed the spirit that’s necessary, using her voice to speak out against police violence and serving as a champion for Black women and other overlooked segments of the population, demanding us to be better to ourselves and each other. She would lead a force of arch-android robocops under her command, creating safe spaces from our timelines to our streets.

City planning is something Atlanta has long sought a balance in, teetering between a naturally forming cluster of communities and an overprocessed 21st-century colonization project. Too often the tactics look as they did with the 1996 Olympics — clear the streets of undesirables and any monuments to the “old” Atlanta. Communities from the Old Fourth Ward to Ben Hill ought to be afforded the same luxuries, from craft breweries to affordable housing to properly funded schools. Jermaine Dupri crafted the scene of Atlanta, sonically terraforming the city into a suitable habitat for hip-hop and R&B to thrive. Just as that iconic So So Def billboard oversaw all those entering the city from the south side for a generation, JD would keep a watchful eye on the continuous development of Atlanta into an urban mecca. 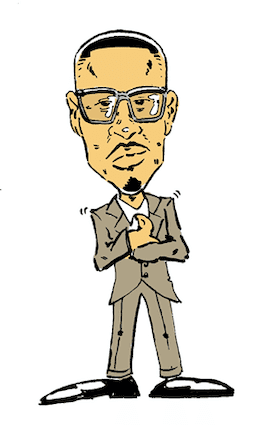 Contrary to popular belief, the city attorney’s responsibilities aren’t focused on sending people to jail but rather protecting the city’s interests in legal matters addressing civic, economic and even ecological concerns. The revisionist history of Atlanta only remembers a bustling city replete with myriad gentlemen’s clubs and an abundance of cash money. However, we were once a small gem in the South with established neighborhoods that directly propelled and fed into the civil rights movement. The community needs to be shielded from the excessive, deliberate gentrification spurred by transplants from overpriced and overcrowded locales. Protect the community from corporate giants with agendas aimed at colonizing the city, tearing it down brick by brick and rebuilding it in their image. There is nary a fixture in the legacy of our metropolis that would meet the prerequisite criteria necessary to oversee these affairs in a more articulate fashion than our own T.I. A renowned MC of explicit candor who is well-acquainted with all sides of the proverbial spectrum of law, T.I. would possess the capacity to defend our great city from this nefarious opposition as well as pursue beneficial avenues of prosperity for everyone.

Atlanta has long been seen as “a city in the forest,” with lush green spaces and tree canopies surrounding urban developments. This, along with our temperate climate, puts us at a distinct advantage in appreciating the great outdoors. Too often, though, the focus of that appreciation centers more on the Dogwood and Inman Park festivals than Black College Weekend, aka the artist formerly known as Freaknik. The community deserves to get crunk with freedom and impunity from Cascade to Perkinson Park. Lil Jon is a personification of our city’s energy in its purest form. His music may not have struck a chord with more “mature” listeners, but it’s where an era of Atlantans found the space to be proud, angry, carefree or whatever other root emotion was sparked by his genius. The King of Crunk would graciously provide more spaces and opportunities for fun and activity throughout his kingdom.

Atlanta’s chief financial officer is tasked with managing the city’s resources, getting to the bag and providing high-yield investments to fund sustainable growth. Transparent accounting practices ensure that all constituents are informed of the ways in which funds are allocated. We have been seen as a veritable land of milk and honey, with the plot behind another rebuilding of the city being fully sparked by 1996’s Olympic flames. However, the displacement of Black Atlanta families amid the shutdown of project communities aided in the creation of an ever-widening wage gap. We need to see funds invested in maintaining historic communities, divested from gentrification that has economically shut out would-be residents, and an intentional focus on increasing the quality of life for everyone. There is no greater example of stimulating an economy and rebranding themselves as a power among our ranks than 2 Chainz. Tity Boi was well known behind the scenes for playing his role and generating revenue long before his name change. The innovation of his rebranding opened him to another level of social consciousness, and it was a lot more creative than “West Midtown.” He would handle our finances as a proverbial duffle bag, and be fresh as hell while doing so (the feds are watching, of course).

To say that the importance of I.T. to city infrastructure has grown exponentially would be a gross understatement in this digital age. With constant threats of hacks, phishing and incessant robocalls, there’s a need to gird ourselves against these new dangers. Children have been unable to complete virtual learning in these trying times because consistent and reliable wireless services are relegated to Cricket Wireless tents and MetroPCS promotions. The community needs access to high-speed, fiber-optic internet that will keep us connected and informed. Childish Gambino has made a major impact because of the internet, expanding his reach across all forms of media and technology, from movies to television to music. He’s earned the respect of his community and can help pilot us forward in this millennium. 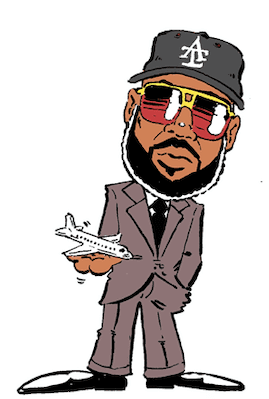 Welcome to the capital of the not-so Dirty South. The role of the general manager of aviation is to effectively manage travel in and out of Hartsfield-Jackson Atlanta International Airport, including — but not limited to — facilities, ground transportation and hotel accommodations. Atlanta has become one of the “go-to” destinations for people around the globe, due in part to its rich cultural heritage, positive representation of Black faces and spaces, and a nightlife that can be experienced even in the daytime. However, many of its worthy residents are not afforded the ability to jet-set. The community needs discount fares applied to financially strapped individuals, flying perks extended to those working in the terminals (not just airline employees) and a wage increase for all diligent airport workers. One of the flyest MCs to ever grace a mic, Big Boi can effectively ensure Atlanta’s status as a transit hub remains secure. OutKast has taken us to altitudes no ordinary plane could ever reach and could manage directing traffic throughout the world safely. Added bonus: Every flight in and out of Atlanta shoots lemon pepper from the exhaust pipe.

There is very little “correct” about the Department of Corrections, an issue that extends well beyond the city of Atlanta. Many view the prison industrial complex as a gladiator school of sorts, serving only to create hardened or more experienced criminals. In reality, our community needs reinstated rehabilitation in the forms of social learning, addiction counseling, functional job training, and paths to viable private and public sector employment. A person’s journey cannot be defined by their incarceration, and Gucci Mane has proven that, coming home better than ever. Given his own experiences as well as the opportunities he has provided for young artists and entrepreneurs to create their own legacies, he would oversee a process in which those who make mistakes are able to learn from them and re-enter society as better individuals. 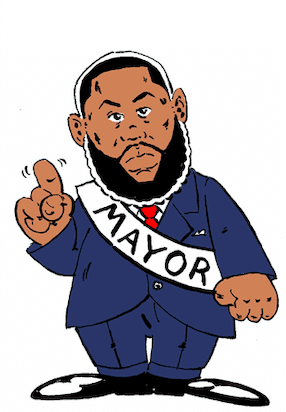 The mayor acts almost as the president of our municipality, tasked with enforcing all laws and ordinances as well as collaborating with city council and other members of local government. It’s imperative that the mayor is able to account for the proper disbursement of city funds and the presentation of and adherence to the city budget. The community does not need a hero, but it does need an advocate. Public services should be available with fidelity to all pockets of the city: old and new, low-income and affluent alike. There cannot and should not be a disjointed Atlanta with only a select few deemed worthy of its myriad treasures. Our city of red clay and ripe peach trees should remain a bastion of hope and prosperity where the dream of the Rev. Martin Luther King Jr. lives alongside the bravery of the Honorable John Lewis, the vision of Maynard Jackson and the tenacity of Xernona Clayton. Killer Mike has pledged his allegiance to Atlanta throughout his career, taking an active role in the real-life politics of the city. His reaction was in front of the whole world as he spoke on what Atlanta meant to him during the protests against police brutality, and that passion for preserving what Atlanta has long symbolically served as — the one true Black American metropolis — would serve each and every one of us well.