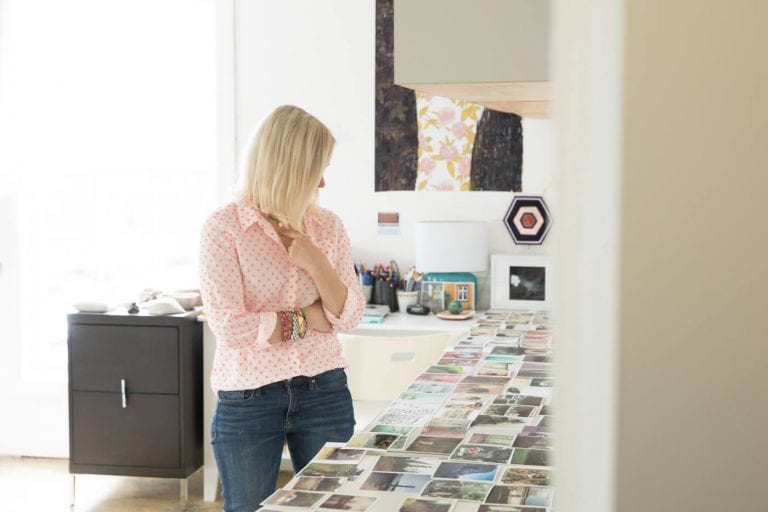 Hobbs in her studio.

For photographer and installation artist Sarah Hobbs, making art is an obsession. And not just in the way that most artists are intensely passionate about their work — her meticulously planned installations and photographs help bring order and a sense of calm to her mind, which is fastidious to the point of having OCD tendencies (though she’s never been formally diagnosed). “I like having everything in its place, and arranging and ordering things,” she explains. “It’s very cathartic for me to make this work.”

The majority of Hobbs’ work culminates into large-scale photographs of elaborate interior setups, generally featuring hundreds (or many thousands) of objects stacked or placed together — mountains of packaged fortune cookies piled on a floor, walls covered from top to bottom in streams of gold tinsel or layered rows of paint sample sheets, large bedroom walls that look ostensibly colored in by hand with Sharpie. 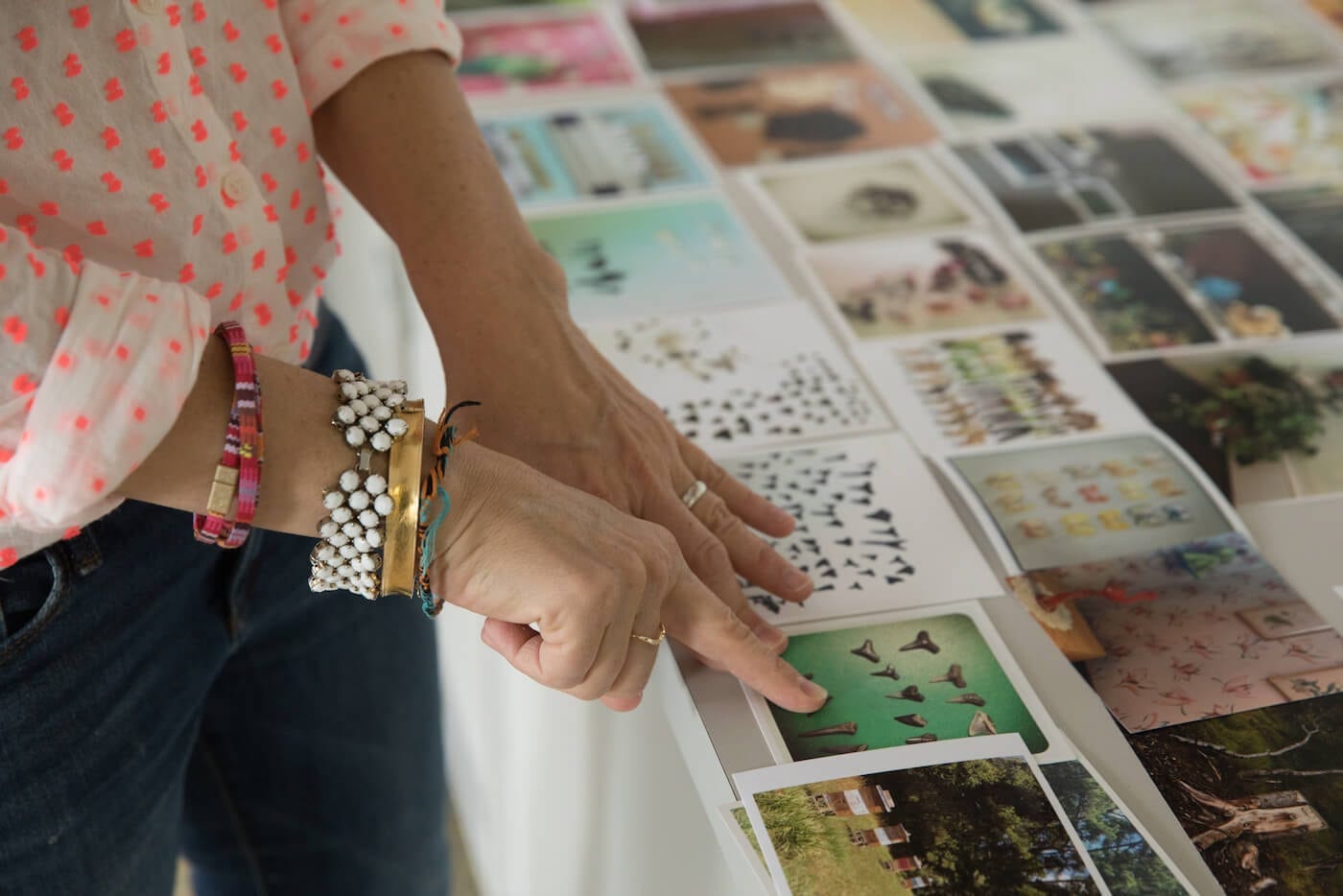 In general, her work looks tedious and time-consuming, if not immaculate — any slightly unfinished detail seems to be intentional, revealing the process of the creation of the pieces themselves. “I don’t think that I could do this work as well if I didn’t have compulsive tendencies myself,” the artist explains. But while Hobbs’ pieces help her explore and even soothe certain psychic idiosyncrasies of her own, she hopes it can also do the same for others. “For me, the viewer is the one who completes the work,” she says. “Someone can look at a piece that’s about claustrophobia and feel something entirely different. On one level it might be comforting, another level it might be eye-opening, and it starts a conversation about something personal that might usually be difficult to discuss.” Hobbs adds that seeing work that touches on issues related to mental health can create helpful conversations and bring awareness to some of those issues in a whole new way.

A Columbus, Georgia native, Hobbs’ penchant for photography was formed at a young age via her hobbyist grandfather, who inspired her to save up money to buy her own Polaroid camera at age 10. “I didn’t really know what I was doing with any of it or why, but I just really enjoyed it,” she says. “I always wanted to find a way to express myself through art — it took a while to put photography and making photography [in college] to do that together.” 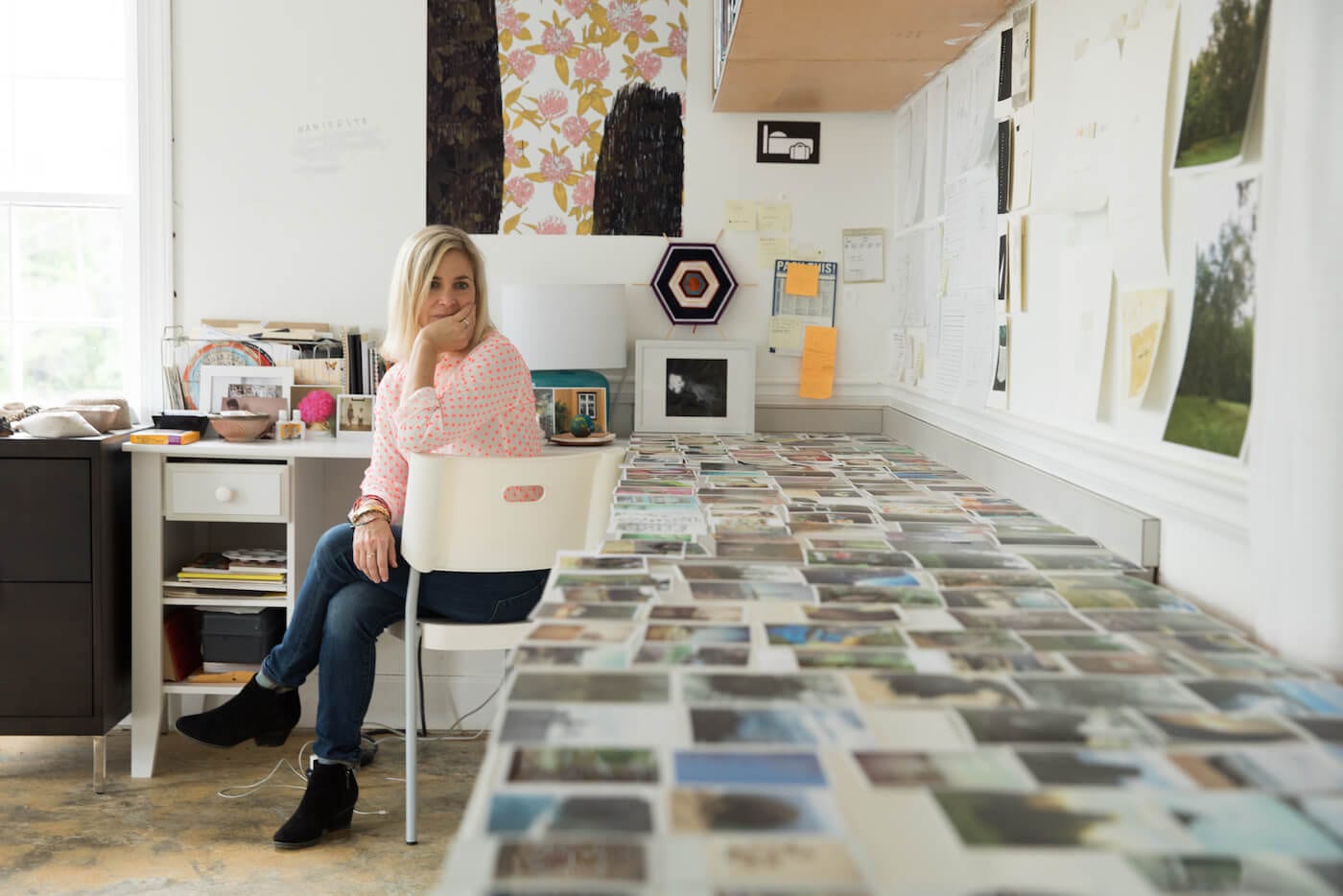 Hobbs received her BFA in Art History from UGA in Athens, before returning to the school for her MFA in Photography in 2000. Now a full-time working artist, she’s accrued a sizeable handful of awards and accolades, including an Artadia grant award in 2011, Dave Bown Projects Photography Competition’s grand prize in 2015, a Walker Evans Focus Fellowship at AIR Serenbe in 2016 and an Idea Capital grant award earlier this year. Additionally, she’s held 16 solo shows and been featured in dozens of group shows all across the U.S., from Georgia, Virginia and New York to California, Pittsburgh and Washington, D.C.

Recently, Hobbs has also branched out to on-site installations — the process of picking between the two mediums is something she says works itself out, more or less. If a piece is enhanced by the use of multiple senses (like sound or touch), it becomes an installation. If there’s just one part of a room she wants to focus on, that’ll likely be a photograph. “When I have a site that’s interesting, that is accessible, where I can bring people and have that make sense, like when I did installations in the storage facility [for her piece Repository], the concepts made a lot of sense with that,” says Hobbs. “It just wouldn’t have worked as photographs, so it usually draws itself.” 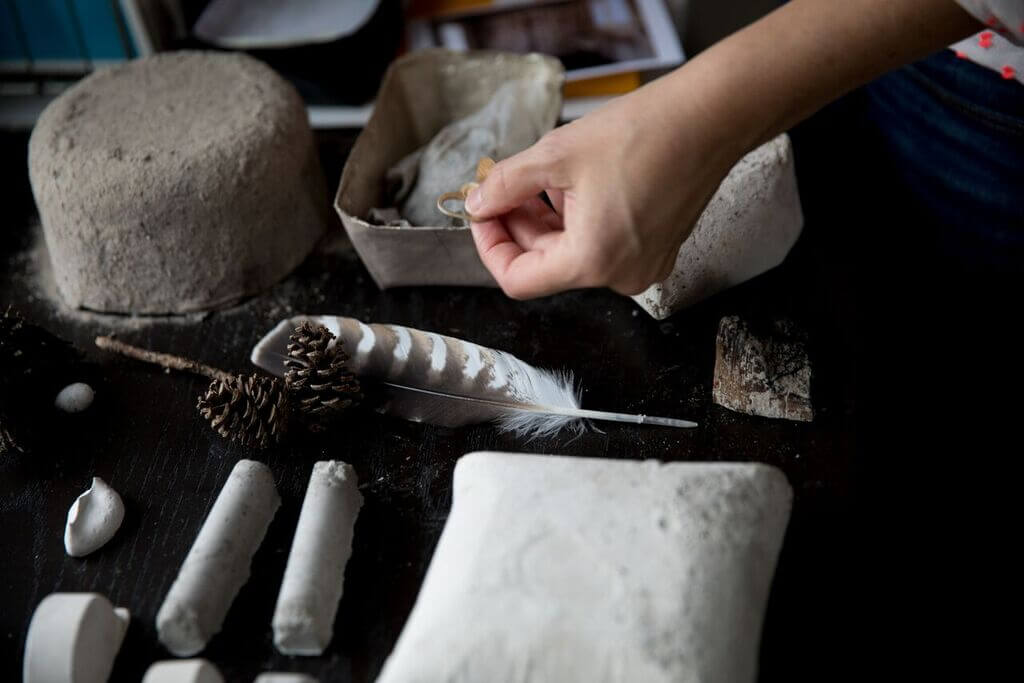 Though she’s hard-pressed to define her aesthetic at first, “I certainly want there to be a sense of beauty,” says Hobbs. “I don’t want it to be cold or clinical, I don’t want the concept to override a sense that the image or the installation is pleasant to look at or to be in. I hope that it is engaging on a level of beauty but the beauty that we’re all inherently flawed.” Along with the perhaps unsurprising avenues of books, music, movies and television, Hobbs tends to use conversations with friends that touch on humor, sadness, phobias and neuroses as inspiration for her work. “I don’t ever want to analyze one specific person, and my works are not ever about one specific person, but there are times when there’s a news story that’s so insane that I take something from that,” she says. “There’s so much about my work that has to do with the fact that our phobias and neuroses make living just a little bit harder.”

With a slew of accomplishments under her belt (including a photography book titled Small Problems in Living that was published by Distributed Art Pub Incorporated in 2012), Hobbs is now dipping her artistic toe into creating video work. “There are a lot of ideas I have that are great as photos or as installations, and there are a lot of ideas I have that don’t work as either, that need a time-based element to it,” she explains. “Video just seemed to be the right answer. It’s very different now because there are going to have to be people in the videos for it to make sense. It is very new territory.”

As one of four finalists for the Hudgens Center for the Arts’ 2017 Hudgens Prize, she’s been working to scout shoot and installation locations for the pieces that will be part of that show. Learning she’d been chosen as a finalist was “such a great validation,” she says. “You sit in your studio every day and work and work and question yourself and you put work out there. It’s just nice from time to time to have a group of people say, ‘Yes, we find this worthy to take another look at.’” This fall, she’ll also have an installation at Whitespec gallery in collaboration with her friend and fellow artist Hannah Israel.