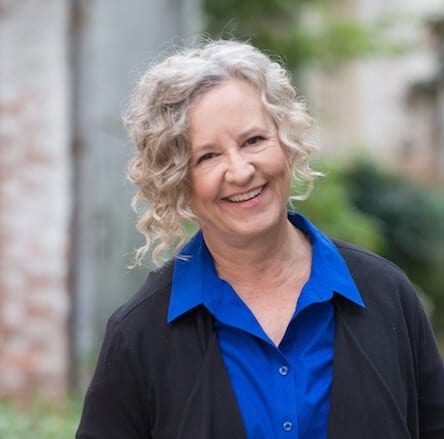 A conversation with author Trudy Nan Boyce about writing, racial inequity and her time at the APD

Trudy Nan Boyce shakes her head and laughs when recalling her first assignment as a creative writing student back in 2001.

She hadn’t signed up for classes at the Callanwolde Fine Arts Center with any aspirations of becoming a writer. Instead, she just needed a place to unburden herself while trying to figure out the recent death of her best friend, the simultaneous breakup of her marriage and a job that required her to reconcile the worst aspects of human nature.

As a sergeant in the Crimes Against Children Unit of the Atlanta Police Department, Boyce started each day poring over 30 to 40 officer’s reports, all of which had been filed the night before, of children who’d been sexually or physically abused or neglected. Prior to that assignment, she’d served as a beat cop, homicide detective, senior hostage negotiator and lieutenant for over 20 years. So when her writing teacher challenged the class to “describe following someone,” Boyce had a mother lode of memories to choose from.

“I flashed back to patrolling a lonely street, solo one night, in the shadows of the Falcons’ stadium,” she says. “The neighborhood had been cut up by the expressway, streetlights were mostly shot out, every other lot was vacant and the houses that remained were mostly falling down.”

Back then, Boyce was in the habit of keeping her windows rolled down so she could use all five senses to anticipate whatever lay ahead. Still, she was startled when a woman leaped from the darkness and into the headlights of the squad car, screaming, “You’ve gotta help me find my man! He’s cut and he’s bleeding.”

Turns out the victim was bleeding because the woman, who was clearly dealing with a long-term addiction, had cut him during their latest dust-up.

“I asked, Why do you stay together if you’re always fighting like this?” says Boyce. “And she grabbed her crotch and said, Because he loooooves my coota-pot-pie!”

Fifteen years later, that woman and her man inspired two characters named Shannell and Big D, and their fictionalized son, Lil D, in Boyce’s debut novel, Out of the Blues (G.P. Putnam’s Sons, 352 pp.), which earned Boyce the 2017 Georgia Author of the Year Award and the 2017 Pinckley Prize for Crime Fiction. The trio reappeared in her follow-up crime drama Old Bones (G.P. Putnam’s Sons, 352 pp.), and fans can expect Shannell, Big D and Lil D to make a comeback in the trilogy’s prequel, Policeman’s Daughter, when it’s published in February.

The series revolves around APD Detective Sarah “Salt” Alt — a decent, intense and focused person with some holes in her game. “Salt came about,” says her creator, “because in some ways, I guess, I wanted a better version of myself. She’s faster, stronger and better looking than I was, but we share a dedication to the community.” 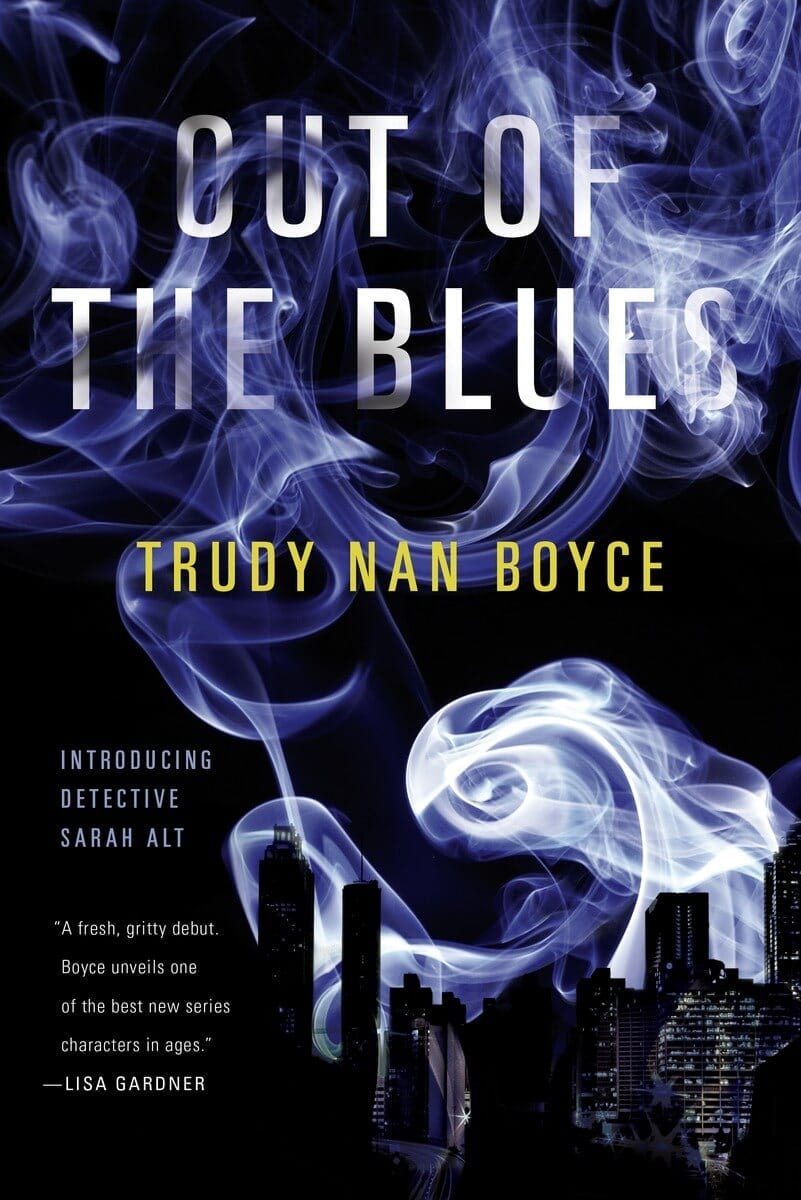 Though Boyce retired from the force in 2008, like many ex-cops, she says she’s still haunted by one case from her past. “I still cannot wrap my head around a thirteen-year-old being missing, her body decomposing near a frequented path, and nobody reports the body or her being missing,” Boyce says of the real-life mystery that took place on her watch in the Northwest section of Atlanta known as “the Bluff,” which inspired a central plot point in Old Bones.

Unlike most veterans, Boyce gets to revisit cold cases from the perspective of her crime-fighting alter-ego, Salt.

Though she did not have the luxury of crying over senseless murders while in uniform, the tears flow freely in hindsight. She says it breaks her heart when considering the fate of children, like Lil D, being raised in abject poverty and the subsequent pipeline to prison.

“He’s the proverbial kid standing on the street corner, in a white tee and baggy pants selling drugs,” she says. “The one we pass in our cars and say to ourselves, Why don’t you get a job? But I know how much the deck has been stacked against kids like him.”

Boyce says being partnered with officers whose life experience mirrored Lil D’s broadened her understanding of how systemic and institutionalized racism can lead to inequities and a lack of access to resources for the children she served. Her exposure to tests that measure implicit bias illuminated how some men are presumed innocent, while others are presumed guilty, by virtue of skin color alone. And she was sensitized to the roots of the criminalization of Black men thanks, in part, to books like Douglas A. Blackmon’s Pulitzer Prize-winning nonfiction, Slavery by Another Name: The Re-Enslavement of Black People in America from the Civil War to World War II.

She believes the writing process has deepened her understanding of the communities and people she once served. She knows her characters inhabit a world that is utterly foreign to her average reader and hopes to bridge the gap by fostering empathy among the latter group.

“Trudy has captured the essence of Atlanta as only a police officer who has worked here could,” says Major Darin Schierbaum, commander of the APD’s Training Academy, who first crossed paths with Boyce when she was his supervisor in 2003. “Prior to becoming a police officer, she earned her PhD in community counseling and was our department’s in-house psychologist. She was a very effective homicide detective and commander because she cared about people and knew how to connect with them. The imprint Trudy left on our department persists to this day.”

Two hallmarks of Boyce’s legacy center on her efforts to increase awareness of mental illness within the police department.

She collaborated with the National Alliance on Mental Illness (NAMI) to help launch Georgia’s first Crisis Intervention Team (CIT) in 2001, and was named National CIT Officer of the Year in 2008. In 2002, she helped institutionalize the Homeless Outreach and Proactive Enforcement (HOPE) Team by training police officers to recognize a range of abnormal behaviors — resulting from PTSD, Alzheimer’s disease, drug addiction or homelessness — which often triggered 911 calls and led to unintended consequences.

“Law enforcement is trained to come in, take control and get a situation resolved immediately,” says Pat Strobe, a mental health community advocate who has known Boyce since 2006. “But Trudy taught officers to take time and see the humanity in everyone. If she could resolve a 911 call with love and compassion, as opposed to force, that’s how she would proceed.”

As a hostage negotiator, Boyce says the #1 question on everyone’s mind was “what I said to make people drop their weapon, or come down from the ledge.” But from a very young age, she’d learned that listening was key to deescalating tension.

Growing up the daughter of a minister in the rural South, Boyce says, “when there was a crisis — whether a domestic violence situation or someone struggling with addiction — you didn’t call the cops or the psychiatrist at 3:00 in the morning. You called my dad,” the Reverend James H. Boyce, to whom Out of the Blues is dedicated.

Atticus Finch and Scout come to mind when Boyce paints a picture of her seven-year-old self tagging along with her dad while he visited shut-ins and people who were dying or struggling with a mental illness. She weeps as she explains how “He wasn’t a preachy kind of preacher. He was ‘Let me hold your hand,’ always ready to be of service as a good human being.”

“Kurosawa said, To be an artist means never to avert your eyes. So whenever I feel like I can’t say something as a writer, that’s a sure sign that it’s exactly what I need to say.”

And, more likely than not, precisely what her readers need to hear.