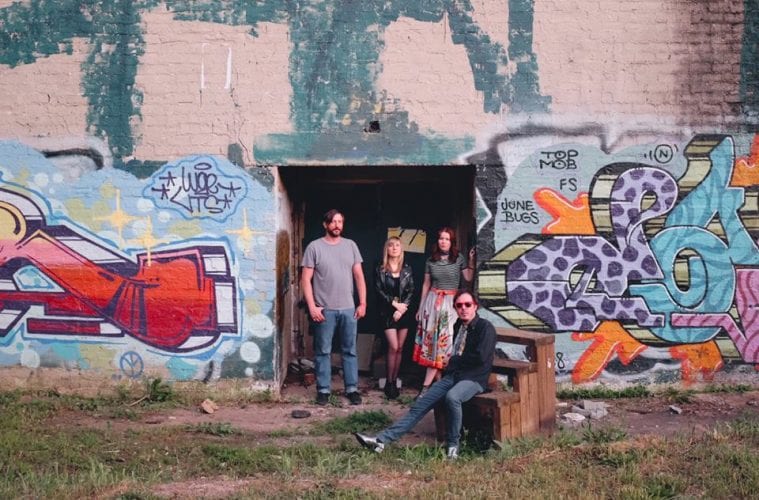 Nikki Speake’s voice is a haunting echo of simpler times, when wood-framed radios and glowing amber lights brought music to the masses. With Anna Kramer (bass, vocals), Russell Owens (drums) and Aaron Mason (guitars) rounding out the group as a four-piece, Nikki & the Phantom Callers weave a southern gothic tapestry with punk rock tendencies. The quartet takes the stage of Venkman’s on January 25, primed to tear through a raucous set with special guest Rod Hamdallah from the Legendary Shack Shakers on lap steel.

Nikki & the Phantom Callers debuted last summer via 7-inch with the release of What the Daughter Does, the Mother Did. The record is a call-and-response between Kramer and Speake, who craft inventive harmonies. While the EP successfully dipped into the group’s psychedelic Americana, a new record is in the works with Ben Etter from Maze Studios, due out later this year.

Nashville’s Them Dirty Roses opens the show with Shooter Jennings, rocketing into the land of outlaw country — shrouding listeners with a sinister veil of blues, country and, more often than not, whisky.