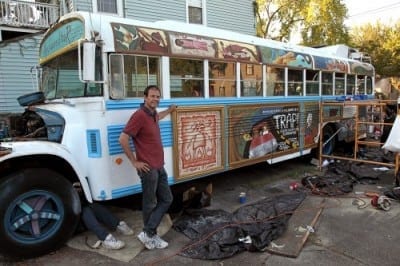 Funny thing about George Dawes Green. He’s a best-selling, Edgar Award-winning novelist — author of “The Caveman’s Valentine,” “The Juror” and “Ravens” — but the non-profit organization he founded, “The Moth,” is more famous than he is. “The Moth” is a multi-city celebration of storytelling in all its forms, with a podcast that racks up more than 2 million downloads a month: one of the oldest forms of human communication hitched to one of the newest forms of delivery.

Now Green, who grew up on St. Simons Island and lives in Savannah, is taking some of the spirit of “The Moth” on the road in a new storytelling and music tour, dubbed the Unchained Tour, that pulls into Manuel’s Tavern October 28-29. (Ironically, although the tour is partly to support independent bookstores, Green said there aren’t any in Atlanta big enough to handle the expected crowd.) 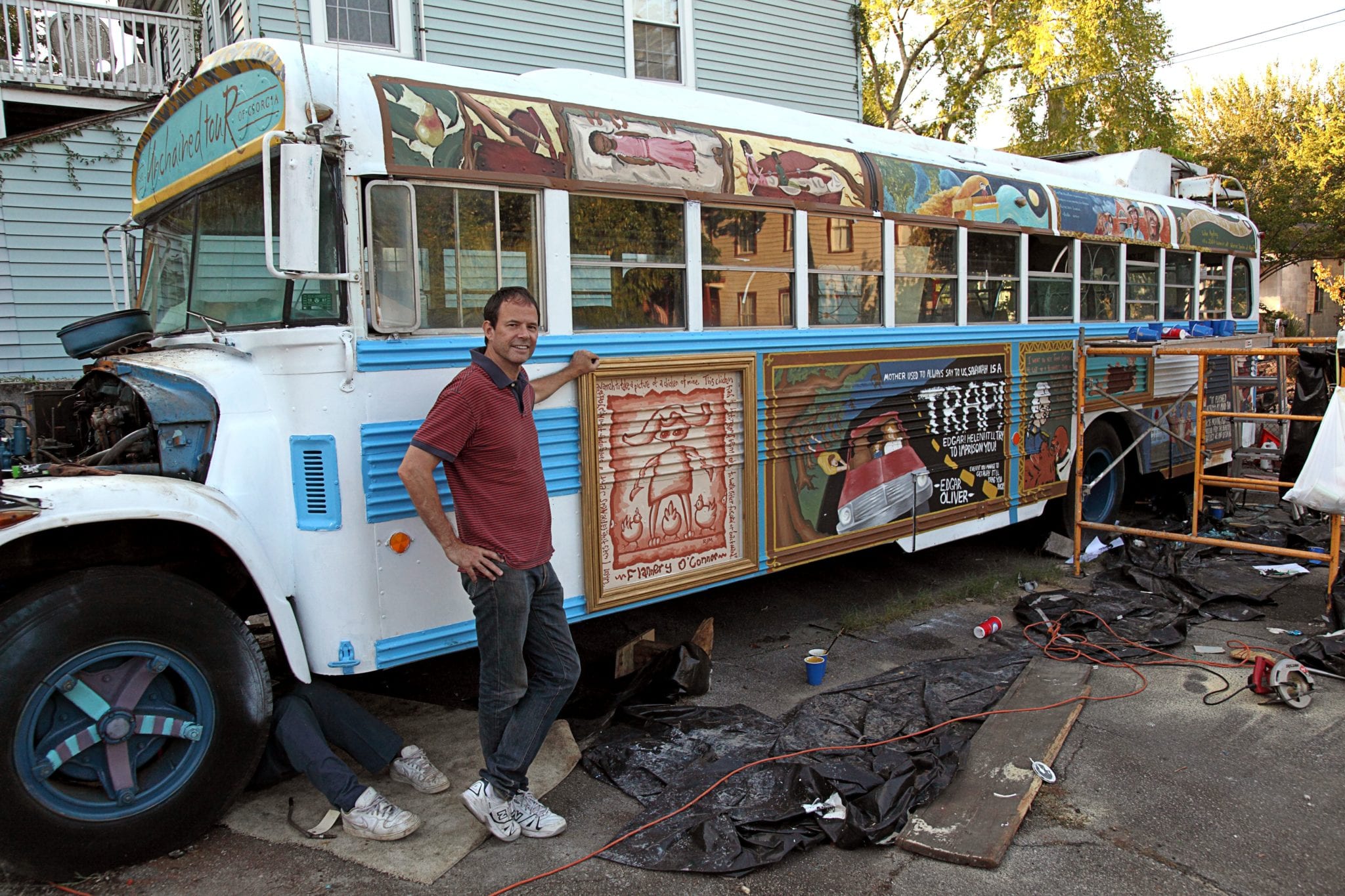 Green and a group of like-minded folks — storytellers Tina McElroy Ansa, Dan Kennedy, Wanda Bullard, Edgar Oliver, Juliet Wayne Hope and Chad Faries, and musicians Katy Rose Cox, Michael Trent and Cary Ann Hearst — are touring Georgia in a colorfully painted school bus to support independent bookstores and proselytize fans to unchain themselves from the Internet and connect with their communities. Upcoming dates include October 23 in Savannah, October 26 in Augusta, October 27 in Canton and October 28-29 in Atlanta. Tour and ticket details are available on the Unchained website.

I spoke to Green on the phone — where else? — while he was on the road, headed for a gig.

Phil Kloer: Where did the idea for the Unchained Tour come from?

George Dawes Green: I had a new book out last year, “Ravens.” On the book tour I noticed that  some of the independent bookstores were really flourishing and for some it was a bit of a struggle. I thought maybe I could bring some energy to bookstores if I brought in Moth-style raconteuring. So I decided to start a brand-new group. We bought a 1975 Blue Bird school bus and got 30 artists to paint all these neat scenes from Georgia stories on it. We loaded it with raconteurs and musicians and hit little towns where there are still independent bookstores.

Kloer: When I heard of this I thought of the Merry Pranksters in the ’60s and Bob Dylan’s Rolling Thunder Revue in the ’70s, both of which were famous bus tours of creative people. Were you trying to establish a similar sense of community among your performers?

Green: We were definitely thinking about the great American bus ride. That’s been a tradition even before the Pranksters. The Pranksters bought that old school bus to drive around, and the Blue Bird is a school bus. Our bus looks a lot like their old bus. Just that sense of getting on a bus, going out and seeing little towns, and that sense of community we share in the bus. Pulling up in a bus is a good way to get a welcome in a little town.

Kloer: Did you choose Georgia because your roots are here?

Green: I live in Savannah now. I used to go to my friend Wanda Bullard’s house on St. Simons Island and sit on her porch and drink bourbon and tell stories, and that’s what inspired the Moth.

Kloer: You’ve played some pretty small towns. Are they receptive?

Green: Small towns have loved us. In Thomasville we had to turn people away. Remember, 240 public radio stations carry “The Moth.” We have 2 million downloads every month of our podcast. So people know who we are everywhere.

We think independent bookstores should be the center of a living cultural community, with nights of storytelling and music and book clubs. A flourishing bookstore really needs to provide these kinds of evenings for the community. A lot of people don’t even have porches any more. They go in their house and they turn on their computer and they surf and that’s what they think of as community. We’re trying to get back to real communities and real stories.

Kloer: Is there a Luddite tendency, in a good way, built into this?

Green: Yeah. I think we’re all Luddites here. [Laughs] We recognize we live in a technological era. We have a website. We have a Facebook page. But we really believe that reading a real printed book is a lot more pleasureable than reading an e-book or spending so much time online, being sucked into that glowing oblong screen.

Kloer: Is that what you’re unchaining yourself from?

Green: Exactly. We’re saying make a commitment to independent bookstores. Get a little free from this Internet domination, this web we have all been caught in. And start leading real lives as opposed to virtual lives.