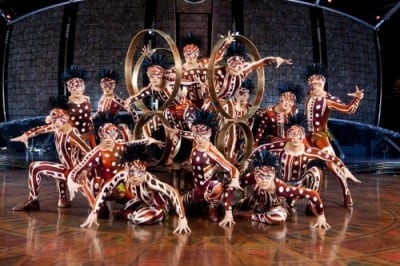 The most noteworthy thing about “Dralion,” the new Cirque du Soleil production in Atlanta, isn’t what it is so much as where it is. For 20 years the Cirque troupe has been coming to town, pitching its striking blue big-top tents (Le Grand Chapiteau) and offering extended runs of its unique multimedia-mystical circuses. “Dralion,” however, is a Cirque arena-touring show, so it is set up for a quick seven performances at Philips Arena August 25-28, followed by eight at the Arena at Gwinnett Center, August 31-September 4. For tickets to either venue, click here. 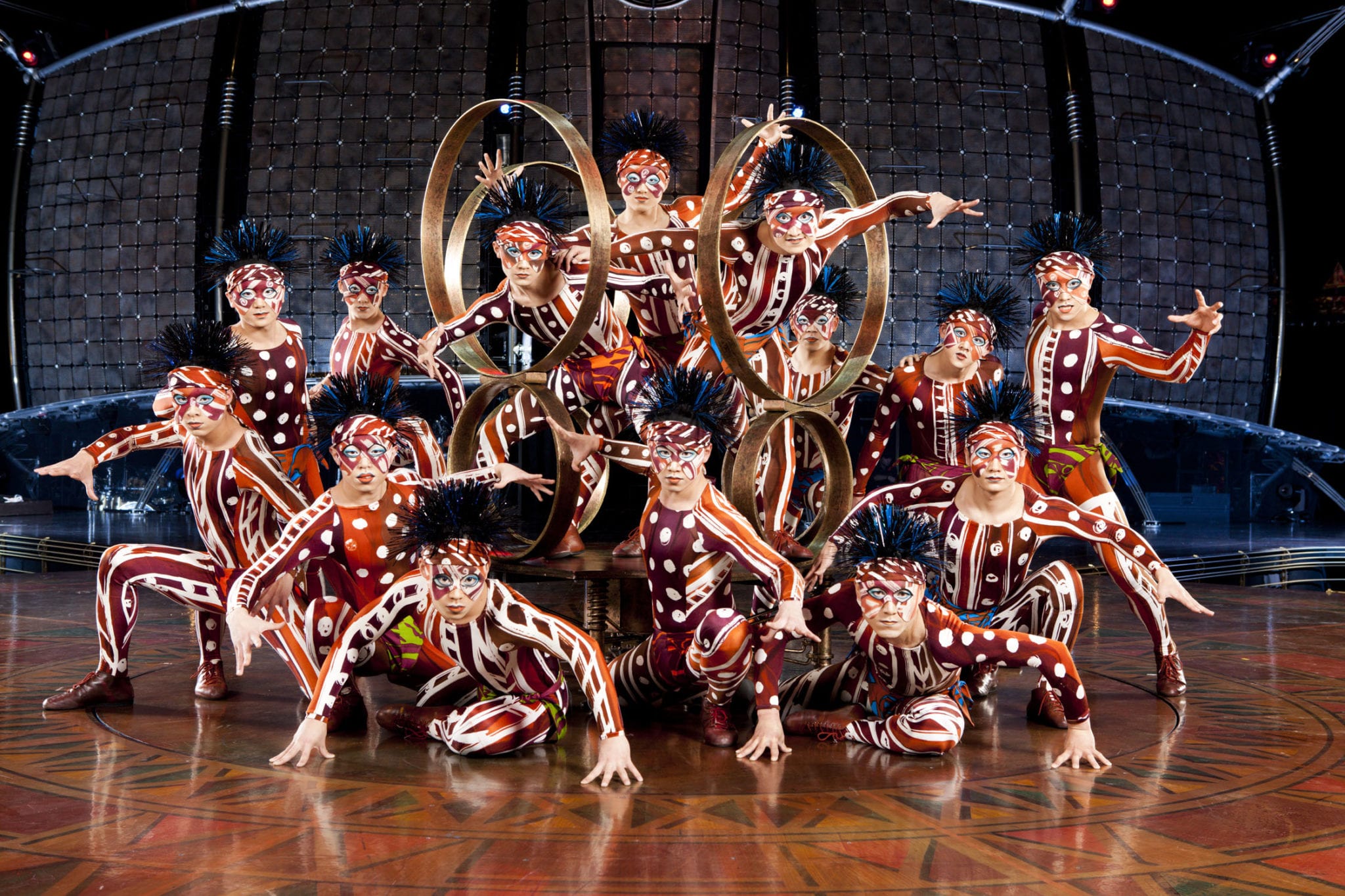 Nearly all the Cirque trappings are in place: the jaw-dropping acrobats, the clowns, the live music that blends multiple influences (this time, Latin, Asian, Eastern Europe and even — Sacre Merde! — Scottish bagpipes), the costumes that would make Lady Gaga envious. But even though huge swaths of Philips Arena seats are draped with blackout curtains to create a more intimate atmosphere, the industrial-cavernous feel of the arena still makes the show seem less magical than the Grand Chapiteau versions. (Philips and Gwinnett are configured for about 4,500 seats for these shows; a typical Cirque big top seats about 2,500.) Actually, it’s not the tent itself as much as the scale; I’ve seen permanent Cirque shows in Las Vegas and Orlando that were grand fun, because the size of the show fit the size of the theater. 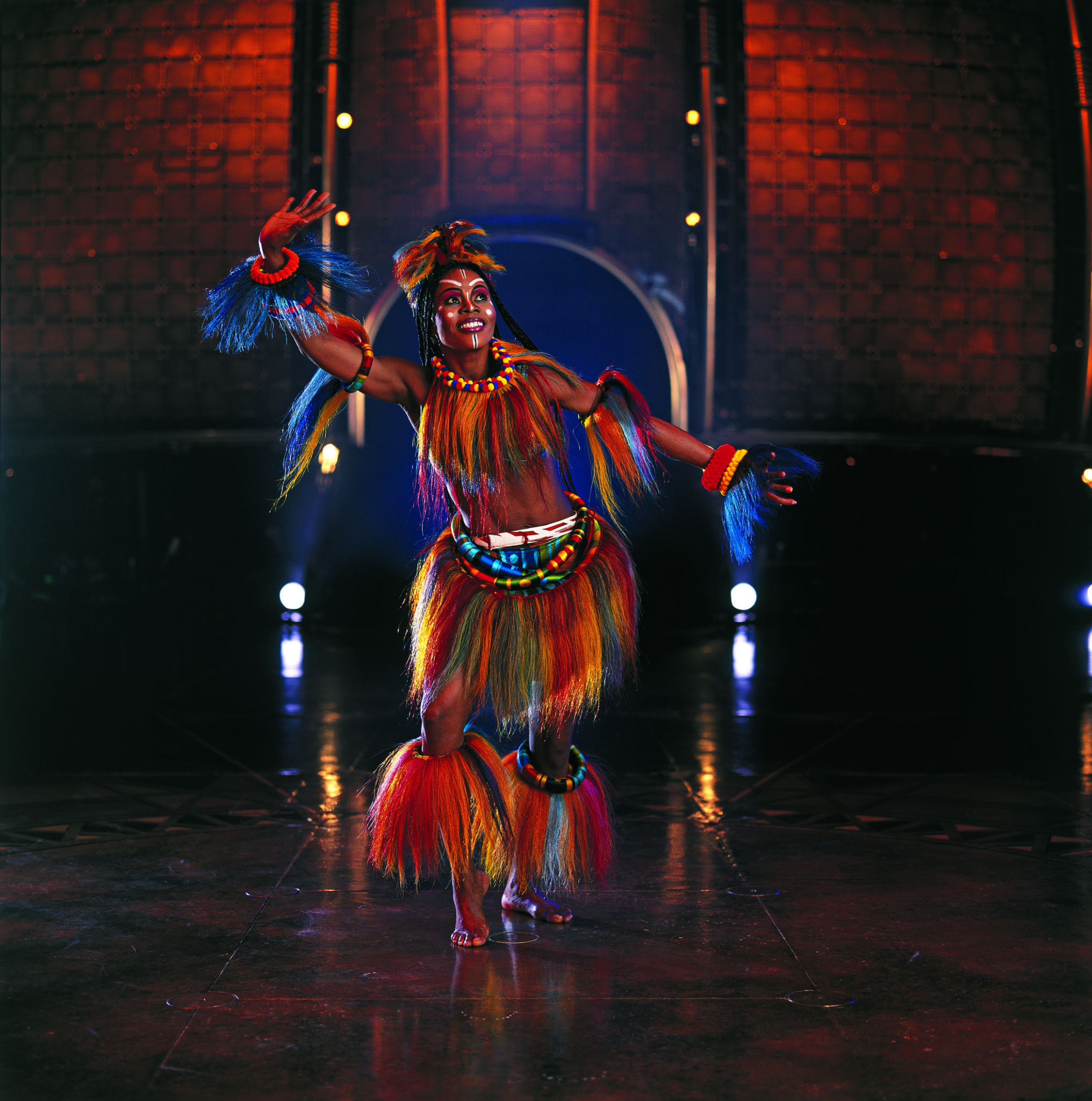 “Dralion” (pronounced dray-lee-on) is a portmanteau word for a cross between a dragon and a lion, and some large manned puppets that look sort of like that, by way of Sid and Marty Krofft, do come out and cavort occasionally. There isn’t much of a frame story, and even though the Cirque frame stories frequently range from weird to incomprehensible, “Dralion” misses that element a bit. The last Cirque show here, “Ovo” in November, was one of the best blendings of story and acts that Cirque has done.

And Cirque fans who saw “Ovo” will find “Dralion” particularly pedestrian. One number, with performers who bounce high on trampolines and scale a high vertical wall, was done with more performers, a bigger wall and a lot more drama in “Ovo.” But there are several captivating performances in “Dralion,” including a beautiful dance in which men in black costumes twirl women in white gowns against a black backdrop, creating a ghostly effect, and the most kick-ass jump rope stunting you’ve ever seen.

Cirque du Soleil fans needn’t fear that the Canadians have abandoned big-top touring; “Dralion” is just a different economic model. The individual acts can astonish, but the special Cirque glue that binds them and makes the whole greater than the sum of its parts is missing this time around.